J.K. Rowling, L'Oréal, Goya, Ellen DeGeneres and more incited the wrath of the internet this year
READ THIS NEXT
The 30 best creative brand moves of 2020 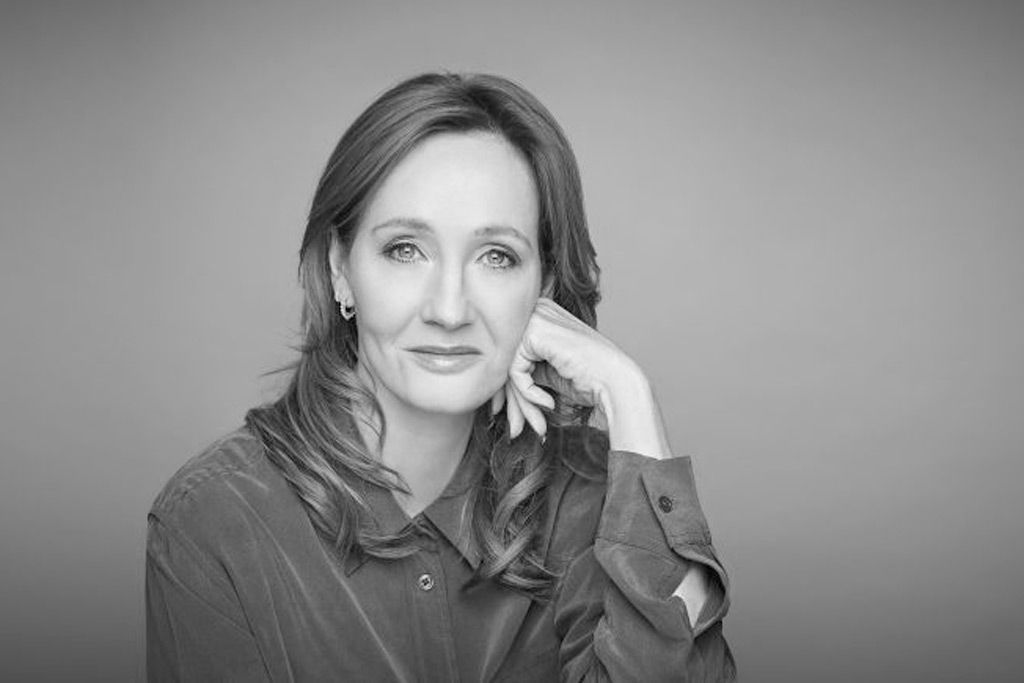 2020 proved that cancel culture is alive and well. With the backdrop of a worldwide pandemic and a nationwide reckoning with racial injustice, people took to social media throughout the year to proclaim a number of famous celebrities—from J.K. Rowling to Ellen DeGeneres—and brands—from Netflix to Oatly—officially “over.”

Oftentimes, these people and brands are degraded because they have committed offensive behavior or shared beliefs that don’t fit in social norms or stand as politically correct. The internet is especially unkind to those who commit acts that go completely against their brand. In fact, some people believe cancel culture has gone overboard and propose to cancel “cancel culture.” This year, even gushed-over Baby Yoda received some cancels after the animated creature ate frogs eggs in an episode of “The Mandalorian.”

For brands, it’s still a cultural phenomenon that could easily lead to a public relations crisis and potentially hurt business. After all, 64% of consumers will buy or boycott a brand because of its position on a social or political issue, according to a 2018 Edelman study.

Here are the people and brands who have felt the sting of being publicly #canceled this year:

For many who grew up reading the “Harry Potter” series, J.K. Rowling served as a childhood hero. For those who felt ostracized, the books’ themes of acceptance seemed to say there was a place for them in the world. But this past June, Rowling lost many of those fans.

Rowling chose Pride Month for the time to tweet out another round of transphobic beliefs. She commented on a Devex opinion article about “people who menstruate,” tweeting: “I’m sure there used to be a word for those people. Someone help me out. Wumben? Wimund? Woomud?” She followed that up with further comments on how sex matters, and something trans people cannot change.

For many fans, it was the last straw. The hashtag #canceljkrowling began trending on Twitter.

Harry Potter and the author who lost all her fans.

I know it sounds like shit, but so does @jk_rowling with her hateful rhetoric. #canceljkrowling

Celebrities from the “Harry Potter” film series and spinoff series “Fantastic Beasts,” including Daniel Radcliffe and Eddie Redmayne, also spoke out against the author’s comments. Radcliffe posted on the website of LGBTQ suicide prevention charity The Trevor Project: “Transgender women are women. Any statement to the contrary erases the identity and dignity of transgender people.”

GLAAD tweeted: “JK Rowling continues to align herself with an ideology which willfully distorts facts about gender identity and people who are trans. In 2020, there is no excuse for targeting trans people.” The LGBTQ organization advised people to direct their anger into supporting organizations that help Black trans people.

While the incident doesn’t seem to be hurting Warner Bros.’ Wizarding World universe, the backlash has not ceased and could be affecting some branded partnerships. Five months after Rowling’s tweetstorm, underwear company MeUndies apologized to customers on Instagram for releasing a “Harry Potter” line of underwear.

The whole motto of the “The Ellen DeGeneres Show” is “be kind,” and yet host Ellen DeGeneres found herself accused of the complete opposite in a scorching BuzzFeed article in July. The article relays several interviews with former show employees who describe a toxic work culture. One Black employee told BuzzFeed she eventually walked off the show because she couldn’t experience any more racist comments and microaggressions. “Cancel Ellen DeGeneres” trended on Twitter as other people shared their uncomfortable experiences with the program.

That resulted in DeGeneres apologizing to her staff and Warner Bros. launching an internal investigation, which led to three executives leaving the show, which vowed to change its culture.

Partnerships with the franchise since the backlash have not gone over well. In November, Funko created an Ellen DeGeneres Pop! Figure exclusively available on DeGeneres’ website, and the Twittersphere was not amused. “I thought cancel culture canceled her?” read one tweet. Another user asked: “Y’all making an Adolf Hitler or a Pol Pot pop next while you’re at it?”

Rapper Doja Cat faced Twitter hastags #DojaCatIsOverParty and #DojaCatIsCanceled after being accused of participating in allegedly racist internet chat rooms, days after seeing her first Billboard No. 1 hit. Footage shows the rapper using a racial slur in the chat rooms in May. Doja Cat, whose real name is Amalaratna Zandile Dlamini, apologized to her fan base, but not too many of her fans appreciated her touting her South African heritage in her apology.

Doja Cat proves though that just because you’re a victim of cancel culture, it doesn’t mean you can’t return to glory. Billboard ranked her as its No. 1 new female artist of 2020, and she landed in the Forbes 30 Under 30.

“Cancel Netflix” began trending on Twitter in August and September over how the streaming site promoted its foreign-language film “Cuties.” The film is meant to be about a preteen girl who emigrates to France and rebels against her past culture by joining a dance team.

But Netflix users did not like the marketing of the film, which seemed to sexualize the children, showing them twerking as part of their dance movements. Netflix updated the promotional materials and apologized about how the situation was handled, but mentions of “Cancel Netflix” because of “Cuties” are still popping up on Twitter.

" #Cuties " is not cute and not cool at all.
Netflix doing this in time and again that is not appropriate, in name of liberty for art.
Sexualizing 11 year old girls definitely too bad in taste.#CancelNetflix

Like a lot of other brands in June, L’Oréal Paris made a statement about supporting the Black Lives Matter movement in the wake of George Floyd’s death, but the brand's past came back to haunt it. Three years ago, the company fired Black transgender model Munroe Bergdorf over a Facebook post that spoke about white supremacy in the wake of the Charlottesville riots. Bergdorf spoke up on Twitter, saying L’Oréal was being hypocritical after the way it treated her. Her words sparked a boycott, with many of Bergdorf’s followers saying they would not purchase the brand again.

L’Oréal Paris Brand President Delphine Viguier addressed Bergdorf in a statement, hired her to be part of a new U.K. Diversity & Inclusion Advisory Board and made a donation of $50,000 to transgender organization Mermaids and U.K. Black Pride.

If anyone wants to boycott them. Boycott all of their brands. https://t.co/6rCUFcn2t7

President Trump has opposed cancel culture since he took office, but that didn’t stop him from calling on his followers to boycott Goodyear tires. With a tweet in August, the president told followers not to buy Goodyear tires because he believed the company placed a ban on his popular red “Make America Great Again” hats. Goodyear responded, saying that it had done nothing of the sort.

Don’t buy GOODYEAR TIRES - They announced a BAN ON MAGA HATS. Get better tires for far less! (This is what the Radical Left Democrats do. Two can play the same game, and we have to start playing it now!).

On the other side of the political spectrum, people were upset when Goya Foods CEO Bob Unanue, in a presentation about the company’s food donation plans in July, said the United States was “blessed” to have Donald Trump as president. Goya calls itself America’s largest Hispanic-owned food company, but it faced backlash from people including Lin-Manuel Miranda, Jose Andres, Julián Castro and others who are upset over how Trump has spoken out against immigrants from Latin America. Hashtags #BoycottGoya and #Goyaway trended on Twitter. A day later, Trump supporters began tweeting #BuyGoya.

We learned to bake bread in this pandemic, we can learn to make our own adobo con pimienta. Bye. https://t.co/qKHNYfkqCq

In September, “Star Wars” actor Bon Boyega quit as brand ambassador for perfume brand Jo Malone after he was removed from the Chinese version of an ad he shot for the Estée Lauder brand without his knowledge or consent. The campaign was all about the actor as well. It featured Boyega traveling through his hometown of London, and his family members even made appearances, but in the Chinese version he was replaced by a Chinese actor. Jo Malone apologized and removed the offending ad.

People don’t forget so easily, though. In August, Jo Malone London tweeted that its film featuring John Boyega won The Fragrance Foundation Virtual Awards 2020 for Best Media Campaign, and got this response instead of congratulations:

#boycott because you engage #racism and it’s disgusting. You don’t need my money - you care more about Chinese Market and you had no hesitation to reshoot beautiful advertisement of @JohnBoyega ! Hope he sues you for racism etc. Time to #cancel you, Jo Malone! #CancelJoMalone

Once a beloved brand, vegan dairy alternative Oatly was soured by the wrath of Twitter in August when the brand announced a $200 million round of funding from an investment group led by private-equity firm Blackstone and celebrities including Oprah Winfrey, Jay-Z, Natalie Portman and former Starbucks CEO Howard Schultz. Oatly sold a 10% stake in the company to the Blackstone-led group.

The problem is, Blackstone chairman and CEO Stephen A. Schwarzman also invested in Hidrovias do Brasil, a Brazilian company that is allegedly contributing to the deforestation of the Amazon rain forest. To many users of Oatly, Blackstone’s involvement is contrary to the company's push for environmental sustainability, prompting them to boycott the brand. Blackstone has denied the accusations, saying that Hidrovias "objects to illegal deforestation and is committed to ensuring that the soy it ships is not from the Amazon biome."

Discovered that @oatly has partnered with Blackstone - an investment company who part own companies who are responsible for Amazon deforestation. I have done a full information post on Instagram and will from now on be moving my own purchases elsewhere