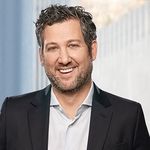 Jason Brown is chief revenue officer for Xandr, AT&T’s advanced advertising company. Prior to this, he was SVP of advertising sales partnerships and oversaw all national sales for Xandr. Jason was instrumental in building AT&T and Xandr into one of the leading providers of addressable TV technology today.

Transforming the TV market through ‘audience as currency’

Why Marketers Should Focus on Audience to Navigate the New Normal