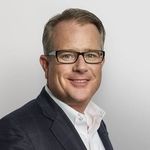 As part of WarnerMedia’s Technology Organization, Mike is executive VP and GM of Xandr, an ad technology platform powering a global marketplace for premium advertising. With a focus on the convergence of digital and TV, Mike is responsible for driving the adoption and evolution of the Xandr Marketplace, which includes products such as Xandr Invest, Invest TV, Xandr Monetize and Xandr Curate.

3 predictions for 2022 in powering the future of advertising