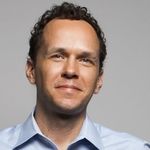 Corazon - Give Your Heart

20% Off Is Better Than 3.14%, but Some Brands Are Still Totally Misusing Pi Day

Throwback Thursday: The Weirdest Products to Ever Get Super Bowl Ads

Relive the Dot-Com Boom and Bust in Super Bowl Ads

Flashback Friday: Stars in the Super Bowl Before They Were Famous

The 6 Most Disturbing Super Bowl Ads

Sing Along With the Super Bowl's 5 Best Ad Anthems