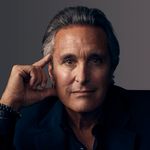 Scott is founder and CEO of WOW Media, dedicating 20-plus years to the world of OOH advertising. Scott operates the largest collection of digital billboards outside of Times Square, all within Los Angeles’ burgeoning arts and entertainment hub and home of SoFi Stadium in Inglewood, Calif. Previously as CEO of Mediacom Outdoor Advertising, Scott led the build-out of a network of over 500 transit shelter displays located at prominent Westside Los Angeles intersections. After selling the division to Mediacom, he went on to build the nation's largest college television network. When not running WOW, he’s surfing big waves or spending time with his beautiful wife, three boys and two dogs.

In a full-motion world, digital OOH is the dynamic future