Politicians Are Pressuring Geely to Build Car Factories on Their Land, While the Carmaker Copes With Internal Problems Bringing Geely and Volvo Together
Yang Jian
Credit: 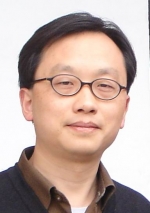 Now he's discovering the high price of that generosity.

After Mr. Li completed the RMB 11.3 billion ($1.7 billion) Volvo deal in August, we learned that two local Chinese governments helped bankroll the deal. The government of Daqing, an oil city in northeast China, supplied RMB 3 billion ($451.7 million) while the government of Jiading, a district of Shanghai, pledged RMB 1 billion ($150.6 million).

But nothing is free in this world. By putting up the money, both governments expect Geely to build a Volvo plant on their land. Daqing wants to attract manufacturing now that its oil reserves are drying up, while Jiading, home to SAIC Corp. and Shanghai VW, aims to strengthen its position as the hub of China's auto industry.

To repay them, Mr. Li says he will build two new assembly plants and expand a third. To be sure, Geely must build new facilities in China to produce more Volvo cars locally--and do it quickly--to expand the Swedish car brand's Chinese niche.

At present, only two Volvo models, the S40 and S80L, are built by a Ford joint venture in the southwest China city of Chongqing. In the first nine months of this year, only 22,700 Volvo cars were sold in China, according to J.D. Power.

That's why Mr. Li has decided to build a Volvo assembly plant on the existing premises of a Geely plant in another southwest China city, Chengdu. To achieve economies of scale, Li would prefer to build Volvos in one very large plant--most likely in Chengdu.

But he does not have that luxury. Instead, Mr. Li must build two additional plants in Shanghai and Daqing. Three Volvo plants in three different locations will certainly lead to a waste of capital and inefficient manufacturing.

Does Mr. Li have any choice? He does not. He must honor his agreements with the local governments. That's the price a private Chinese company like Geely must pay to do business in China.

Why didn't Geely line up bank loans to acquire Volvo? The big banks in China are still controlled by the state, and those institutions are still reluctant to lend to private businesses. "Domestic banks do not want to lend to Geely," lamented Mr. Li during an industry forum in September.

The Volvo purchase has led to other headaches for Mr. Li. Just three months after Geely took over the Swedish company, he has faced disagreements with Volvo's management about its product plans.

Speaking last week at a forum hosted by the Chinese website of the Financial Times in Shanghai, Mr. Li said that Volvo should develop large cars for China. But Volvo's managers prefer small cars for their fuel efficiency and environmental friendliness, according to Mr. Li, who also disagrees with Volvo's managers about the positioning of the Volvo car brand. Mr. Li wants Volvo to be a luxury brand that competes with brands like BMW and Mercedes-Benz.

Volvo's managers say their target customers are different from those of the two German luxury brands, Mr. Li said, adding that he would keep communication channels open with his western colleagues to narrow their differences.

Mr. Li also said he is willing to give in if Volvo's managers refuse to compromise their position. "Why? Because they have brought Volvo to where it is today," he said, "So, they must have good reasons (for sticking to their position)."