Obama Represents a Break From the Past

SHANGHAI (AdAgeChina.com) -- The U.S. election last week raises hopes about the way America will engage with the global community.

The world is happy for Barack Obama. His victory represents a break from the past, a hope that he will end the bullying that George W. Bush stood for. It also demonstrates a respect for brains, which many people in my home country, India, believed President Bush lacked.

Things are not going to be so simple when it comes to America's relationship with China, however. 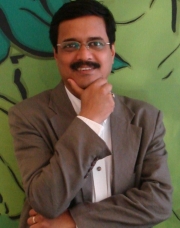 Jia Qingguo, an expert on relations with the U.S. at Peking University, has said, "I don't think an Obama administration will make big changes in policy towards China.

But there will be a shift in emphasis to more pressure on trade and currency issues, as well as human rights and the environment and climate change. I expect there'll be less friction over China as a traditional security threat."

Obama will have his hands full over the next few months--healing wounds within American politics, fixing the economy, reinstating faith in business, ensuring that the bailouts don't hurt and assuring his voters that they did indeed elect a capable man.

In a quiet sort of way, without saying so, they believe that Obama's victory signals a decline in white supremacy. Chinese are starting to believe they will determine the way things might happen in the world--multinationals will stay afloat because of their consumption, for example.

That said, when it comes to innovation--brands, pop culture, sports such as basketball and athletics--the U.S. will stay relevant, partly because African-Americans were already at the forefront of some of these fields. Politics was the second-last bastion; big business may be the next.

There are a lot of expectations from Barack Obama and from the U.S. Only time will tell if he and the nation he will lead live up to them.

Kunal Sinha is the Shanghai-based executive director of discovery, Greater China at Ogilvy & Mather, where he oversees the consumer insight and knowledge management function across all divisions of the agency. He is also the author of China's Creative Imperative: How Creativity Is Transforming Society and Business in China.