Toyota is making its biggest Super Bowl ad buy ever with two spots that push its global Olympics and Paralympics sponsorships and a third ad that will continue its long-running "Let's Go Places" campaign. The automaker had originally planned two 60-second ads, but added a 30-second ad at the last minute, a spokesman confirmed.

The buys make the marketer an outlier in the automotive category, whose Super Bowl presence is down a bit from last year. But it's not surprising Toyota is going big, considering its tight relationship with NBC, which will broadcast Sunday's game. The timing also makes sense with the Olympics starting just days after the Super Bowl. Toyota sat out last year's game.

The automaker released two of its ads today. One 60-second spot, seen here, which will run in the game's first commercial pod after kickoff, is called "Good Odds." It portrays the journey of Canadian Paralympic skier Lauren Woolstencroft from infant to gold medalist. The spot depicts her odds winning a medal declining from astronomical to doable as she perseveres through training, from childhood into adulthood.

The ad continues Toyota's "Start Your Impossible" Olympics campaign that began in October and plugs the company as a "mobility" solutions provider whose goods and services extend beyond cars to include technologies like wearable robotic leg braces. Toyota's traditional car lineup is notably absent from the ad, which ends by declaring that "when we are free to move, anything is possible." The campaign is a dual effort by Saatchi & Saatchi in the U.S. and Dentsu in Tokyo.

A 30-second Olympics spot, which was also released today, is called "Mobility Anthem." It is is a cut-down version of a spot that first aired in November that squeezed 100 people--ages 1 to 100--into a 120-second video that combined scenes of athletic training with Toyota's mobility technologies such as a "human support robot."

Read more about the campaign over at AdAge.com. 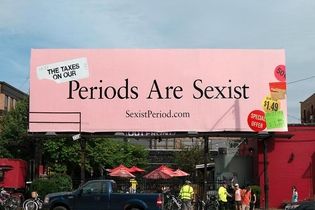 Toyota: Watch Toyota’s big-budget Tundra ad that recalls the ‘truck souls’ of its past