Ikea goes from 'me' to 'we' in charming, operatic spot | Ad Age
Skip to main content
CREATIVITY
Sign In Register

Ikea goes from 'me' to 'we' in charming, operatic spot

To coincide with its new catalog debut, Ikea has dropped this charming spot for the Swedish market showing how its wares can create a haven for both the individual--and groups of folks.

A series of vignettes capture people in various settings--they're either solitary--like doing yoga or reading--or enjoying each other's company at dinner or at a party. Instead of speaking, they sing to Verdi's "Le Donna e Mobile" from "Rigoletto," but with lyrics changed to simply "me" or "we." (The tune, by the way, is quite popular in advertising. You can see how "versatile" it's turned out to be in spots for the likes of Axe and Groupon.)

It's fascinating how throughout, the story achieves moments of humor and even tension with sparing elements--song and word--played up, of course, by skillful performance, direction and editing.

The endline reads: "Me and we. There's room for both."

To promote its catalog in the U.S., Ikea is trying to make good on its commitment to sustainability by cutting back on distribution of the tome and instead, channeling some of those funds to bring live "catalog" experiences to consumers. 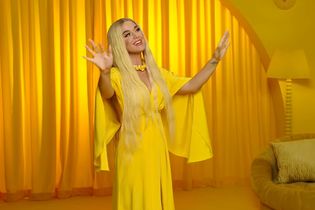