This week's issue of New York Magazine has 28 pages dedicated to an important cause. "The Issue Within the Issue,” a zine created out of Havas New York, spotlights The Ali Forney Center, the largest non-profit organization committed to aiding LGBTQ+ homeless youth in the United States.

It takes up 40% of the advertising space in the magazine’s “Reasons to Love New York” issue—a symbolic number that reflects the percentage of the homeless youth in New York City that identify as LGBTQ+. Many of those more than 8,300 young people find themselves in compromising situations in which they encounter harassment, sexual propositions and other safety issues after being cast from their homes because of transphobia or homophobia.

The issue includes messages from leadership at the Ali Forney Center, stories from its clients, essays from alumni of the center and writing from prominent partners such as the director of Lady Gaga’s Born This Way Foundation, plus original art, photography and poetry. Havas New York worked with New York-based writer and creative consultant Oussama Zahr, who served as editorial director on the campaign.

Each page of "the Issue Within the Issue” points readers to ways to donate to The Ali Forney Center and support its mission. The magazine is on newsstands today, the anniversary of the murder of the center’s namesake Forney, an African American gender-non-binary youth who had been a peer counselor and advocate for their homeless LGBTQIA+ peers. Forney had been killed on the streets of Harlem in NYC in 1997, and their murder has remained unsolved.

“Homophobia, transphobia, and lack of support and resources compound the challenges LGBTQIA+ youth face and make it hard to seek out social services designed to help unhoused people in our country,” said Alex Roque, president and executive director of The Ali Forney Center, in a statement. “We’re thrilled to partner with Havas New York and New York Magazine on this special project that will bring great awareness to our mission of eradicating homelessness.” 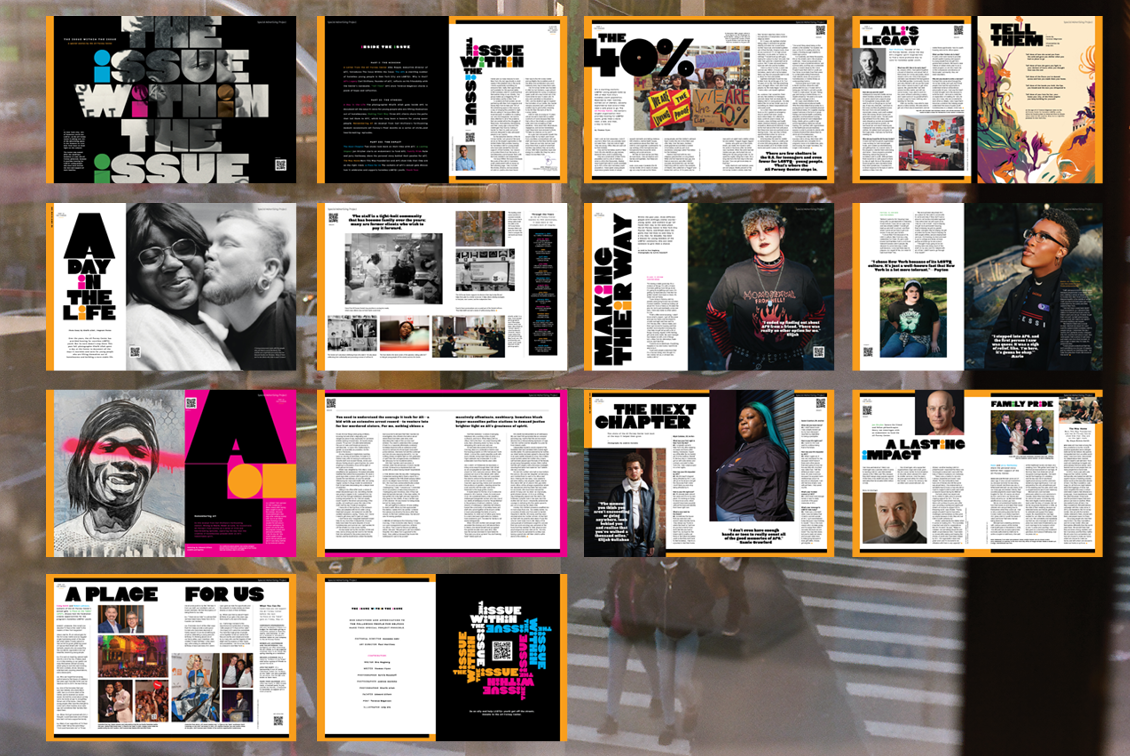