A new campaign from Chief, the women's network focused on supporting female leaders, includes the organization's first TV spot, in which an alien lands on earth and is mystified at the lack of a female leader.

Chief was the organization behind the glass portrait of Kamala Harris installed on the National Mall last year following her inauguration. The network is now launching the ad as part of a campaign that coincides with Women's History Month, but instead rebrands the occasion "Women's Future Month."

Tickets to the 2021 Ad Age Leading Women Conference & Awards
are available at AdAge.com/LeadingWomen.

"Our goal was to resposition the thinking towards the future," said Chief co-founder Lindsay Kaplan. "Every year we hear about Women's History Month but it starts to feel like a time warp. Even our wins, like the first woman vice president and two Black female CEOs running Fortune 500 companies, feel incremental when The World Economic Forum says it's going to take 135 years to reach total gender parity. So we wanted to spark a conversation about what the world would look like when women lead the way."

Kaplan said the TV ad poses the question: "If intelligent life came to earth today, is this the world we would want them to see?"

"Are we advanced if the question of Take me to your leader would be answered today nearly identically to how it was 100 years ago?" she added.

The campaign, which was created by Technology Humans And Taste, will also include posters in Lower Manhattan that shine a light on the contrast between technological advances and equality advances, posing questions such as "What comes first? Drone taxis or the first woman president?" and "Are women more likely to have a seat in the boardroom or the Hyperloop?"

Chief is also placing a print ad in the New York Times today, asking members of the public to call a telephone hotline and leave a message about their thoughts on the future of women. Some of those thoughts will be shared in future creative.

The reason for an analog hotline, said Kaplan, is that Chief deliberately eschews social media platforms including Twitter, Facebook and Instagram, although it is on LinkedIn, where it has been encouraging its members to share their thoughts.

"We're intentionally not on those platforms because those platforms have not been kind to women," said Kaplan. "We want to strip back some of that technology and have the conversation in a more analog way." 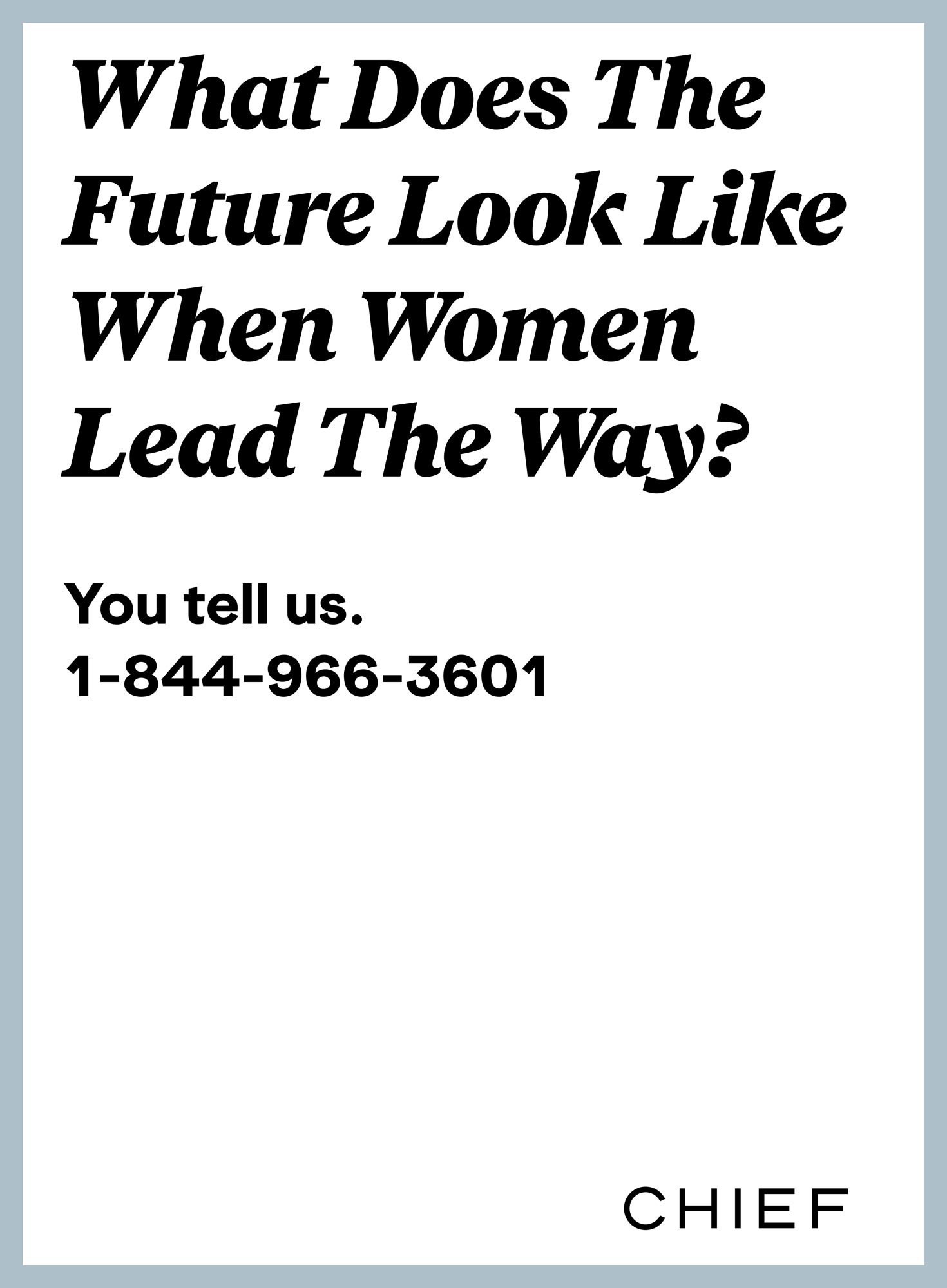