Amazon turned 30,000 baseballs into a letter to promote 'A League of Their Own'

Amazon Prime Video convened female baseball players of all ages to write a giant letter using 30,000 baseballs, to mark the premier of its new series "A League of Their Own," a remake of the 1980s movie about a female baseball league in the 1940s.

The installation takes the form of a letter to future young female baseball players, with "a promise that we will create a future where baseball is for everyone."

"Every home run we hit, every strikeout we throw will get us closer to the ceiling we know we'll shatter one day," it continues. "These baseballs are more than just balls. They represent our hard work and dreams transformed into this letter for you." 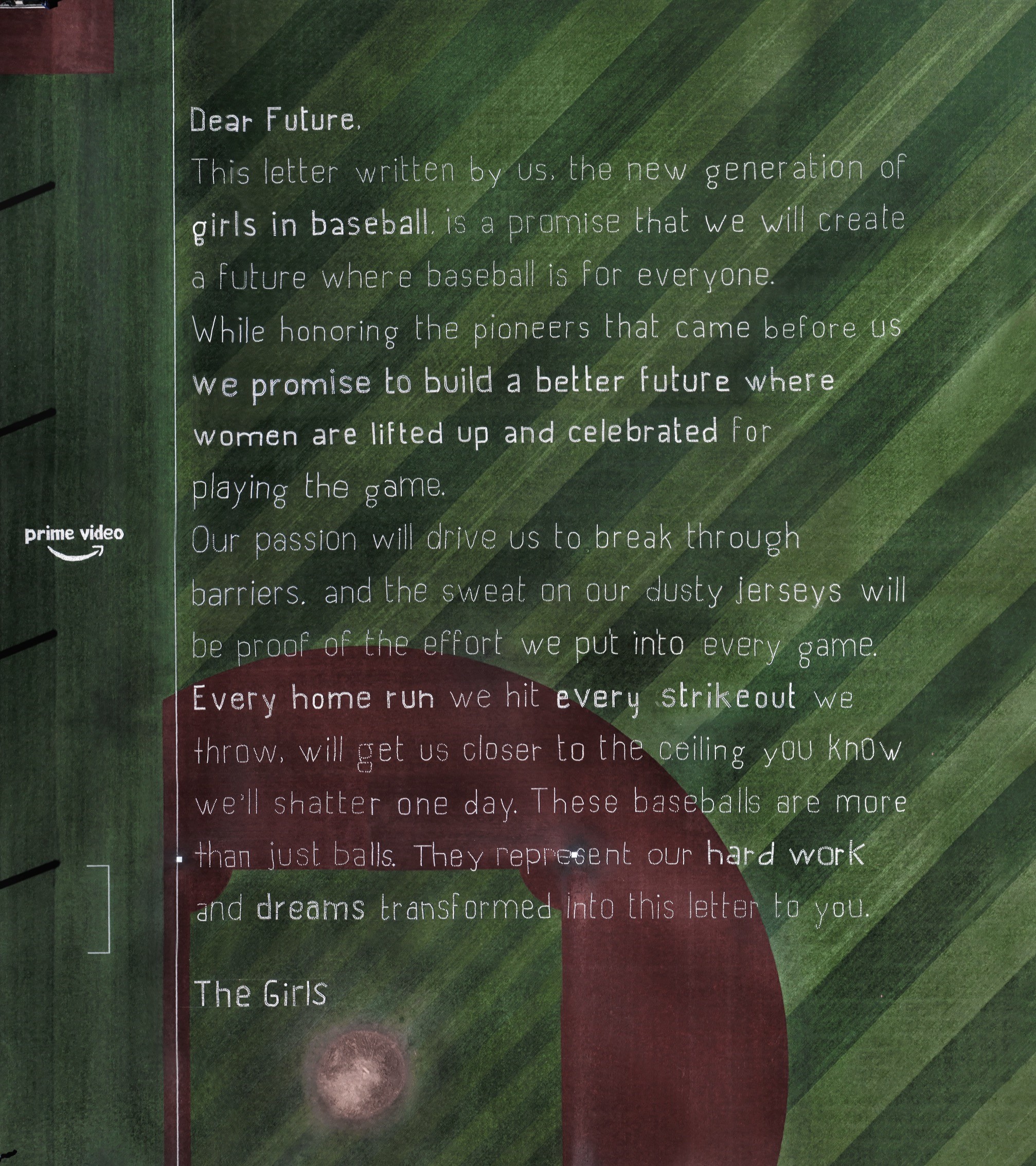 The campaign was conceived by the Amazon Prime Video internal marketing team and created by the Newhouse agency. It acknowledges that while more than four million kids from age 6 to 12 play baseball, the number of girls playing is approximately 100,000, and the myth prevails that softball is the game for girls. The letter was created in partnership with Prime Video and Baseball for All, a girls’ baseball nonprofit organization that builds gender equity by creating opportunities for girls to play, coach and lead in the sport.

"We created more than just a marketing activation,” said Leo Macias, global vice president market & activation at Amazon Prime Video and Studios, in a statement. “These baseballs transformed into this 'Letter to the Future' is a reminder that when several dissenting voices come together, the message grows even louder. This is historic and important to all women baseball’s leagues."