For our AAPI Heritage Month Creative Excellence Series, the Chinese-American filmmaker share the story behind her celebrated short film

Ad Age first encountered the work of director Erica Eng a few years ago among the honored films featured in the Commecial Directors Diversity Program from the DGA and the AICP. She had directed a quietly affecting spec spot for Homeboy Industries that followed a young man’s pursuit of a new life after serving a prison. term. Then last year, with production company Strike Anywhere, she helmed a sumptuous, festive Lunar New Year tale of traditions shared for Panda Express via The Many.

A fifth-generation Chinese American from Oakland, Calif., Eng channels her experiences growing up in a diverse community into her work, which includes projects for brands such as Verizon, Facebook, Procter& Gamble, Bank of America and more. Eng also directs outside of the ad world and was recently selected for Disney’s Launchpad Shorts Incubator program, where she will be mentored by executives from Marvel Studios and Lucasfilm as she directs a coming-of-age ghost story for Disney+. Coming up is also her new short film “Off Fairfax” about three friends who try to solve the murder of a famous American rapper, set to premiere at the Tribeca Film Festival next month.

Here, for our Celebration of Creative Excellence for AAPI Heritage Month, Eng shares her short film “Americanized,” which last year earned numerous accolades, from festivals including the Palm Springs International ShortFest, Geena Davis’s Bentonville Film Festival and Cinequest, the latter which gained the film entry into competition for the 2022 Oscars. For Eng, it was a highly personal project, inspired by her own life as a kid trying to simply “fit in.” The film is currently showing online through May 31st at the Short Circuit Pacific Rim Film Festival in the "Maximum Strength" block and will make its streaming premiere in August. 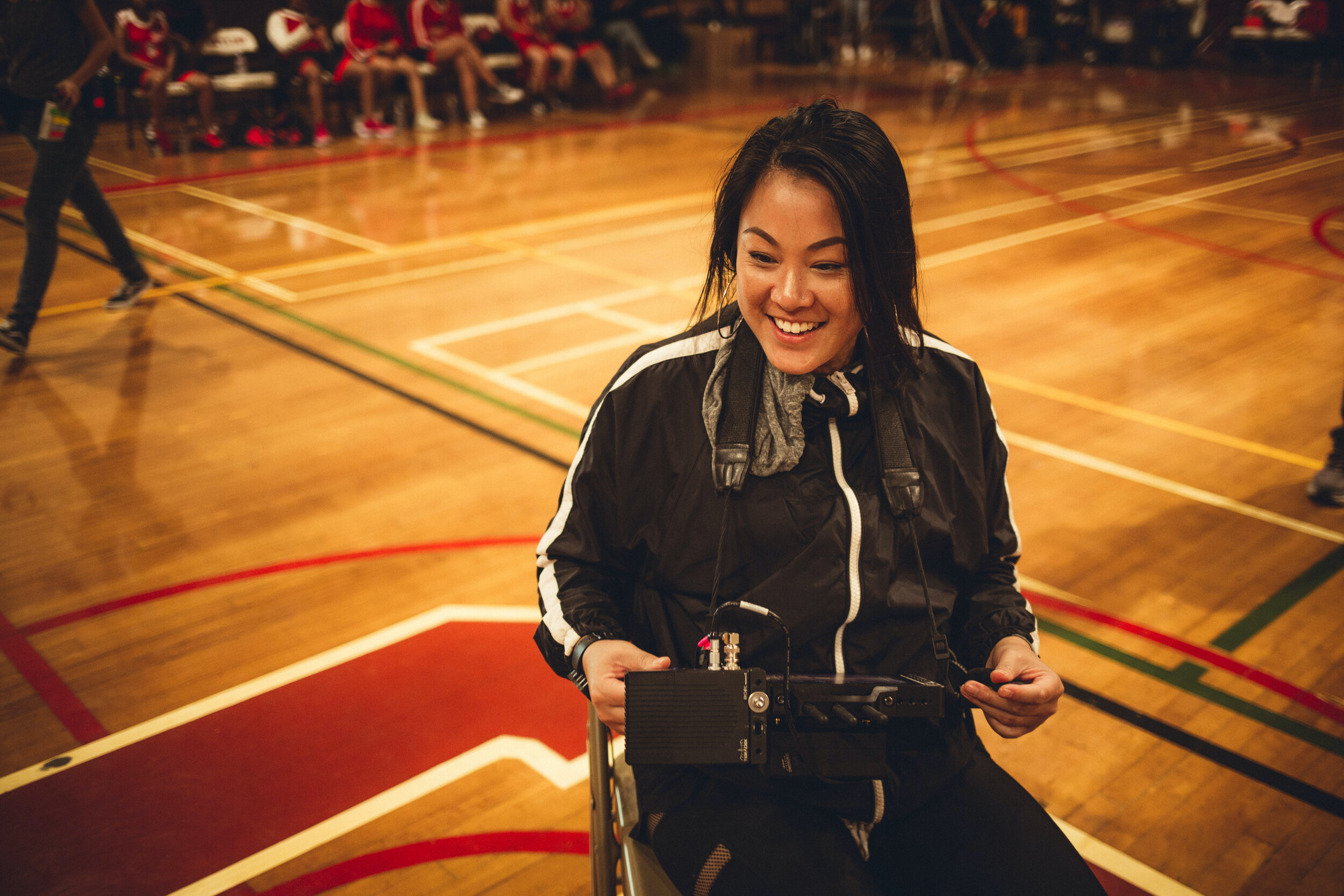 Seven years ago when I first came up with the concept for “Americanized,” I wanted to write a story based on my experiences growing up in Oakland, Calif. as a fifth-generation Chinese American. But at the time, I hadn’t seen stories like my own represented on-screen. Discouraged, I sat on the idea for years—‚that is, until the release of “Crazy Rich Asians” and “The Farewell.” Everyone went nuts, and suddenly, more Asian American stories and perspectives were being shared. Yet I still didn’t feel like I saw myself represented on-screen.

I didn’t have the stinky lunch at school. I didn’t grow up with the crushing burden of traditional family expectations or trying to save face. I was the complete opposite. I had Asian kids call me whitewashed, or ask me, “What does your family cook? Do you even own a rice cooker?” I felt like the Asian kids were trying to take away my identity before I even got a chance to figure out what it was. All I knew was Oakland, and my family had strong roots in the Bay Area for generations—so that became my identity.

“Americanized” is about my journey to fit in. Set in 2001 in Oakland, the film follows a young female basketball player on the day of a big game. Throughout, you see her try to find a sense of belonging within the two worlds that don't accept her.

I filmed at my alma mater—Skyline High School—with the help of my old computer teacher Mr. Frey, who was the same person who told me I should learn film at 15-years-old. I cast my Aunt Helen to play my grandmother, used my sister's old '99 Toyota Camry with the pop-out radio, and featured hip hop tracks from local Bay Area artists who I know and grew up with. It felt full circle, like coming home, and representing myself and my journey the way I needed to in order to grow as a person and as a director. 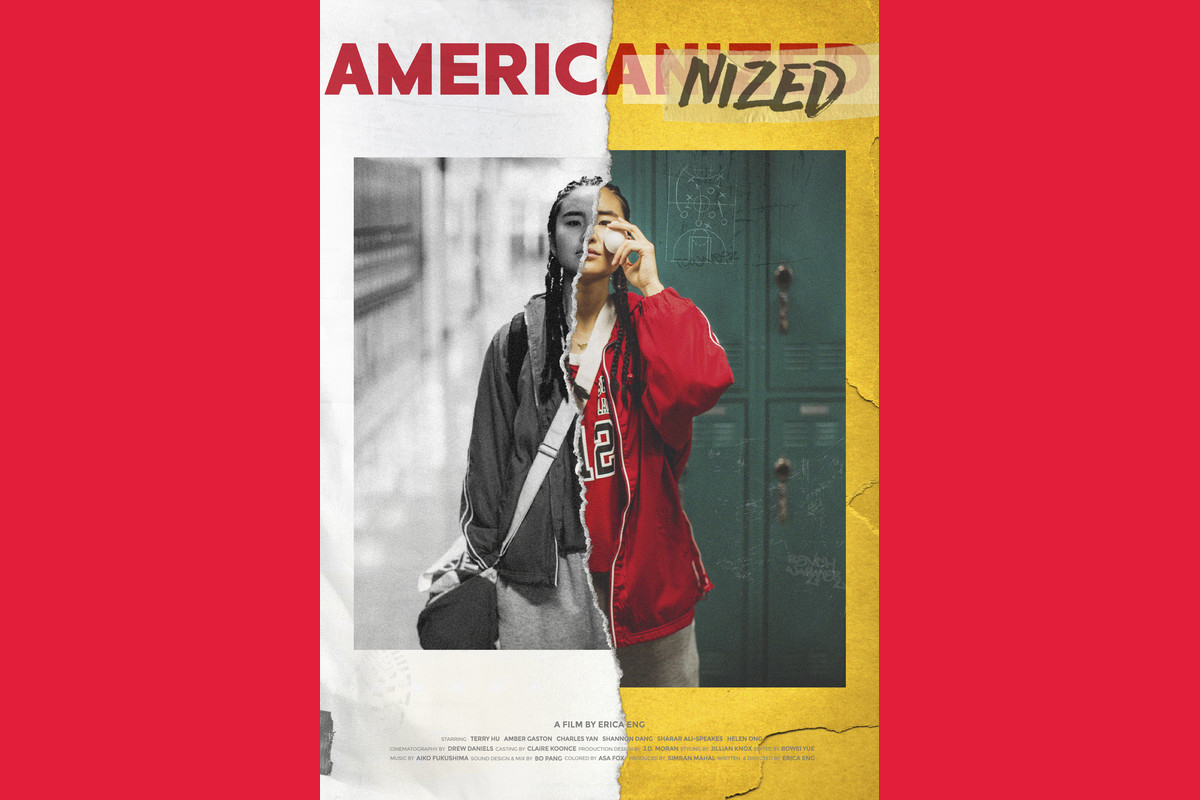 “Americanized” was pivotal for my career, but it was also pivotal in that it gave me the courage to continue telling my own stories. By sharing my experiences through “Americanized,” I came to realize everyone felt the way I do. The cast, crew, people on social media, and audience members from screenings, all of different gender identities and cultural backgrounds, would stop and share their stories with me—how they felt like they didn’t belong within their own communities or felt caught between two worlds. They saw themselves represented in my story, and that’s all I ever wanted seven years ago. That to me is the biggest success of the film.