Brands Team Up As Australia Votes on Same-Sex Marriage

Skyy Vodka and Absolut are competitors on the bartender's shelf, but today, the brands have come together to support same-sex marriage, in a new Australian social campaign from TBWA/Sydney and TBWA network agency Eleven.

The ad, posted on both Skyy and Absolut's social media accounts, depicts the two brands' bottles standing side by side, with a rainbow-colored heart in between. Copy reads, "The Skyy's the limit when we have Absolut equality."

Australia is currently in the midst of a public vote the High Court initiated to gauge opinion on whether the country's 1961 Marriage Act should be amended to protect same-sex couples. Whatever the outcome, the vote will have no legal repercussions, although Australian Prime Minister Malcolm Turnbull has promised to introduce legislation to legalize same-sex marriage if the majority of the country votes in favor of marriage equality, according to CNN.

We've seen brands come together for social causes before. Amazon, Johnson & Johnson and Goya joined forces to help create in-the-moment educational opportunities for children with the Vroom initiative from Johannes Leonardo. Burger King had asked McDonald's to create a McWhopper in the name of world peace, but ended up teaming up with Denny's and three other brands on the Peace Day Burger. 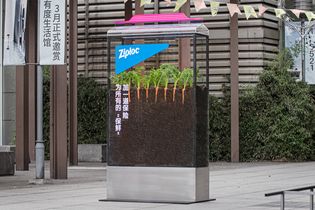 Ziploc grew a mini vegetable patch in a giant bag 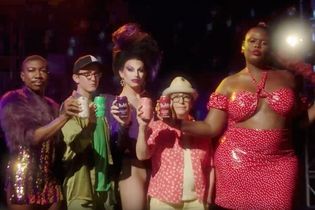