At #2 in TV/Film, Droga5 New York took the piss out of Super Bowl advertising with its ambush campaign for Newcastle Brown Ale, featuring spots and online films that imagined what would happen had the advertiser decided to appear in the big game. The effort started off with an outrageous teaser trailer that poked fun at the Super Bowl pre-game tease trend and then continued with super funny films starring Anna Kendrick and Keyshawn Johnson talking about their big game ads that never happened.

Newcastle Brown Ale and Droga5 have added to their "If We Made It" campaign (about the Super Bowl ad it could have made if it had the money) with two funny "Behind The Scenes" films about the stars who could have been in the ad, if the beer brand decided to actually made it. Football player Keyshawn Johnson and (potty-mouthed) actress Anna Kendrick are interviewed about the disappointments of not starring in ad for, as Kendrick puts it, a beer they don't drink. Ms. Kendrick, is at her comedic finest, spouting bleeped out expletives and contemplating whether or not she is "beer commercial" hot. "Not," she thinks, but she always likes a challenge, she adds.

The mocked-up storyboards of skateboarding cats, which Johnson laments that he "could have voiced," are also particularly good. There's also a hilarious new Focus Groups video on the website, IfWeMadeIt.com 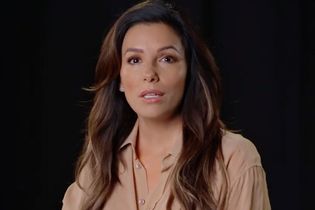 Newcastle Brown Ale: Stephen Merchant On How Much Better Everything Would Be if The U.K. Had Won the War