Best of 2019: This unexpected back-to-school ad highlights the gear kids need to survive the new year

Sandy Hook Promise is back with another blunt and harrowing PSA

On Creativity through New Year’s, we’ll be revisiting some of the brand ideas and campaigns that made 2019—and the last decade. Check back on AdAge.com on January 1 for the full lists.

BBDO New York’s 2019 entry to its lineup of ads for gun safety charity Sandy Hook Promise was one of the finest. The sobering tale about the potential dangers kids in the U.S. face today was skillfully disguised as a typical saccharine back-to-school promo—until things unexpectedly take a dark turn. The ad’s success could be attributed to its powerful concept along with the exacting attention that went into every aspect of the craft, from the writing to the directing to the music.

Back-to-school season is a stressful time for students and parents alike. There are new clothes to buy, school supplies to prepare and plenty to learn about, like math and spelling and the locations of the nearest exits.

A harrowing new spot for Sandy Hook Promise, the gun violence prevention group formed after the 2012 elementary school shooting in Newtown, Connecticut, starts off like a traditional back-to-school ad, with kids showing off their new gear, like a backpack and folders. But the reality quickly turns dark. New sneakers make for a quick escape, and fashionable socks double as a tourniquet.

The PSA lays bare the regularity—and creeping banality—of school shootings. There have been more than 22 this year, according to Sandy Hook Promise, and many kids receive training at school in the form of shooter drills. Teachers and students learn not only how to run away but how to attack with scissors or sharp pencils if cornered. A Michigan high school is being built with curved hallways and hiding places for students in the event of a shooting.

Previous spots in the campaign, also directed by Rubin, have also been blunt about the danger schoolchildren face. “Evan” hid warning signs in otherwise innocuous scenes, and “Tomorrow’s News” broadcast the aftermath of a shooting occurring the next day. 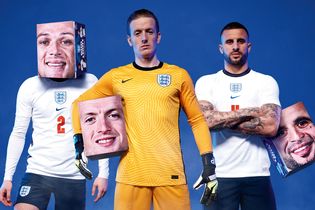