Move over, cardboard cutouts—the beer brand has a new way for you to celebrate sports in campaign from W+K London

During the pandemic, sports events have had to resort to "cardboard fans" to recreate supporters in stadiums. But now that live sport is coming back, there's another kind of cardboard fan: the Box Heads.

For the forthcoming Euros soccer tournament,  Bud Light, an official sponsor of the England men's team, has created special boxes for its of 12 and 20 packs featuring larger-than-life-size faces of England players Jordan Pickford, Kyle Walker and Kieran Trippier. They'll be available online and at stores nationwide.

The idea is for fans to wear the empty boxes on their heads to celebrate and support the team during the tournament, whether in-person or at home. The Euros, which were delayed from 2020, are taking place across several European cities with some spectators allowed, with the final expected to be at London's Wembley Stadium.

The campaign is by Wieden & Kennedy London and includes a TV ad featuring the players and the boxes, as well as social, digital and outdoor elements and retail activity. "We're super excited to see what the public makes of it all," W&K Creative Director Paddy Treacy commented. "Drink the beer. Wear the box. Support the team. It's that easy."

Minor complaint: the boxes don't have eye holes, so we're wondering how fans can support their teams when they can't even see them. 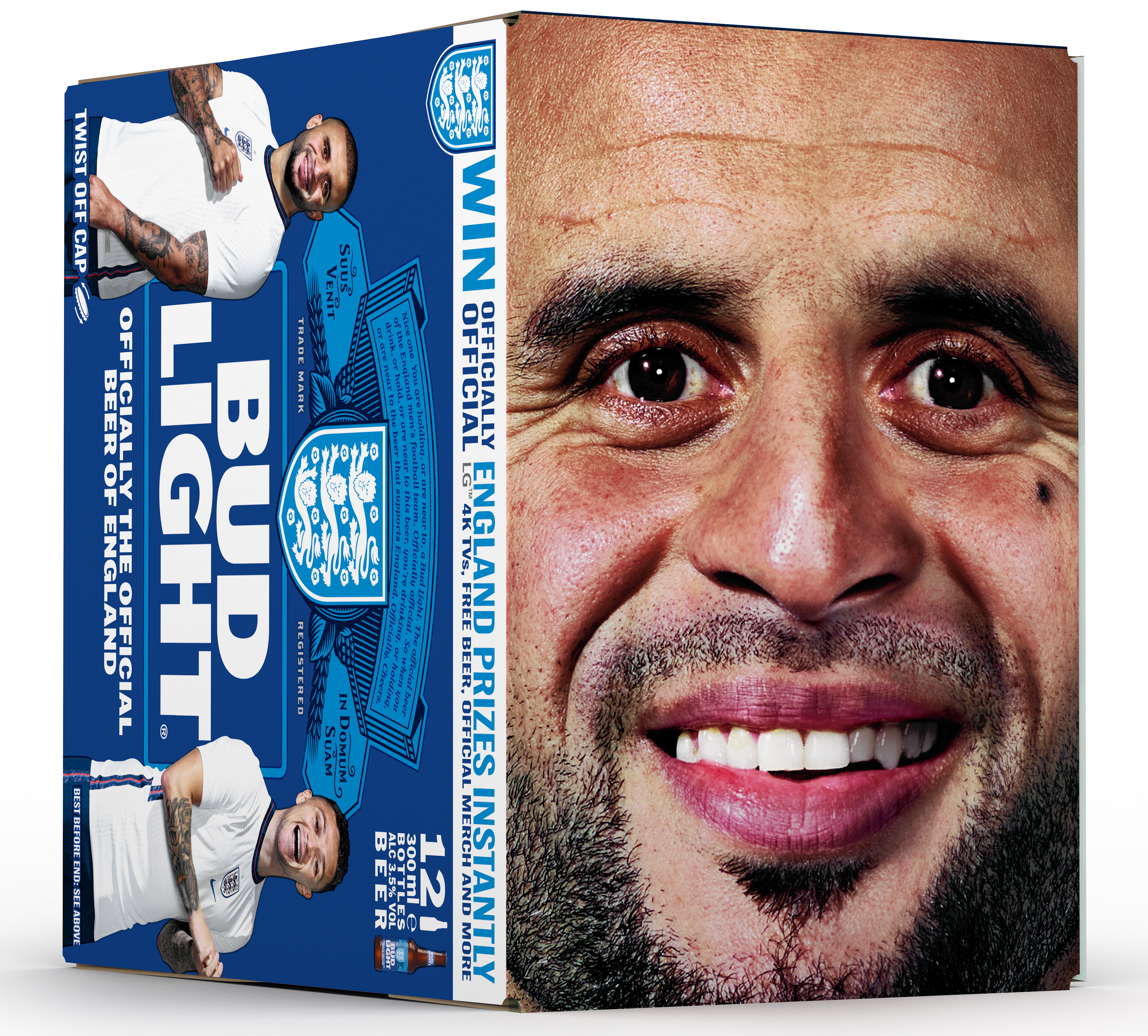 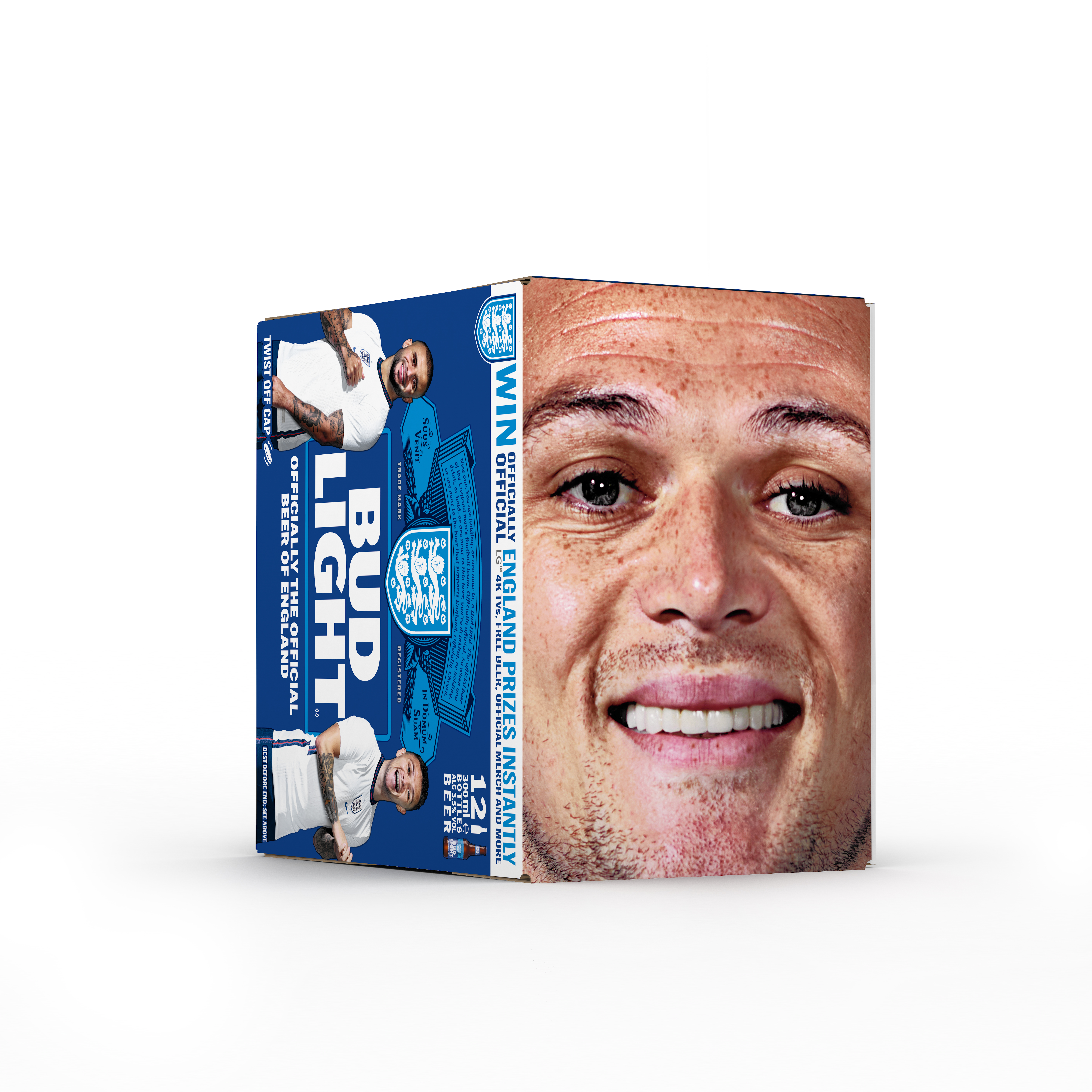 Bud Light: Cardboard sports fan, this Bud Light's for you!