As U.K. restaurants re-open for indoor dining, Burger King is on a mission to remind U.K. consumers that its burgers are flame-grilled and smoky-tasting, with a new campaign from BBH that includes luring people to its restaurants using "smoke trails."

The interactive AR experience, debuting at digital out-of-home sites across all major cities in the U.K. from May 21, starts with a billboard that invites people to scan a QR code to activate an Instagram lens. Using the poster as a marker, the smoke comes directly off the Whopper and will lead them in the precise direction of the nearest restaurant. Digital production company Makemepulse created a series of directional lenses that create smoke to align with the exact positioning of the installation and lead people directly to Burger King.

It's all part of a wider campaign centered around Burger King's smoky flavor. It includes a 20-second TV ad, directed by Andrew Gaynord of MindsEye, in which a woman discusses her conspiracy theory about why a Whopper tastes smoky (she claims it's doused in liquid smoke). It goes to explain that there are "no secrets, only fire" in the way a Whopper is cooked. 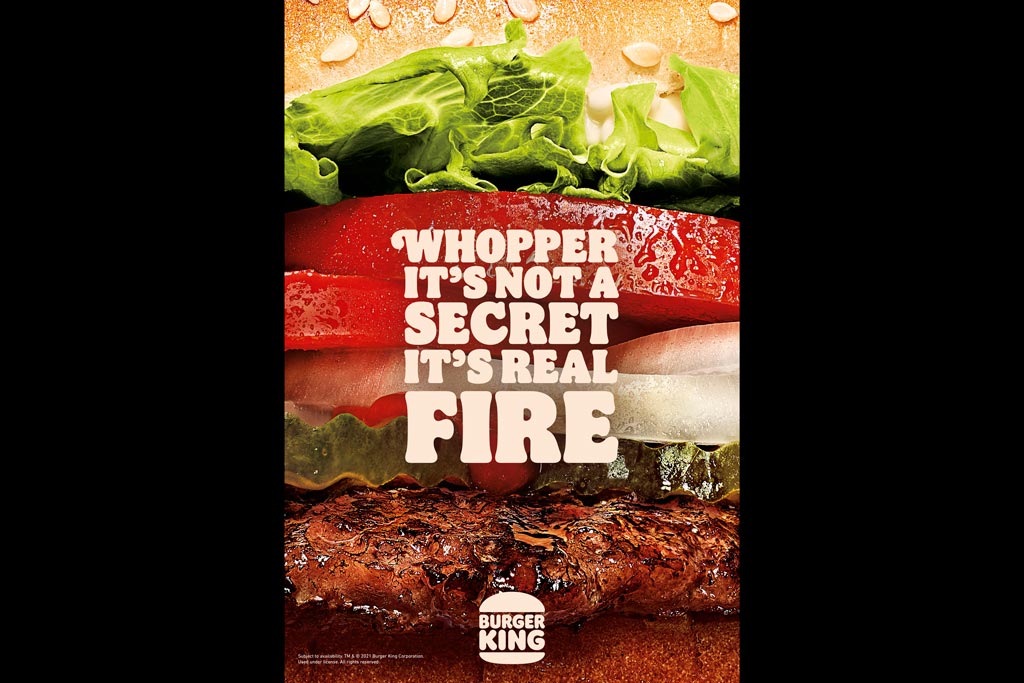 Burger King (UK): Burger King gets political in the run-up to U.K. election with a 'Whopper on the side of a bus'

Burger King (UK): Burger King is calling on kids to melt down their plastic meal toys