Burger King's Whopper of a reveal: It's secretly been pranking McDonald's all year long

Every single advertisement it's run in the U.K. this year has a hidden secret

Around the globe in 2019, Burger King delivered a steady stream of provocative antics, from its Super Bowl push in the U.S. starring Andy Warhol, to its more recent campaign in Germany asking Star Wars fans to make the ultimate sacrifice.

Just in time for decade’s end, it’s revealed perhaps its biggest prank of 2019—one that has been taking place all year ‘round, right under our noses.

In Burger King U.K.’s final 2019 effort, created out of BBH London, the brand has revealed that all its campaigns in the region from the past twelve months have been hiding a secret: Every Whopper pictured in its ads—including that featured in its Brexit-themed bus campaign from earlier this month, those shot for its single-item menu stunt from April as well as those in every single in-store posting—was actually photographed alongside a Big Mac.

Consumers would never know it, however, because as the brand’s latest film purports, Whoppers are so much bigger than Big Macs that they are able to fully conceal the Golden Arches’ star burger from view.

Burger King is “confessing” its secret in the film above as well as in digital and out of home placements.

“It is of course just a good old fashioned product comparison idea, but it's been brought bang up to date by some lateral thinking and rebellious media behavior,” said BBH London Chief Creative Officer Ian Heartfield in a statement. 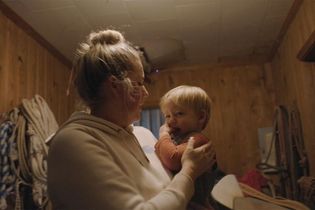 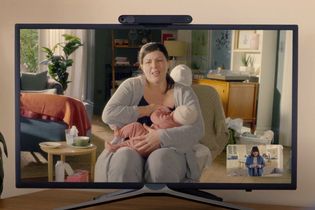 Burger King: Burger King overhauls its design with a retro-meets-modern take on its 1969 logo

Burger King: Burger King wants you to send yourself a Whopper in the future