And if you do, you could win a lifetime supply of brew

Pop-up shops are no longer a novelty, hosted by brands from Adidas and Fendi to Pantone and Target. Anheuser-Busch’s Busch beer, however, puts a twist into the idea by hiding its temporary retail experience deep in the woods.

This week on social media, the brand announced the coming of its “Pop Up Schop,” which will be tucked away somewhere in a national forest. Consumers will have to follow the Busch Twitter account @BuschBeer to get clues on where the shop will be.

Clue #2 is brought to you by the man in the flannel. Can you guess which state he’s in?

Stay tuned and keep solving our clues, so you can join Busch Guy at the #BuschPopUp this Saturday. pic.twitter.com/tEPCSrIGbQ

It’s set to open its doors on July 20, and those who are able to track it down will be rewarded. Those who make it to the shop won’t actually have to shell out any dough. The Busch Beer guy himself will be there to to present them with an assortment of goods, including passes to national parks, getaway vacations and swag. The top prize? A lifetime supply of Busch.

“We wanted to take the concept of the traditional pop up shop and flip it on its head in a very Busch way,” said Daniel Blake, senior director at Anheuser Busch in a statement.

The campaign, created and produced out of Lucky Generals, also helps to support the brand’s ongoing partnership with the National Forest Foundation.  Busch will plant 100 trees in a national forest for every consumer that walks through the doors of the “Schop.” 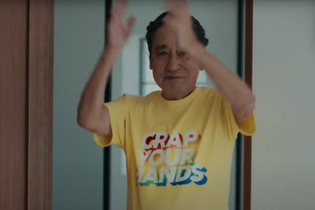 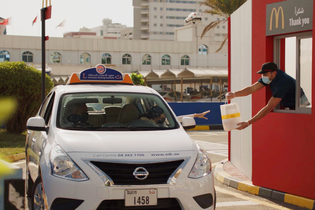 Busch: Busch's Super Bowl Ad Is All About the 'Buschhhhh'