But parent P&G had real products to debut too

In its second year as a CES exhibitor, Procter & Gamble Co. is ready to poke fun at the hype. In Vegas, it debuted a tongue-in-cheek Charmin GoLab that portends the future IoT—Internet of Toilets.

The "innovations" within the GoLab include the Charmin RollBot, a Roomba-like device that comes from under the sink to deliver a roll of toilet paper if you run out while indisposed. At Charmin's exhibit in the P&G LifeLab, visitors can sit fully clothed on a toilet and activate the device with an app.

There’s also SmellSense technology, calibrated to detect carbon dioxide or hydrogen sulfide gas, so you can, at the push of a button, get a go/no go indicator on whether you can safely visit a recently used bathroom without offending your sensibilities.

Then there's V.I.Pee, a virtual-reality headset for use in restrooms at concerts or sporting events so you won’t miss anything even if you need to go.

These “conceptual prototypes” were developed by Saatchi & Saatchi N.Y.’s PG One, the agency says, to further Charmin’s relentless obsession to help people “enjoy the go.”

GoLab also gave one of P&G’s billion-dollar brands an entrée into CES even if it doesn’t readily lend itself to electronics. But P&G as a whole is also a legit consumer electronics company and showed off several new, recently launched or soon-to-be launched products.

Those include the artificial-intelligence-powered, Alexa-integrated Oral-B iO toothbrush coming in August, which has a new, quieter magnetic-drive brushing engine and 3-D tracking technology that helps customize brushing across six zones and 16 surface types. It coaches people on whether they’re brushing too hard or light, and grades them on brushing technique using an app.

Also at the show were the Airia Alexa-enabled home scent system. Its replaceable cartridges dispense fragrance in tiny droplets that float in air rather than dropping quickly to the floor. Airia also continuously tracks fill levels and delivers notices via an app when it’s time to re-order.

And P&G showed off skincare wand Opte, a $599 device dispensing mineral powder in micro-doses using inkjet-like technology to cover imperfections after analyzing skin needs. It creates a concealer with a natural look, doing away with the need for foundation.

Most of these products are for sale direct-to-consumer via PGLifeLab.com, but sadly not the RollBot.

In the meantime, however, Pritchard pointed out that Charmin does have a real in-market new age bathroom solution, the giant commercial-size Forever Roll that’s been on sale direct-to-consumer since last year. It somewhat solves the same problem as the RollBot, since it can generally go a month without needing replacement. 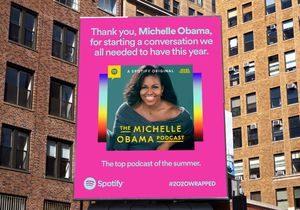 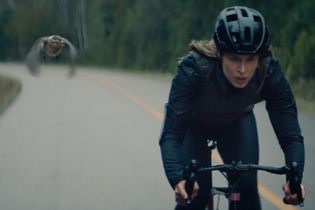 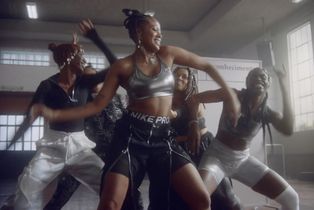