Auto brand turns its iconic campaign into something you can eat

In 1974, Campbell Ewald copywriter James Hartzell conceived the phrase, “baseball, hot dogs, apple pie and Chevrolet,” which became the basis of one of the most iconic car ads of all time. Now, Chevrolet is bringing back that famous line—in the form of a Guy Fieri dish.

The brand, along with agencies Commonwealth/McCann and Weber Shandwick, partnered with the restaurateur and TV host to create the first-ever Apple Pie Hot Dog, which it’s introducing on Aug. 12 during the Major League Baseball Field of Dreams game in Dyersville, Iowa. Attendees of the game will be able to try out the new creation: a hot dog nestled in apple pie crust, with fruit filling and bacon jam, garnished with apple mustard and bacon crumbles. 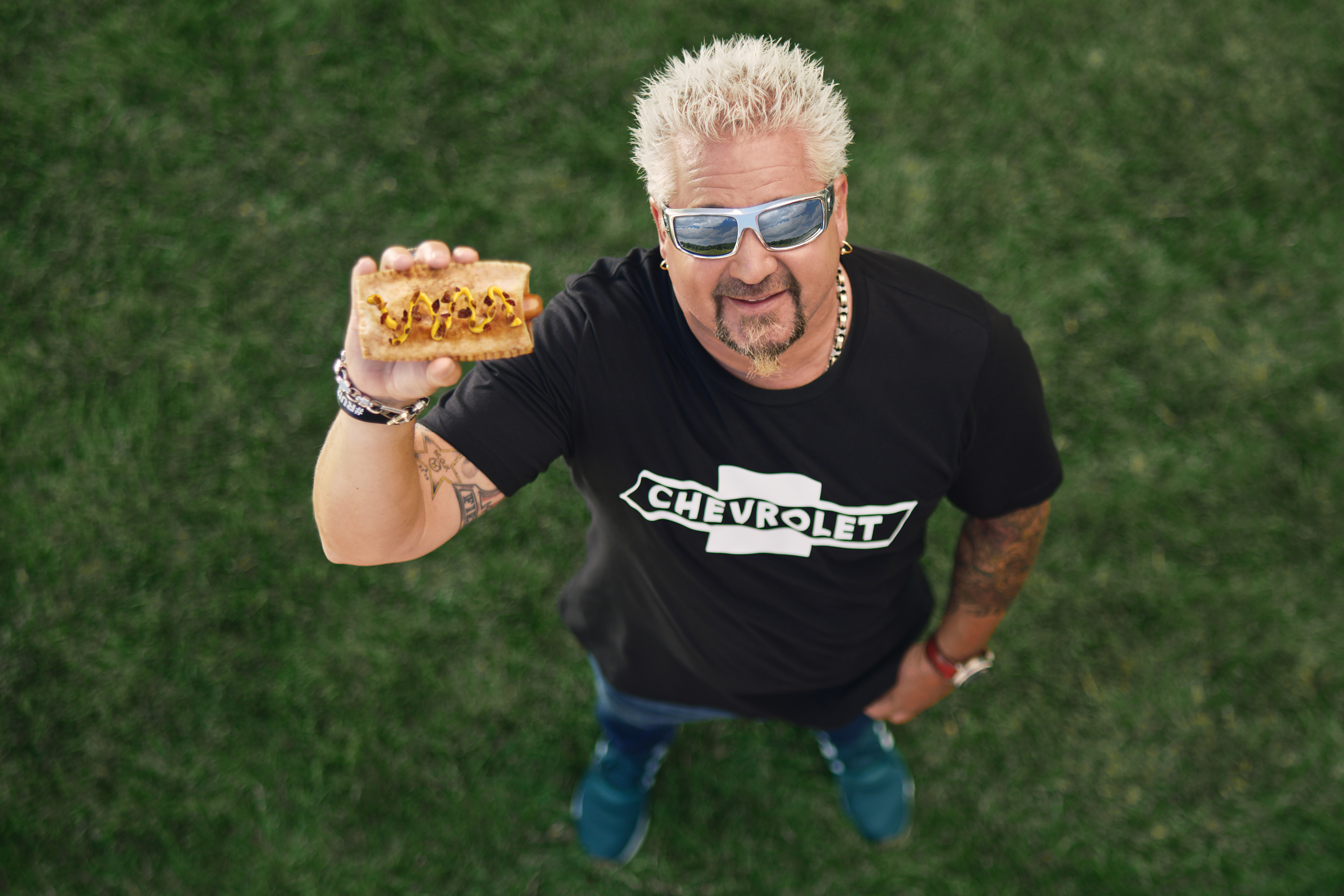 Chevrolet is the long-time MLB sponsor, and Director of Marketing Steve Majoros says the brand typically tries to activate around four of the league's big properties. This year, that includes opening day, the All-Star Game, the World Series and the Field of Dreams game. The latter will be the first-ever MLB game to be played in Iowa, set near the eponymous location of the 1989 classic movie. It was postponed from last year due to the pandemic and will finally take place on Thursday.

“We are always looking for things that have a timely expression of a timeless notion,” Majoros says of the idea. “Certain brands can reach into nostalgia or project into the future with probably a little more credibility and I think we certainly are in that space.”

Though the idea will be “experiential” for those attending the game, it will live largely on social media as well, with support from Fieri, an avid Chevrolet fan whose red 1967 Camaro is as much a star of his Food Network show “Diners, Drive-ins and Dives” as he. The campaign will be sharing the recipe on social for fans who won't be at the Field of Dreams game.

Ad Age tested out the recipe ourselves and gave it a thumbs-up:

“I think this is a little bit of a microcosm for where we're going," Majoros says. "We’re doing big, traditional things like big TV campaigns on the Olympics, but we’re doing a lot of very different things as well, dabbling in TikTok, Clubhouse."

Earlier in the year, for MLB’s Opening Day Chevy debuted the heart-tugging “Field of Dreams” ad  that interspersed nostalgic scenes of baseball’s greats with modern images of fans and everyday players enjoying the game, set to James Earl Jones’ speech from the famous 1989 film. It also follows the brand’s humorous truck campaign that ran during the Olympics, which included a spot starring a remarkably talented cat.

The Apple Pie Hot dog debuts as uncertainty rises once again around the pandemic and aims to be a bright spot amidst the gloom. “COVID is heavy and it’s daunting, and I think people just want a little bit of a smile, so we've tried to do things that speak to Chevy’s optimism,” Majoros says. “We can be serious and we are, but when we just want to have a little bit of fun we can do that too. I think we've got a license to do both.”

Chevrolet: Watch this Chevrolet holiday ad if you want to cry

Chevrolet: A Chevy truck has big competition in the form of a supercat

Chevrolet: Chevrolet celebrates an Opening Day for the ages as baseball tries to get back in the game

Chevrolet: Chevy's new Silverado will have a role in the 'The Lego Movie 2'