March Madness is a time of excitement and celebration for college basketball fans, but those emotions can quickly escalate into rowdy behavior, especially as spectators are eager to get back out for public viewings. But rather than telling rambunctious bar-goers to take a chill pill, Coors Light is asking them to suck on a lollipop.

Coors Light’s “Chillollipops” are beer-flavored suckers with a frothy foam top. Their taste, however, isn't key to the idea. The act of sucking on them is what's crucial.

"Something as simple as a lollipop could have a calming influence in an emotionally charged situation," explained Manhattan College professor Donald E. Gibson, Ph.D., in the brand's release about the campaign. The lollipop idea hinges on science around what Gibson describes as "Mood Congruent Memory." The soothing aspect of licking on a lollipop "could bring back a positive memory that could help us regulate our current emotions,” Gibson added in the campaign's behind-the-scenes film.

In the video, bartenders recount horror stories from March Madnesses past and express skepticism of the “Chillollipops.” It then goes on to show a test run in NYC, during which curious patrons unwrap the yellow pops, some even dipping them in a pint, as they tune in for games.

“I think once people got the lollipops, they had them for a little bit, they really just like chilled and mellowed out,” observed Gaby A., one of the video’s bartenders. The tagline then appears: “Same madness. Less mad."

"At some point we've all been that obnoxious sports fan at the bar—and if you haven't, you've definitely seen it," said Mischef Creative Vanessa de Beaumont. "So, in a bid to pour some chill on people this March Madness, we wanted to put a popular theory to the test: Can lollipops really reduce stress?”

“We think, if given the choice, everyone would solve more problems with lollipops,” added Mischief Creative João Viégas.

Through the end of the March Madness tournaments, six-packs of Chillollipops will be available for $3.17 on the brand’s website. 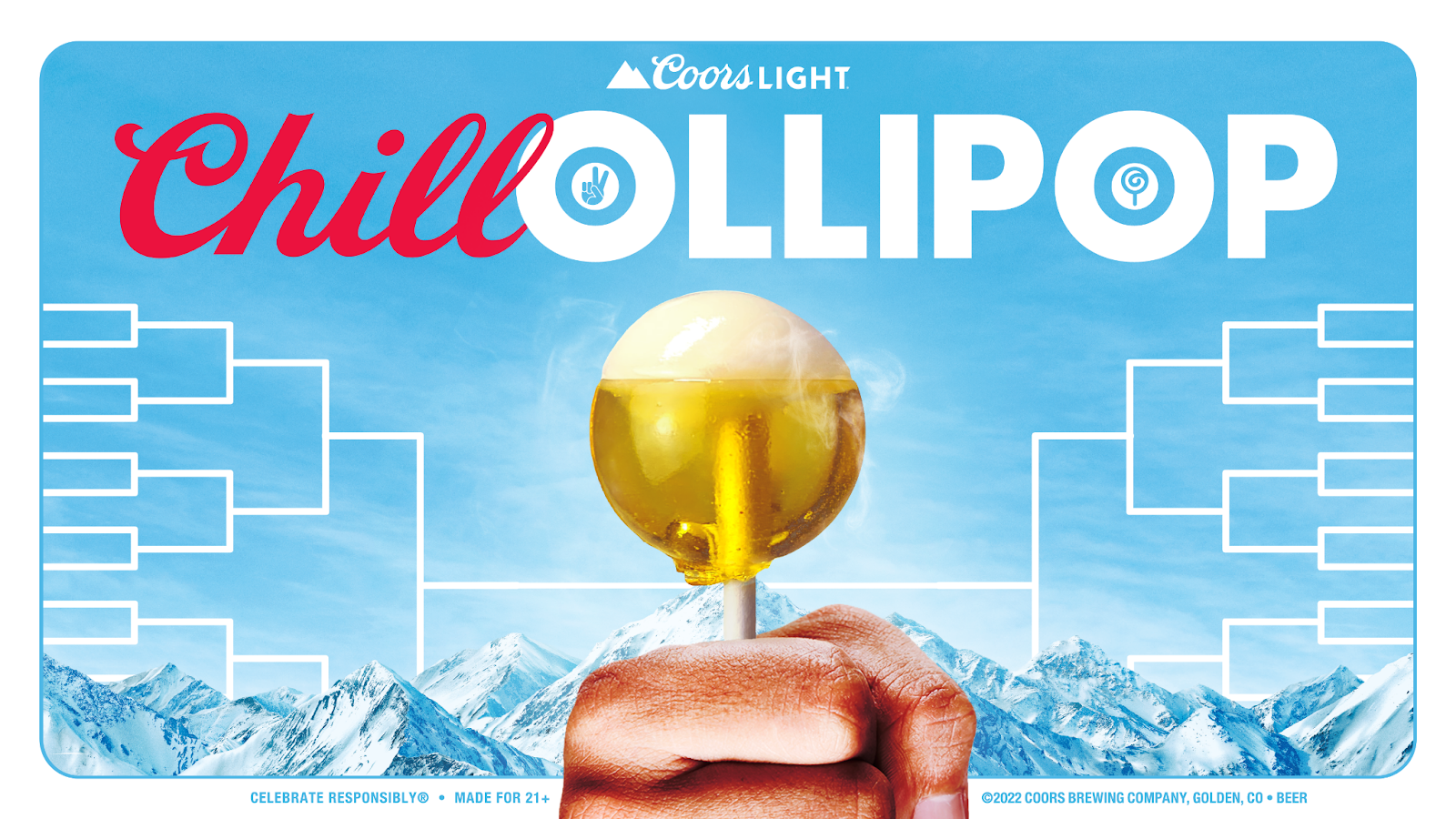