A Dad Muses on His Daughter's Future in Big Game Spot From Venables, Bell & Partners

Audi is using its Super Bowl ad to promote gender pay equality via a tale about a father and daughter in the latest example of a marketer linking itself to female empowerment.

The 60-second spot, which was released today, is called "Daughter" and shows a dad pondering how society will value his daugther's worth as he looks on while his young child competes in a downhill cart race. He wonders, "What should I tell my daughter.that she will automatically be valued less than every man she'll ever meet?" The spot ends on a positive note, with the father expressing hope that she will be treated fairly, as Audi pledges its commitment to equal pay for equal work.

The ad, by Venables Bell & Partners, will run in the third quarter.

Female empowerment ads have risen in popularity in recent years. Bud Light, for instance, last year gave a shout-out to equal pay for women in an ad that co-starred Amy Schumer.

What is notable about Audi's spot is that it was directed by a woman -- Aoife McArdle, a top director repped out of Somesuch and Anonymous Content who has directed big-brand work for the likes of P&G (Secret), Under Armour, Honda and Samsung. Last year, Ms. McArdle directed a spot for Secret that also carried an equal pay message.

Gender inequity remains a huge issue in the ad production business. Women comprised only 9.7% of the rostered directors of the production companies that made Ad Age and Creativity's Production Company A-List in 2015, according to an analysis Mashable did of the list for a story published last year.

Gender inequality in the industry inspired the launch of the "Free the Bid" movement last year, an initiative calling on agencies and brands to include a female director on any triple-bid production projects.

"As part of the message of equality, Audi felt it was important to use a female director," said a brand spokeswoman. Ms. McArdle in a statement said: "It goes without saying that we should be blind to gender and race. People's merit can't be predetermined on the purely superficial. It's commendable that Audi is committed to implementing equality in the workplace. Hopefully other leading brands will follow suit."

"Pay equality is a big message for a big stage," Loren Angelo, VP of marketing at Audi of America, stated in a press release promoting the ad. "As a business built on bold innovation -- from LED lighting to Audi quattro -- progress is at the heart of what we do. We're a brand that's ahead of the curve and looking toward the future, just like our next generation of buyers."

Of course, Audi appears to have more work to do in increasing the gender diversity in the ranks of its top executives. Only two of the 14-member Audi USA executive team are female -- Jeri Ward, senior VP and chief communications officer; and Christine Gaspar, senior director of human resources, according to the Audi USA web site.

Asked to respond, Mr. Angelo in a statement said: "Today, women comprise roughly 12% of Audi senior management workforce, including our senior VP, chief communications officer and senior director of human resources. In 2017 and beyond, we continue to support pay equality and pledge to put aggressive hiring and development strategies in place to increase the number of women in our workforce, at all levels."

The press release cited some of the programs Audi backs to promote gender equality. That includes a graduate internship program where 50% of enrollment must be female. Audi this year partnered with the American Film Institute's annual "AFI Fest" event to create an Audi fellowship scholarship program that grants one promising female director enrollment in the Afi Conservatory. The conservatory is described as a "hands-on, production-based environment" where enrollees are "trained by a group of dedicated working professionals from the film and television communities," according to the Afi website.

As part of its Super Bowl ad, Audi is promoting the #DriveProgress hashtag, which the automaker says will be used in the coming year to promote new and ongoing initiatives. Audi will also run a custom Snapchat filter nationally that will encourage fans to "participate in the #DriveProgress conversation by sharing their own stories," according to the press release.

Audi's gender equality efforts are not limited to the U.S. The automaker's Spanish division late last year released an animated digital video ad called "the doll that chose to drive" that sought to break down toy stereotypes during the Christmas season.

This story also appeared on Adage.com. 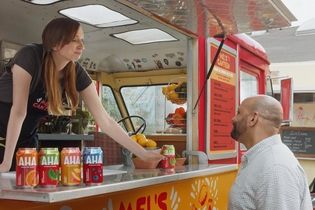 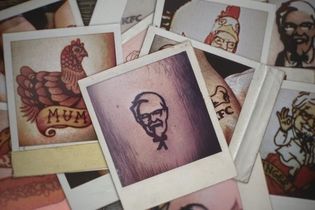