What soccer fan doesn’t dream of drafting their favorite pro to play alongside them? To get fans in on the action of this year’s transfer window, when football players can transfer between clubs, eBay U.K. is setting out to make those amateur dreams possibles.

In a campaign with McCann London and MediaCom, the retail site is "auctioning" top players Roberto Carlos and Eni Aluko to fans so they can amp up their teams.

For just five pounds, anyone associated with an amateur Sunday League team can register on eBay to win a one-day contract for Carlos or Aluko to join their team on the pitch. The soccer stars’ listings on the e-marketplace feature playful write-ups of their offerings. Carlos’ offerings include “free-kicks fiercer than your Sunday morning hangover” and “prime time Brazilian Beef” while Aluko advertises herself as “5ft3 (and deadly)” and is available for “tearing up pitches and banging hat tricks.” 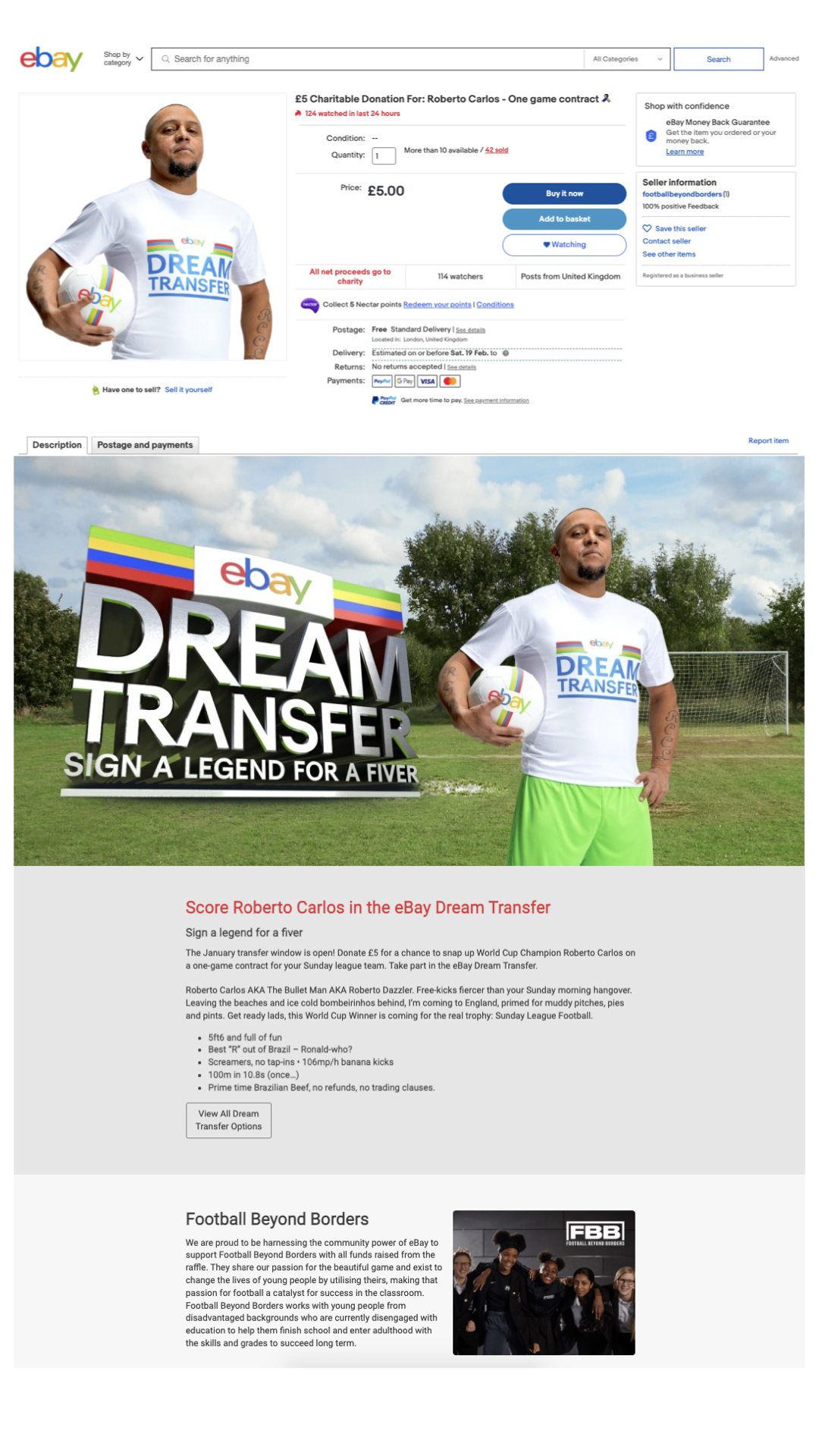 The contest, which U.K. footballers can enter on the campaign’s website, will run throughout January 28th and include teaser films, social media support, media takeovers and television content featuring influencers like Sky Sports’ Kelly Cates, Chris Kamara and Fabrizio Romano. All proceeds from submissions will be donated to Football Beyond Borders, a charity that supports the education of young athletes.

“In recent times the ‘Beautiful Game’ has gotten ugly,” said Matt Searle, creative director at McCann London, in a statement. “Tarnished by elitism, the football pyramid and communities who thrive because of it, are in threat of being left behind. But, by using eBay we set out to democratize the biggest marketplace of all: with bags of heart, a lot of fun, a Series A champ, and a World Cup winner. Can Carlos bend it in Bromley? You bet he can. Can Aluko do it on a wet night in Stoke? Just watch her shine! And best of all? Either legend is yours on eBay, for the price of a pint—with funds raised going to a good cause. Now that’s something we can all cheer.” 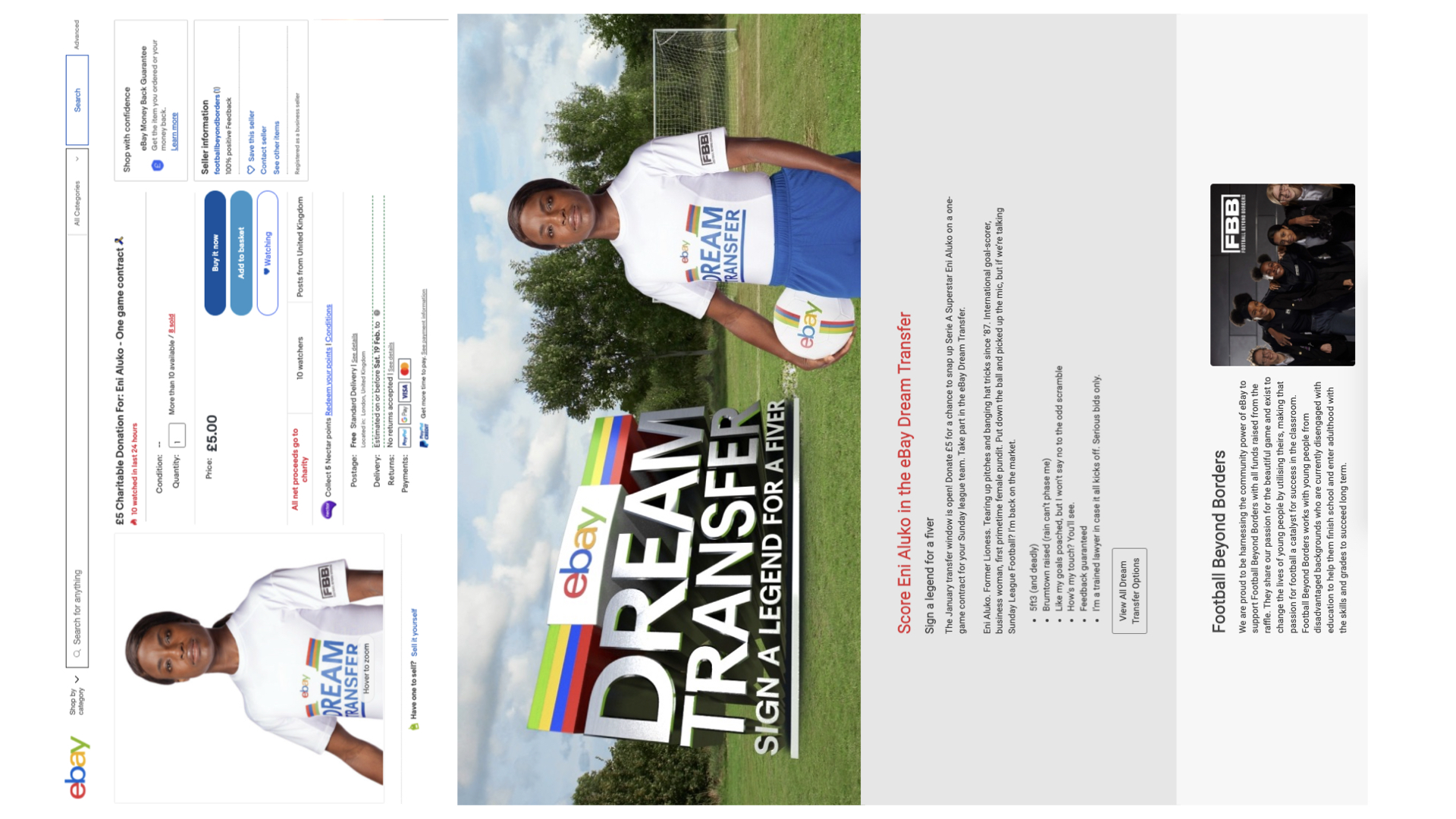 “Bringing communities together who have a shared passion is what eBay’s marketplace is all about,” added Eve Williams, CMO at eBay U.K.. “We wanted to kick off 2022 in a big way to celebrate one of the UK’s biggest collective passions—football—and to make it accessible to everyone—all while supporting Football Beyond Borders, a fantastic charity that does great work to help young people reach their full potential through sport. We’re thrilled to be working alongside legends Carlos and Aluko and look forward to seeing which lucky Sunday league team gets them on their pitch.”