To point out the staggering rise of gun violence in Toronto, a provocative, attention-grabbing statement had to be made.

An outdoor execution made of transparent plexiglass was transported to key locations across the city where passersby could see the beautiful skyline being swallowed up by spent bullet casings.

The execution caught local and national attention, was featured on a live broadcast and helped kickstart a spike in signatures to ban handguns and military assault weapons in Canada. 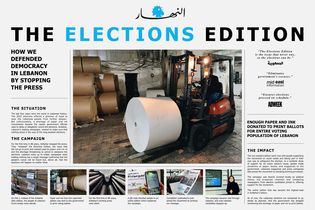