Just in time for National Voter Registration Day today, Facebook has dropped what it says is the “largest voting information campaign in U.S. history.” The platform-spanning effort includes an energetic anthem film from Droga5, voter registration tools across its various apps and live events such as a Vote-a-Thon kicking off today. Facebook says it’s its first consumer marketing effort to run across all of its properties.

The main film, directed by The Daniels of Prettybird, takes viewers on a whirlwind trip through the voting process, starting from registration to the polls (and mailboxes), highlighting how Facebook apps are there to help them along the way.

It kicks off depicting people from all walks of life, bombarded with a din of media messages that might make the idea of voting seem daunting. But then, a message on Facebook pops up reminding one user that it’s time to register. The tale takes an energetic turn, showing all the tools the platform provides for voters—such as its voting information center, COVID-safe poll locations, voting status badges and more.

According to the company, for the coming election it estimates it’s already helped 2.5 million people register across Facebook, Instagram and Messenger, based on conversion rates it determined from states that it has partnered with. This tops the 2 million registrations it helped to implement in 2016 and 2018 and “far surpasses other voter registration initiatives,” it said in a statement. This year, however, the goal is to get more than 4 million people to register.

A Facebook spokesperson said that the company reviewed a number of past initiatives from other organizations outside of the official presidential campaigns themselves, and it’s confident its own push is the largest voter information effort to date in the country.

Today at 8:00 am PT and 11:00 AM ET, Facebook Watch is hosting a one-hour Vote-A-Thon, led by actor and YouTuber Liza Koshy and various other celebrities. The effort re-imagines the old school telethon and will see various public figures reaching out to each other in a plea to get others to register. 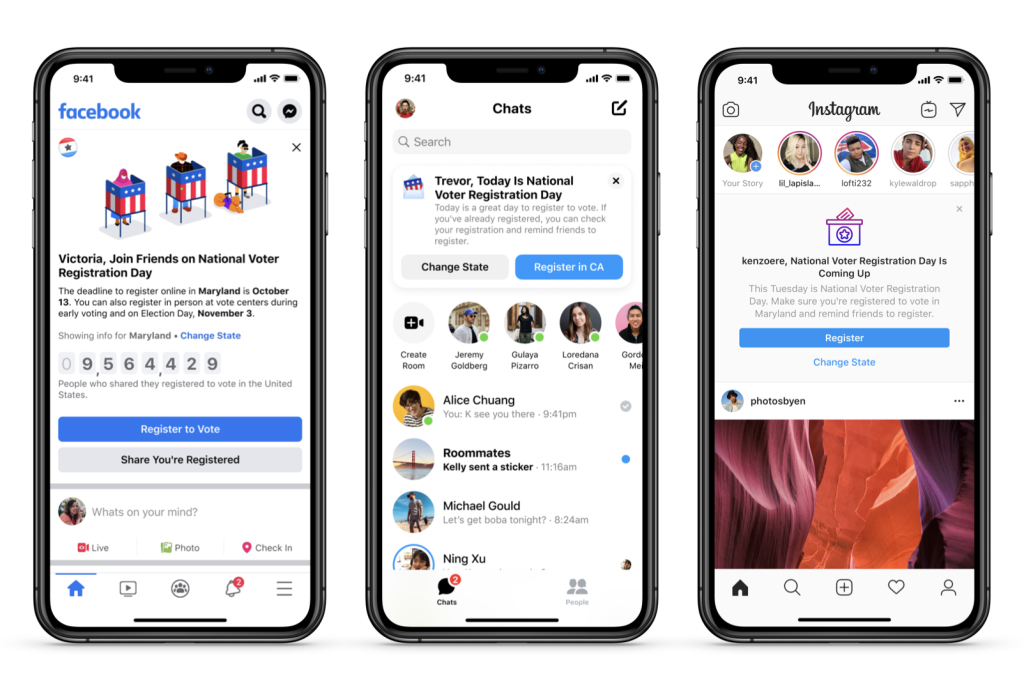 Throughout the week Facebook will also hold various live events and roundtables featuring Sheryl Sandberg and other Facebook execs with local community leaders.

The campaign drops as Facebook remains a target in the "Stop Hate for Profit" campaign, led by the Anti-Defamation League, which has called on brands, celebrities and others to boycott or suspend their use of the platform to protest the company's policies that civil rights organizations believe allow hate speech to thrive.