Fitbit is trying to persuade people to "shift the patterns" of their lives to healthier ones as they come out of the pandemic in a colorful new global campaign.

The work, by Argonaut, comes as the Google-owned brand aims to focus on a wider health-related message, emphasizing mental as well as physical health and reminding viewers that they can see all their metrics in one place with Fitbit, such as the relationship between their sleep and stress.

The overall message is about "self-care." Creative includes one spot in which a woman tries to rebalance her stressful life and commute by fitting in more sleep and a yoga session. Another ad centers on an architect who swaps his stressful work to take time out on a yoga mat. Ben Tricklebank at Furlined directed films, which feature diverse casting and bright colors as well as using visual "patterns" to suggest people changing their own patterns. Meanwhile, outdoor executions also use visual patterns to suggest, for example, the need to balance work with sleep or TV watching with exercise, using the tagline "healthier patterns can change your life."

The effort comes as Fitbit aims to emphasize to people that it's more than a fitness tracker brand; the brand wants to emphasize its "four pillars" of sleep, activity, nutrition and mindfulness, and highlight features like meditation activities.  "As we have evolved from a fitness company to a health company, we realized we really haven't told that story yet," says Lisa Swift, director, brand and product marketing at Fitbit.

The campaign is also aimed at reaching consumers as they come out of the pandemic and get back to a normal routine, including activities such as commuting, says Swift. "We all see the light at the end of the tunnel but the stress and anxiety when it comes to re-entry can take a toll."

The brand is also looking to target a younger audience, one that is more comfortable with discussing mental health. "Our consumers span a wide range of ages and backgrounds and every single person has their own journey," says Swift. "We want to make sure we are connecting with consumers on an emotional level."

Hunter Hindman, chief creative officer at Argonaut, says that the creative approach tackles the issue of "as we get back into the real world, how do we shift those habits of working from home that we don't love back into patterns that we do love?"

"This campaign highlights how Fitbit is the only platform that helps you recognize and shift your patterns with small steps, to ensure that, as we open up and return to the world, we fit ourselves in," he says.

The films will debut in the U.S. and Canada this week and will roll out in EMEA and Asia Pacific over the coming weeks. Outdoor ads will run mainly in the Asia Pacific region. 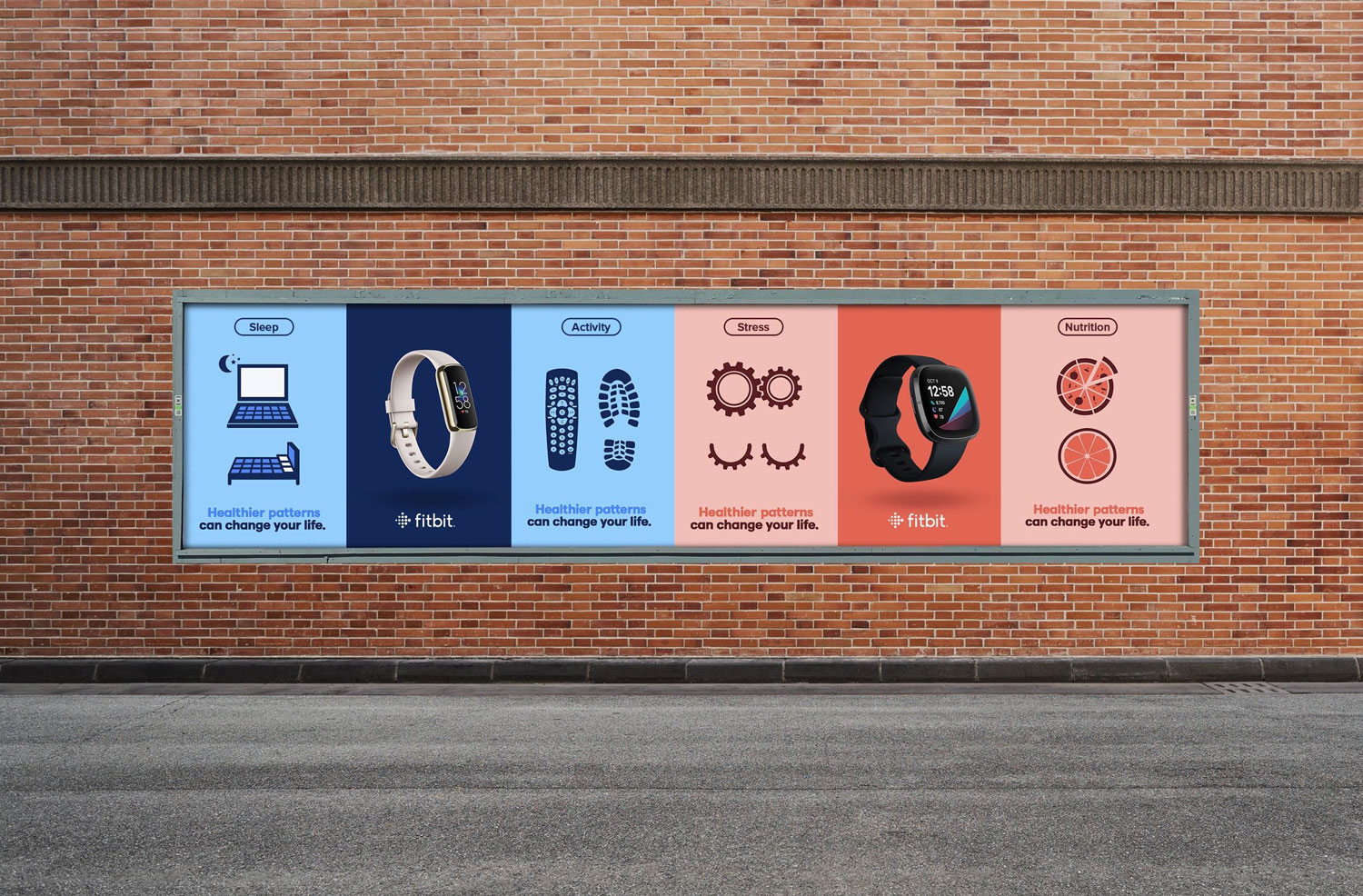 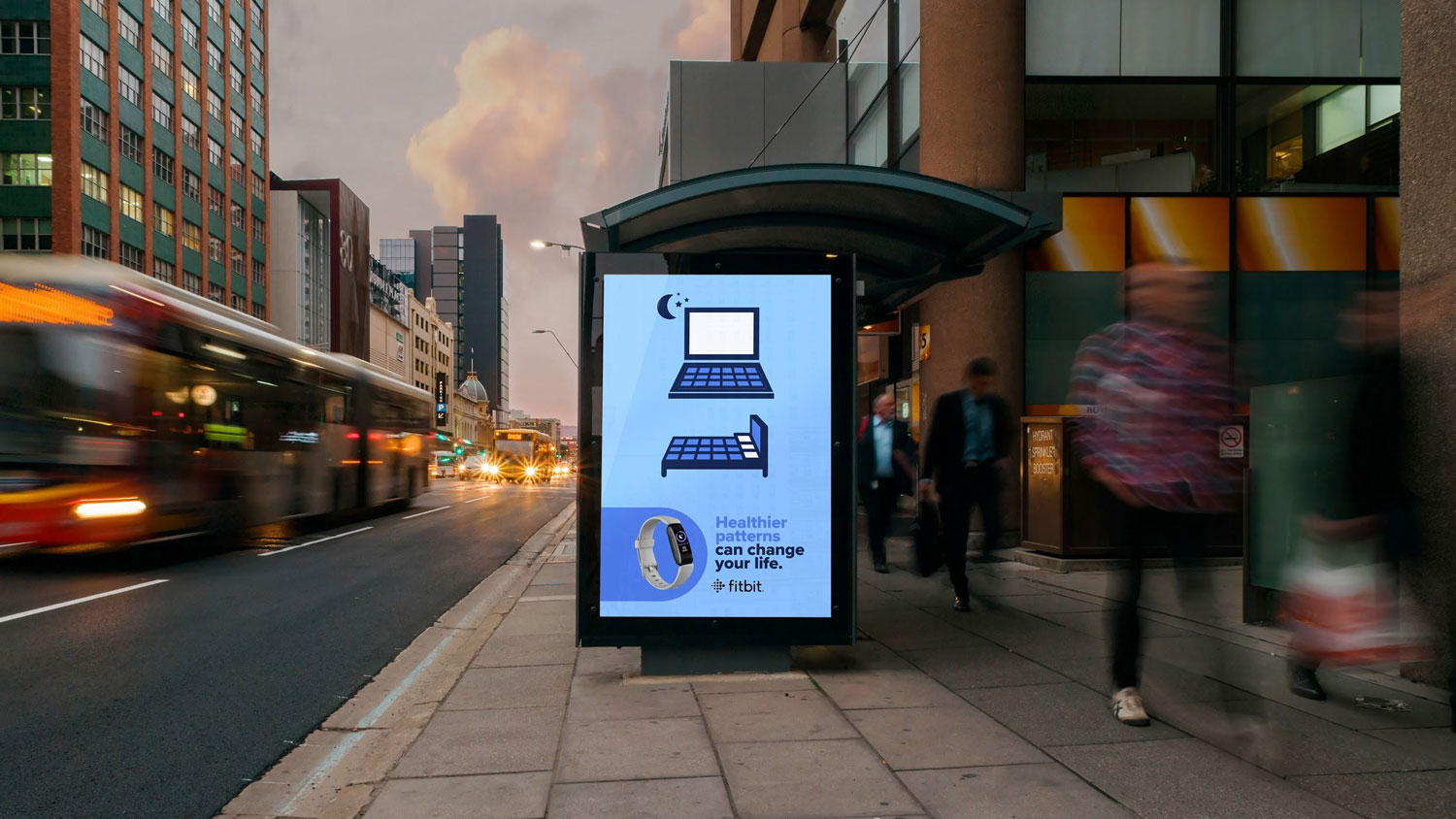 Fitbit: Middle-Aged People Have 'Still Got It' in Fitbit's U.K. Spot for Its Ionic Smart Watch

Fitbit: Fitbit's Latest Global Campaign Is All About 'Sweat and Swagger'