Best of 2016 No. 7 TV/Film/Branded Content --Adidas Strikes Out Against Our Dystopian Future in Powerful Spot for Originals | Ad Age
Skip to main content

Best of 2016 No. 7 TV/Film/Branded Content --Adidas Strikes Out Against Our Dystopian Future in Powerful Spot for Originals

At #7 in TV/Film/Branded Content is Adidas Originals' powerful spot from Johannes Leonardo, portraying a dystopian future. One of several campaigns that contributed to Adidas' inclusion on AdAge's Marketer A-List this year, the spot aired frequently during the U.S. presidential election, with its line "Your future is not mine" taking on a particular resonance.

Adidas Originals' latest camapign has kicked off with an inspiring, beautifully-shot ad about creating your own future -- and not just accepting the one you're given.

The film shows them confidently marching forward through a dystopian-looking landscape of burnt-out urban wasteland and cut-down forests, to the score of an original track by Daisy Hamel-Buffa with the chorus "Your future is not mine."

On the way, they pass some depressing and disturbing scenarios -- people making love with VR viewers on, crowds of people on motorized scooters, a trainful of commuters on smartphones. But they keep on going, in a kind of anthem to individuality and defiance. 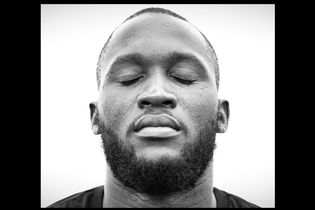 See all the COVID-19 cliches in one big fat supercut

Adidas Originals: The real Stan Smith explains how people think he's a shoe in Adidas' spot for the 'Superstan' sneaker