The International Paralympic Committee created new logo, color and brand partnerships to show that 15% of people have disabilities

Ahead of the Tokyo Paralympics next month, global brands including Google, Peloton and Twitter are set to back a new campaign from the International Paralympic Committee (IPC) highlighting the fact that 15% of the world's population, or 1.2 billion people, live with disabilities.

The decade-long campaign, created by Adam&Eve/DDB, titled “#Wethe15,” includes a newly designed symbol, developed by Pentagram, representing 15% of a pie chart, and purple color as a visual representation of the 15%, which the IPC hopes will become synonymous with the movement over the next 10 years.

The effort will include lighting up 125 landmarks across six continents around the world in purple, including the Empire State Building, the London Eye, the Colosseum, Niagara Falls and Skytree in Tokyo. Meanwhile, brand partners including Twitter, Facebook and Google will transform their logos, campaigns and social platforms to become 15% purple.

Other brands will also become involved with specific events, for example a Peloton activation will have 15% of all users riding  at the same time, with an instructor who has disabilities. Throughout the Paralympic Games, athletes will wear temporary tattoos made from the #WeThe15 symbol. 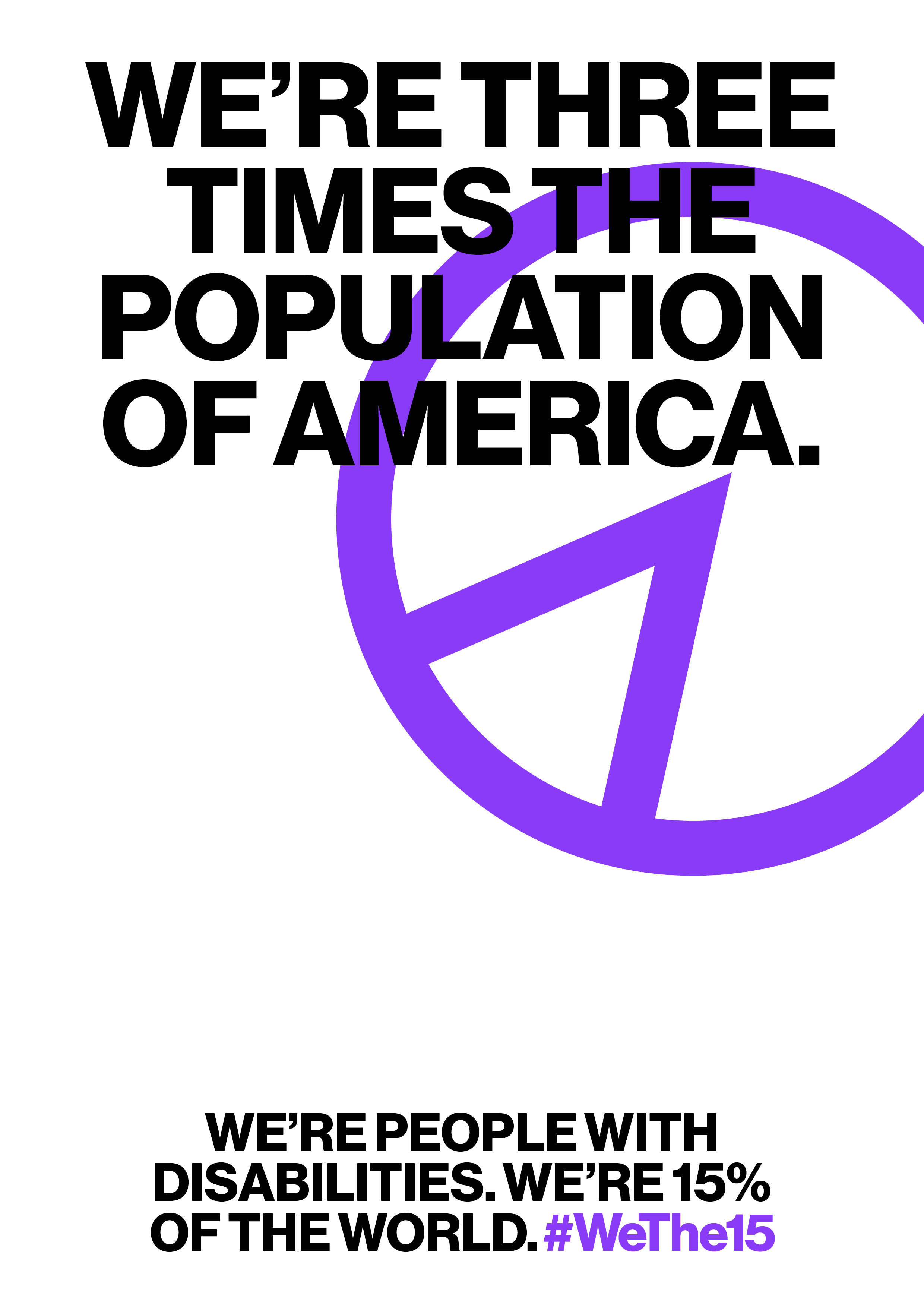 The campaign also includes a hero film in which people with disabilities discuss how, rather than being "inspirational" or to be pitied, they experience all the normal, everyday, even tedious things in life (for example, breaking their phones, pushing thier kids in strollers, watching reality TV and killing houseplants).

Shot in Bogota, Bangkok, London, Johannesburg, Milan and Manila, the film features nearly 40 persons with disabilities assembled in partnership with disabled talent agency and consultancy C Talent. It was directed by Sam Pilling at Pulse Films.

The film will be broadcast live to an audience of over 250 million worldwide during the Tokyo 2020 Paralympic Games Opening Ceremony. It will also be screened by multiple broadcasters around the world as part of their Paralympics Coverage, including NBC, and the U.K.'s Channel 4, which has already launched its own campaign, with a somewhat similar theme highlighting that Paralympic athletes aren't superhuman, but "human."

“The whole campaign is about normalizing disability and bringing to light the 15% of people who have disabilities,” says Richard Brim, chief creative officer at Adam&Eve/DDB. “We wanted to see how we could use the Paralympics as a stage to highlight, way beyond sport, the fact that at 1.2 billion people have disabilities. It goes beyond pity or putting them on pedestals or thinking of them as inspirational.”

Adam&Eve/DDB was originally appointed by the IPC in 2018 following a competitive pitch, but Brim says that the campaign had grown in scale due to the cancellation of the 2020 Paralympics, which had given the agency more time to work on it. “We’ve never done something at this kind of scale,” he adds.

The campaign is backed by a coalition of 20 global organizations including the UN, UNESCO, the Special Olympics and the Valuable 500, and has also been endorsed by the likes of Prince Harry, in his role as Patron of the Invictus Games.

“At the IPC we believe that Change Starts with Sport and through #WeThe15 we want to change the lives of the world’s 1.2 billion persons with disabilities," Craig Spence, Chief Brand and Communications Officer at the International Paralympic Committee, said in a statement. "By partnering with multiple international organizations to launch #WeThe15 ahead of the Tokyo 2020 Paralympic Games, we want to use the platform of the world’s third biggest sport event to spark a decade-long transformation for the world’s largest marginalised group.” 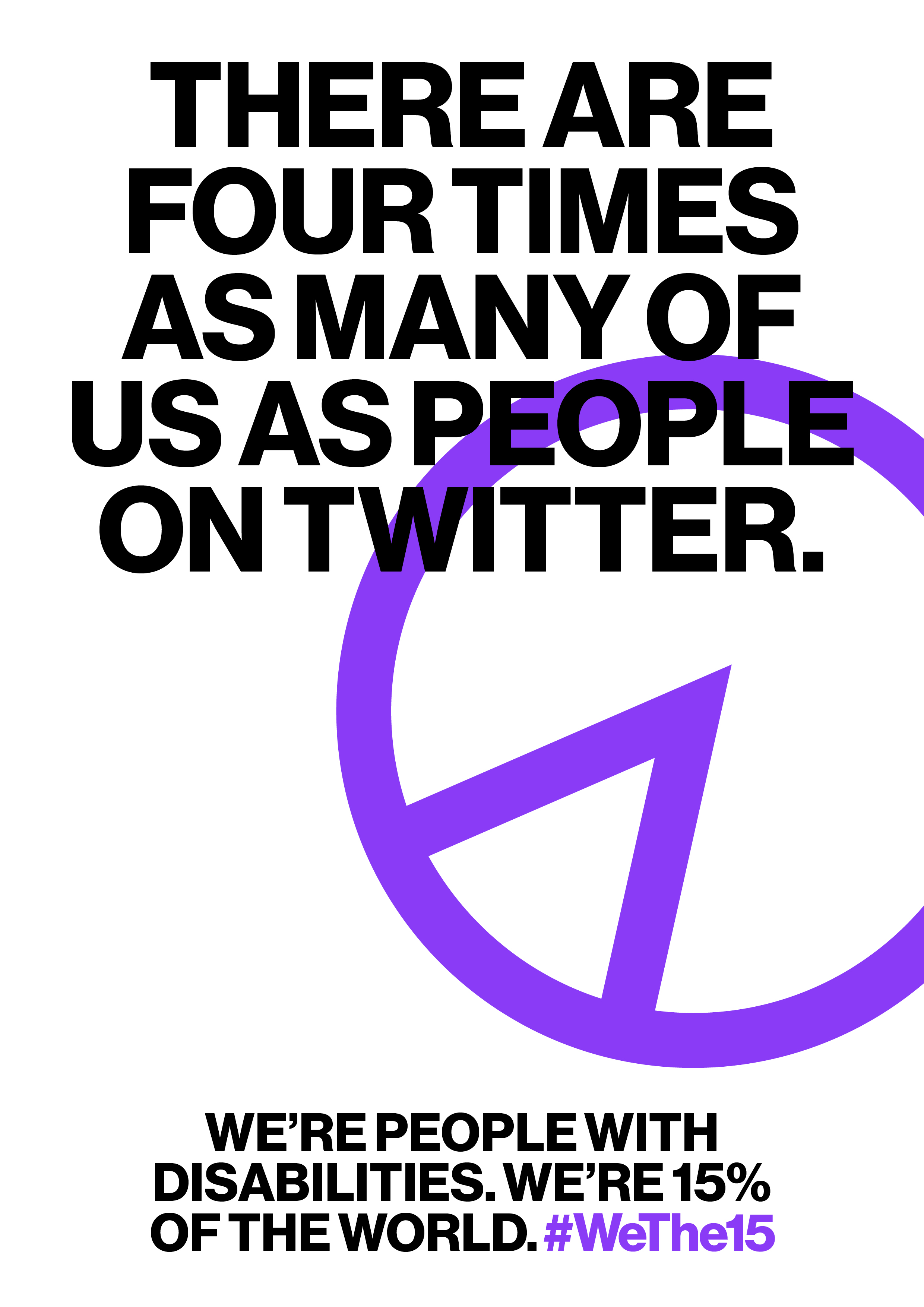 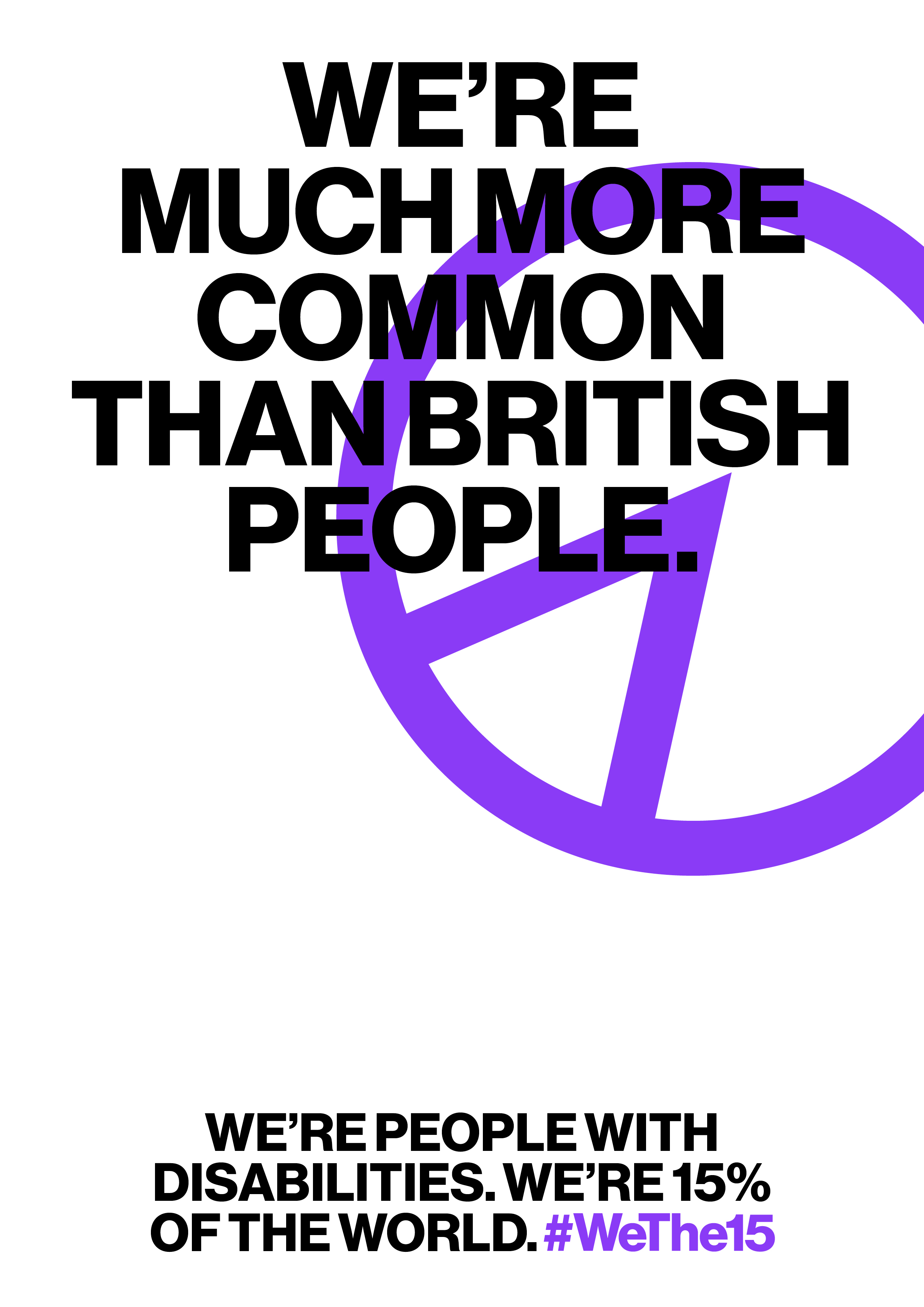 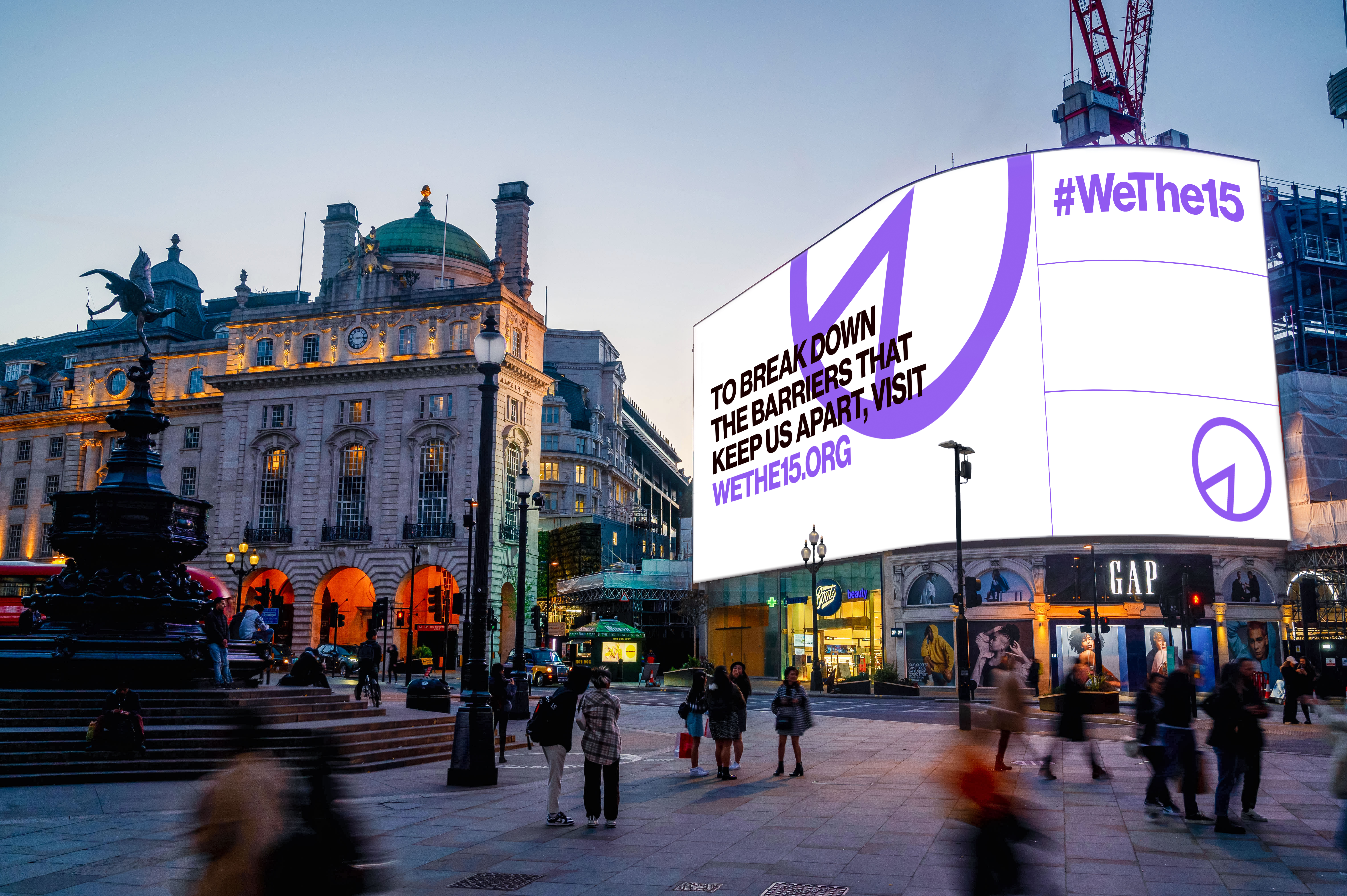 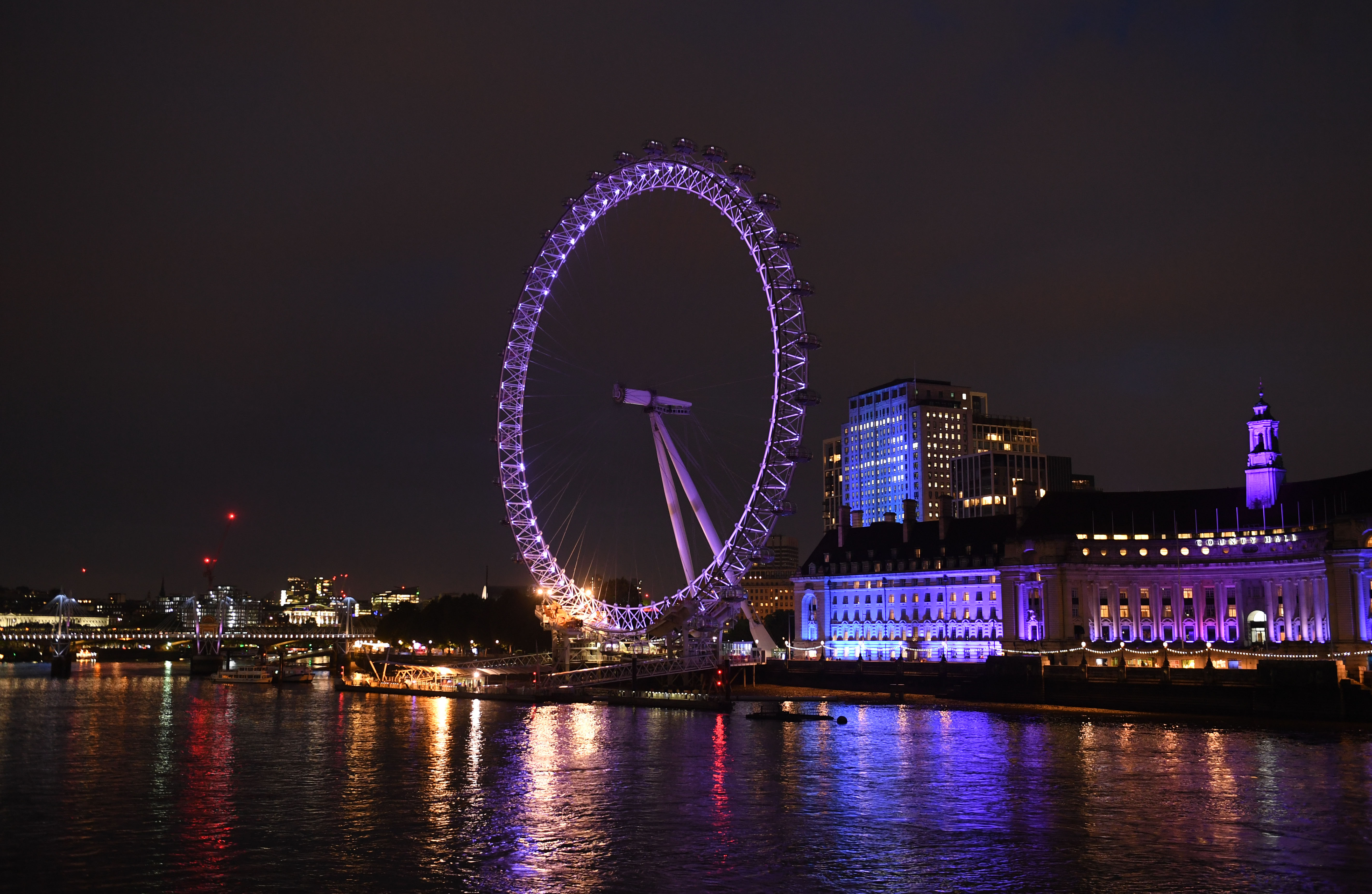 Conan O'Brien bunks with Brad Paisley at the Home of SiriusXM

Head of Planning :
Will Grundy