For our AAPI Creative Excellence Series, Anomaly L.A.’s partner and chief strategy officer Aisea Laungaue recounts his agency's major push for the former First Lady’s ‘When We All Vote’ initiative; also, he reflects on the influence of his Tongan name 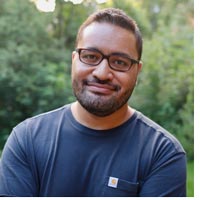 For the final week of our Asian American Pacific Islander Creative Excellence Showcase in honor of AAPI Heritage Month, we are honored to have Aisea Laungaue, partner and chief strategy officer of Anomaly L.A. as our guest editor.

Laungaue, who was born in New Zealand to Tongan parents, grew up in Australia, where he began his agency career as a planner at Saatchi & Saatchi Sydney, working his way up to VP-planning director. A decade ago, he made the leap to the States, taking on the post of co-head of strategy at Anomaly New York before moving out west to Los Angeles. After a stint at CAA, he returned to Anomaly to open its L.A. office, where he now leads a team of 80 that works with brands including General Mills, Masterclass, Jimmy John’s Uber, Coca-Cola and Netflix.

You might have noticed that the pronunciation of Laungaue’s many-voweled name might not be very obvious. Here, he discusses how his “mouthful” of a moniker has taught him the significance of names and influences his approach—and how all that is connected to one of the most meaningful projects of his career for one very big name, former First Lady of the United States, Michelle Obama.

What’s in a name? For me, a lot actually.

I’ve been in a love-hate relationship with my name my whole life. My name is Aisea Laungaue (pronounced I-ZAY-YUH LAWN-GOW-WAY for English speakers or I-SEH-AH LAU-NGOW-WAY for Tongan speakers). A mouthful for every teacher I’ve had growing up, every cold-caller, every airport announcer. It’s certainly an icebreaker and while I’ve toyed with nicknames in all these years, none have really stuck. While it’s a commonly understood name in the Pacific Islands (it is, after all the localized version of “Isaiah”), growing up in Australia meant having to accommodate for tongues that were unaccustomed to this many vowels. And it’s that accommodation for others that took me a long time to shake. It took a long time to stop apologizing for having a unique name and to finally realize that this wasn’t some sort of liability—instead, this was my calling card. A right to be in any room I wanted to be in. A name that connected me to generations of proud Tongans before me. As a result, I’ve never forgotten another person’s name. I’ve never forgotten how it’s pronounced. I’ve never forgotten how important it is to welcome in more unique names to the spaces I inhabit, because there’s usually a unique perspective that comes along with it.

When it comes to names, a big name that I’m proud to have served is the former First Lady of the United States herself, Michelle Obama and the “When We All Vote” initiative she created. It is a leading national nonpartisan initiative on a mission to change the culture around voting and to increase participation in each and every election. Ahead of the 2020 election, “When We All Vote” came to Anomaly with an important brief: How do we increase voter turnout for young people of color, a group of people who would make 40% of eligible voters in the 2020 election? 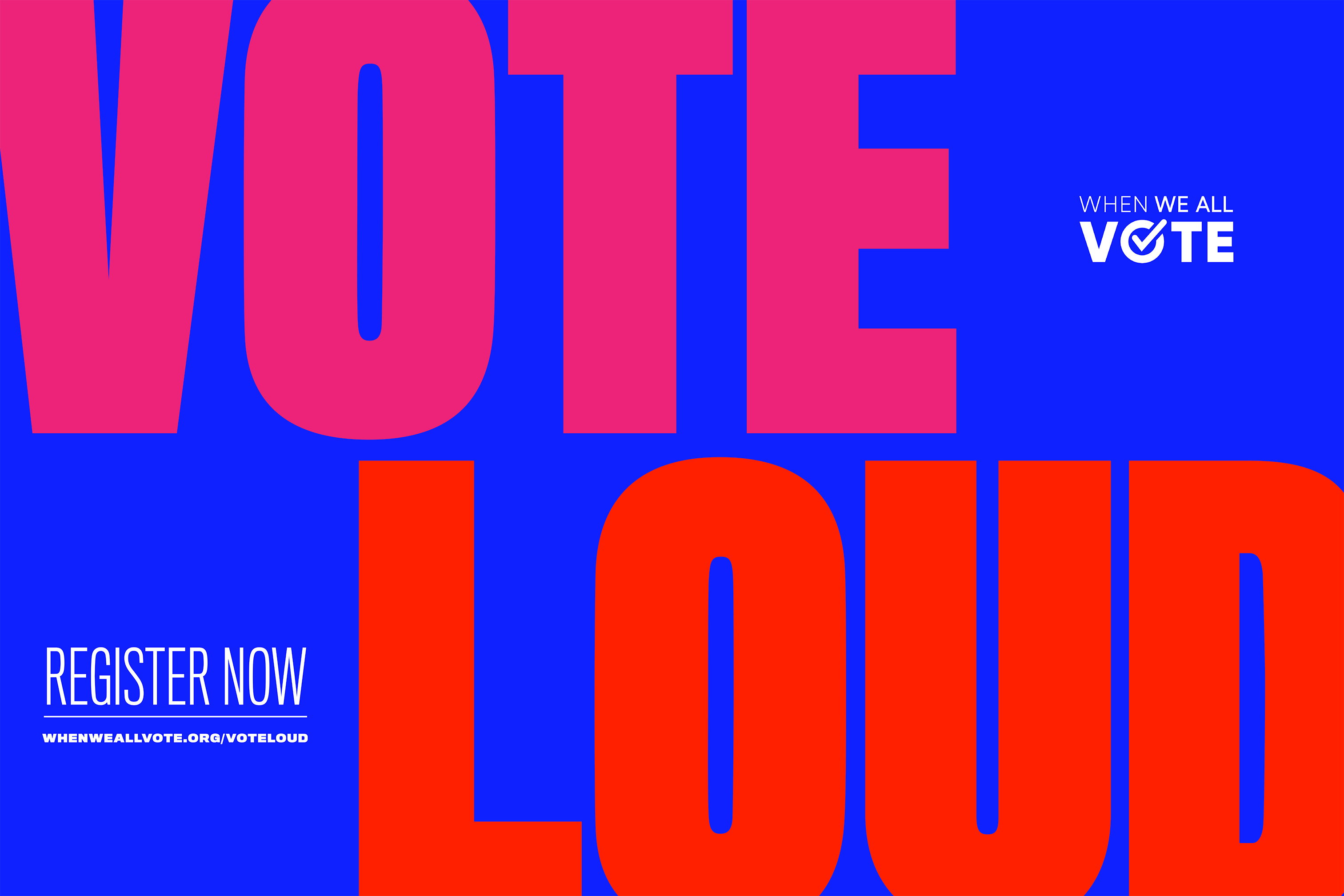 In developing the answer, it became important for us to understand why young people of color have historically not shown up to vote. While other political organizations and consumer studies broadly blamed “apathy” as the culprit for lower engagement, we took the opposite stance. They’re not apathetic—they’re just sick and tired of their voices not being heard and instead overshadowed by richer, older and more “powerful” voices.

It helped us create “Vote Loud”—a rallying cry that spoke to the real issues that this Gen Z audience faces (student loan debt, healthcare and the environment to name just a few) while emphatically reminding them that their voices do indeed have power. And if they don’t use their voices, then someone else will. Literally.

Given the nature of this audience and idea, we created a media plan that was rooted in earned and shared impressions and positioned to surround the Gen Z culture of first-time voters. This plan was brought to life through influencers, Giphy stickers, merch, digital partnerships, murals, a collaboration with Gucci and even Mrs. Obama herself.

As a result, young people and people of color helped decide the outcome of the 2020 election. Even in a high-tension, pandemic ridden year—“Vote Loud” broke through and helped create a new voting behavior for a group often assumed to be “apathetic.” We recognized the topics and beliefs that young people of color are most passionate about and empowered them to use their voices as loud as they possibly could.

This project was important to me personally because the voices, the stories and the perspectives we bring as people of color are important. Our names don’t have to be neatly packaged. Our voices don’t have to be calm and palatable. Our demeanors don’t have to be policed so we can fit in and progress within the corporate structures we operate within.

Our names connect us to our heritage and our past but importantly they connect us to the future we want to create—a future where every kind of name is invited to help move the culture forward. 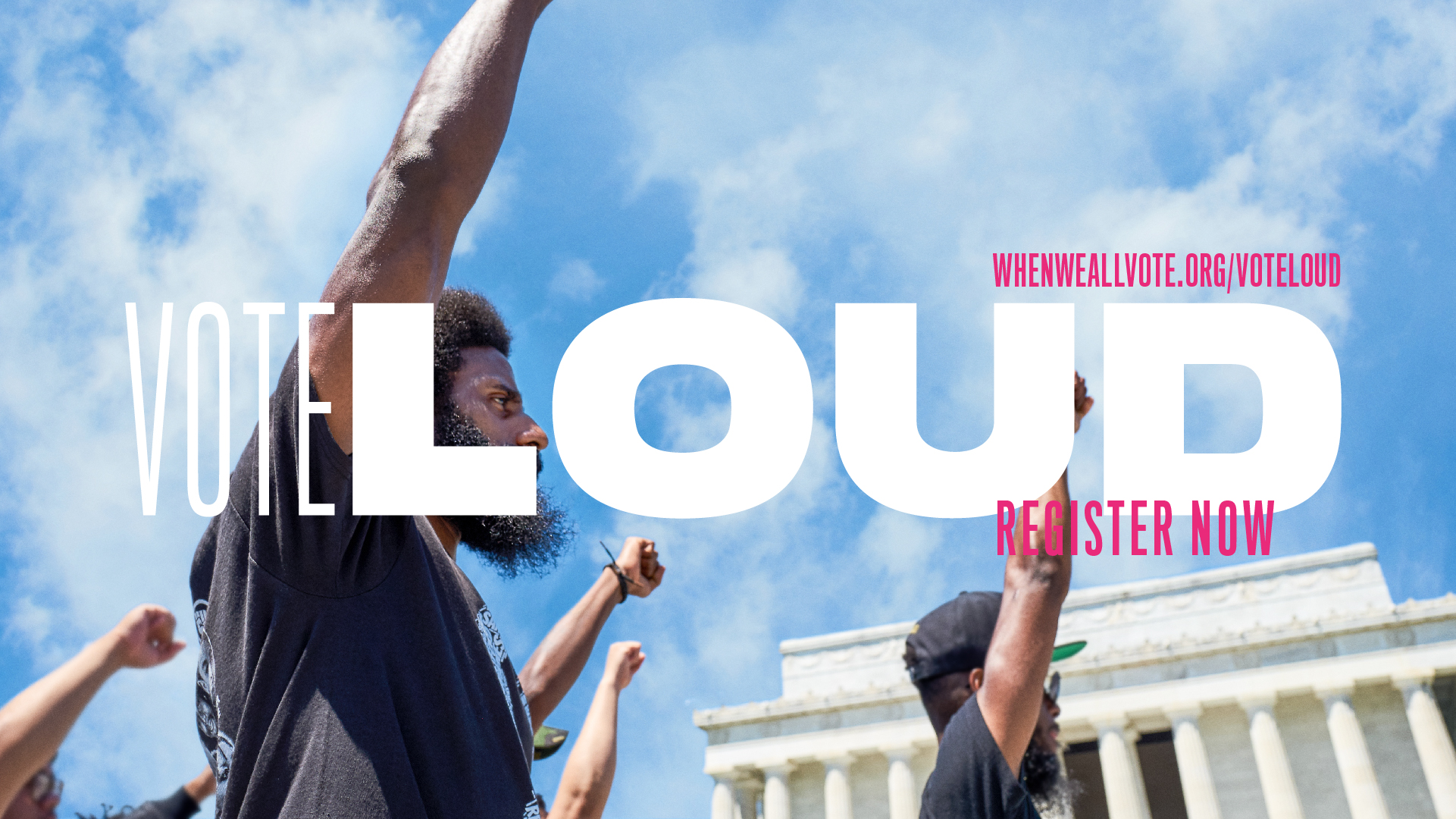 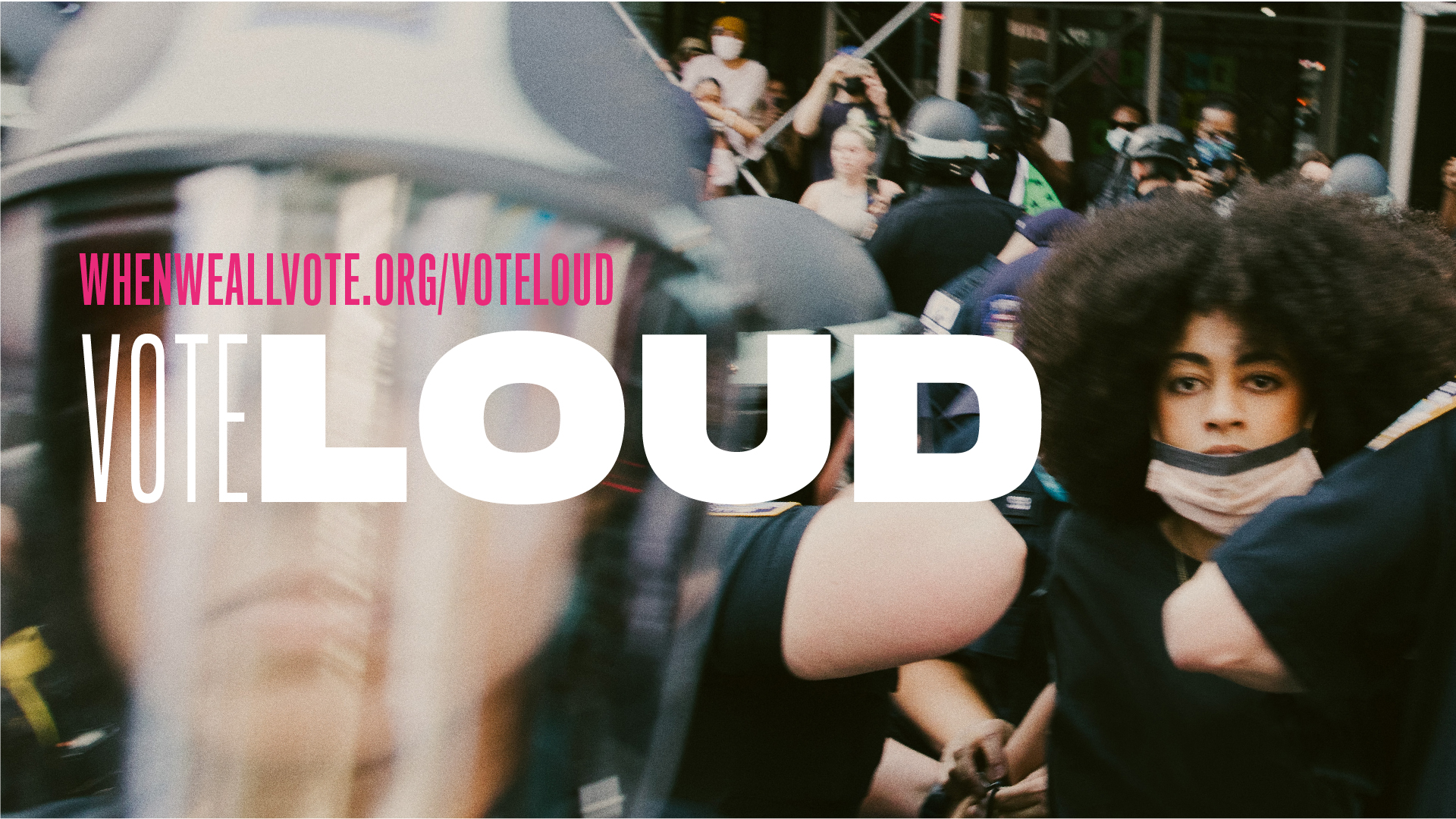 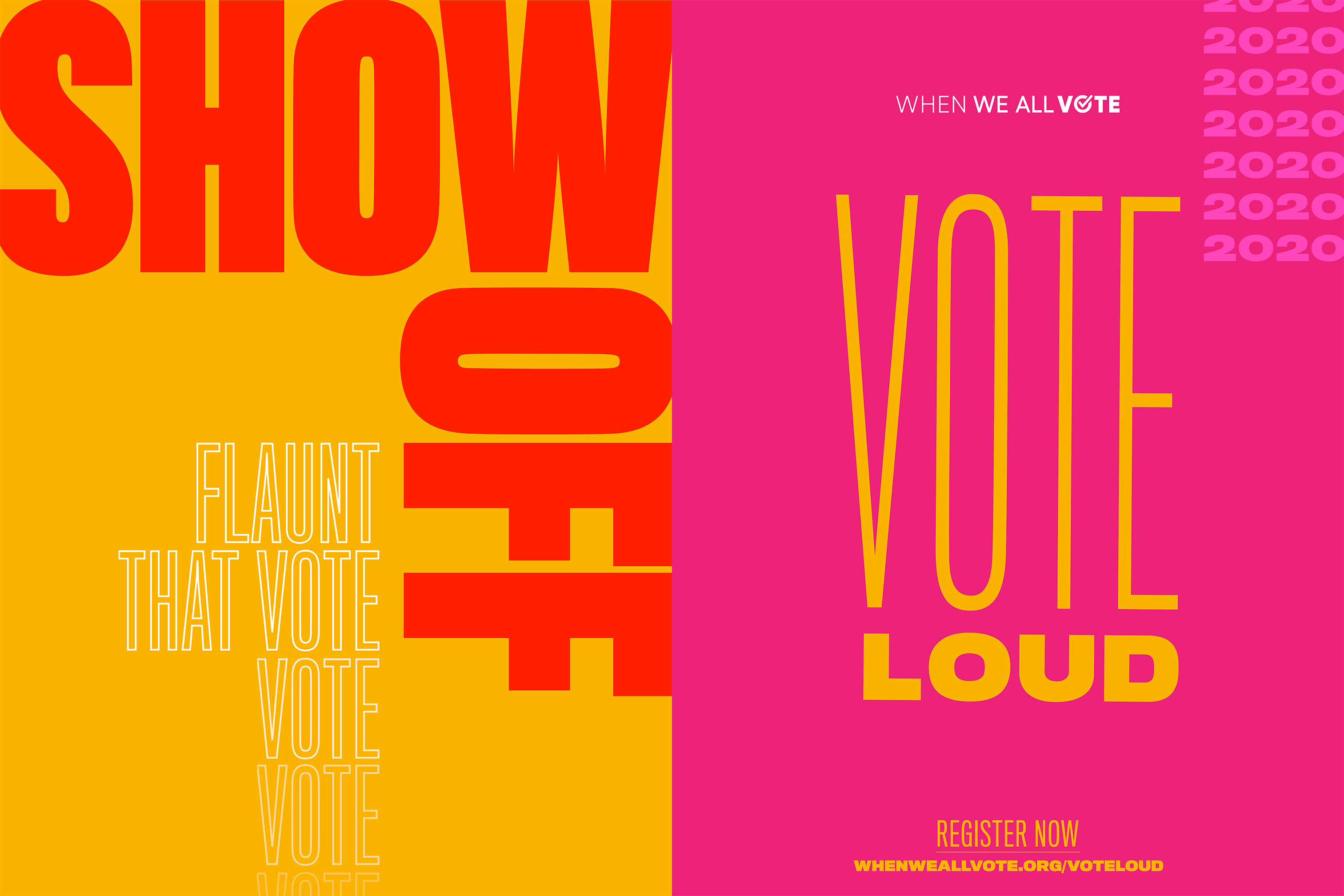 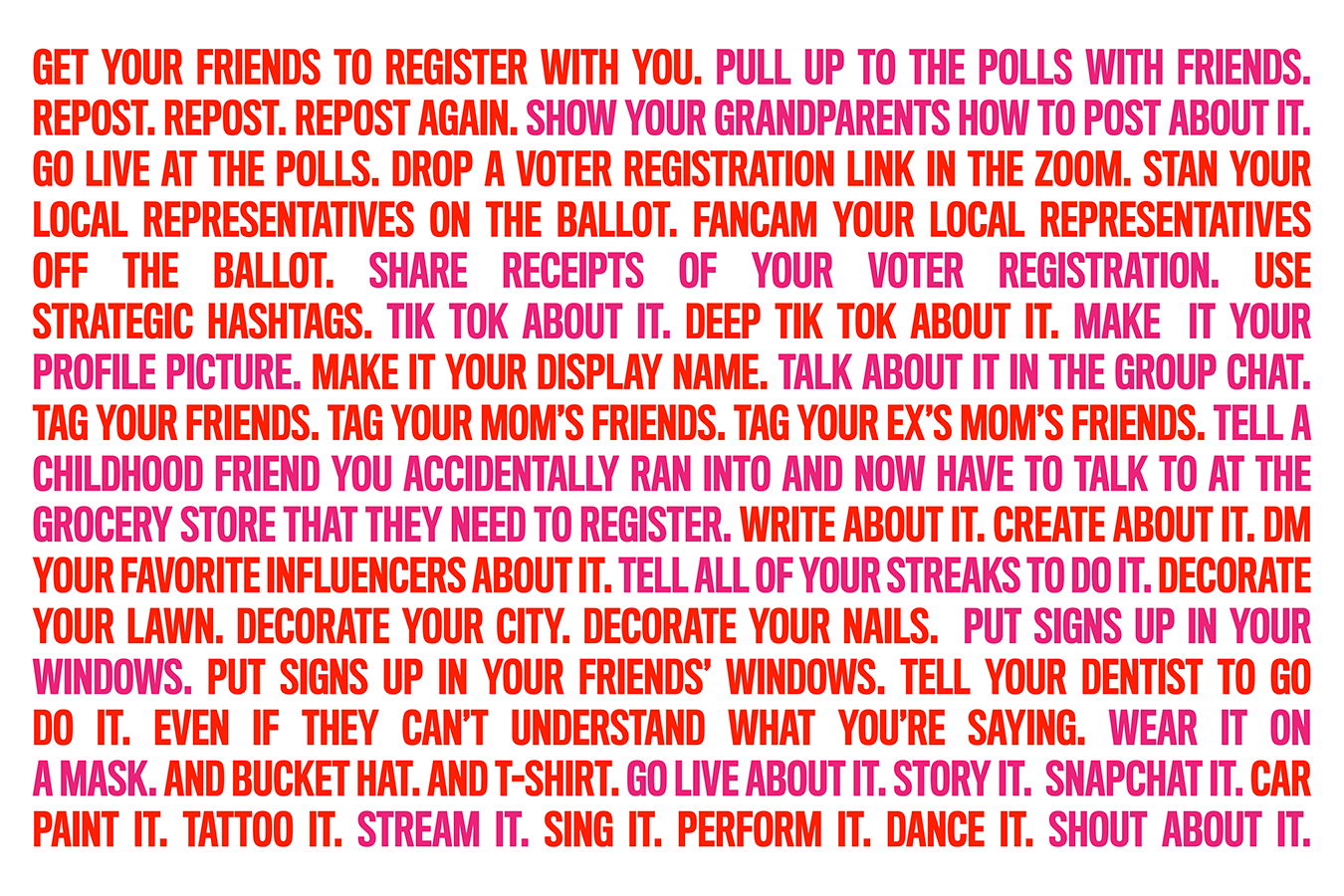 Client :
When We All Vote

When We All Vote: Aretha Franklin's 'Respect' becomes a voter registration anthem