Milton Glaser gets sentimental about New York and its unforgettable logo

Sure, graphic designer Milton Glaser created the now-iconic "I <3 NY" logo. It gave the residents of a struggling city an outlet to say how they felt about their home, and it went on to infinite adaptations, across generations and by people who've never even been to the city. But did you know Glaser really does love New York?

The first designer to be awarded the National Medal of the Arts, Glaser is a New York institution. Now 88 years old, he stars in a new mini-documentary by production company Dress Code that debuted at the Tribeca Film Festival this week. It explores his feelings about the city of his birth and the subject of his most famous doodle. "There was a sense of extraordinary community," he says of his childhood in the Bronx. "That core idea--that this was really paradise--has stayed with me all my life."

But not everyone always felt that way. In the late 1970s, the city was reeling from an economic depression and increased violence. Ad agency Wells Rich Greene was recruited to create a marketing campaign for the state, and Glaser transformed the agency's "I Love New York" slogan into the popular image.

Glaser worked with director Andre Andreev on the film, which comes across as an homage to the city, as well as a warning to cherish the diversity that gives it its vibrancy. "At home, the dark side of human behavior is being revealed," Glaser says, an oblique reference to the rising tide of intolerance in the country's discourse. Glaser is himself the son of Hungarian Jewish immigrants. "But the initial impact of this community of people who said there is a promised land, and they came here, and they worked to achieve that, is one of the great lessons of human ability." 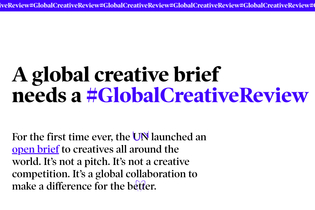 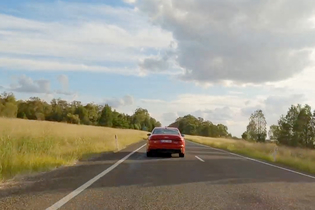