Saturday, May 1 marks the beginning of Asian American Pacific Islander Heritage Month in the U.S. To celebrate, HBO Max is putting AAPI creative talents front and center in a new brand film and content showcase. A new ad, titled “See Us,” cuts together scenes of a broad lineup of programming featuring AAPI celebrities and creators. There are blockbusters such as “Crazy Rich Asians,” directed by John M. Chu;  “Aquaman” with Jason Momoa; dramatic series including “The Night Of” with Riz Ahmed, “Ballers” starring Dwayne “The Rock” Johnson and “The Newsroom” with Olivia Munn; comedy with Awkwafina in “Nora from Queens” and the fantasy of “Lovecraft Country” featuring Jamie Chung.

The spot then concludes with the hashtag "#StopAsianHate," acknowledging the continuing violence and hate crimes against the AAPI community.

HBO Max has also created a dedicated “See Us” spotlight page, which features a wide-ranging lineup of programming that represents the diverse contributions of AAPI talents to the entertainment industry. The collection spans features films, animation, documentaries, reality shows and more.

The page will also shine a light on films created for HBO’s Asian Pacific American Visionaries Short Film Competition, including the 2020 winners: “Lonely Night,” directed by Johnson Cheng; “Fine China,” directed by Tiffany So and “Sim” directed by Thomas Kim. HBO debuted the contest five years ago in an effort to nurture AAPI storytellers. The winners receive cash prizes and get to premiere their films on HBO, after which they become available to stream on HBO Max. 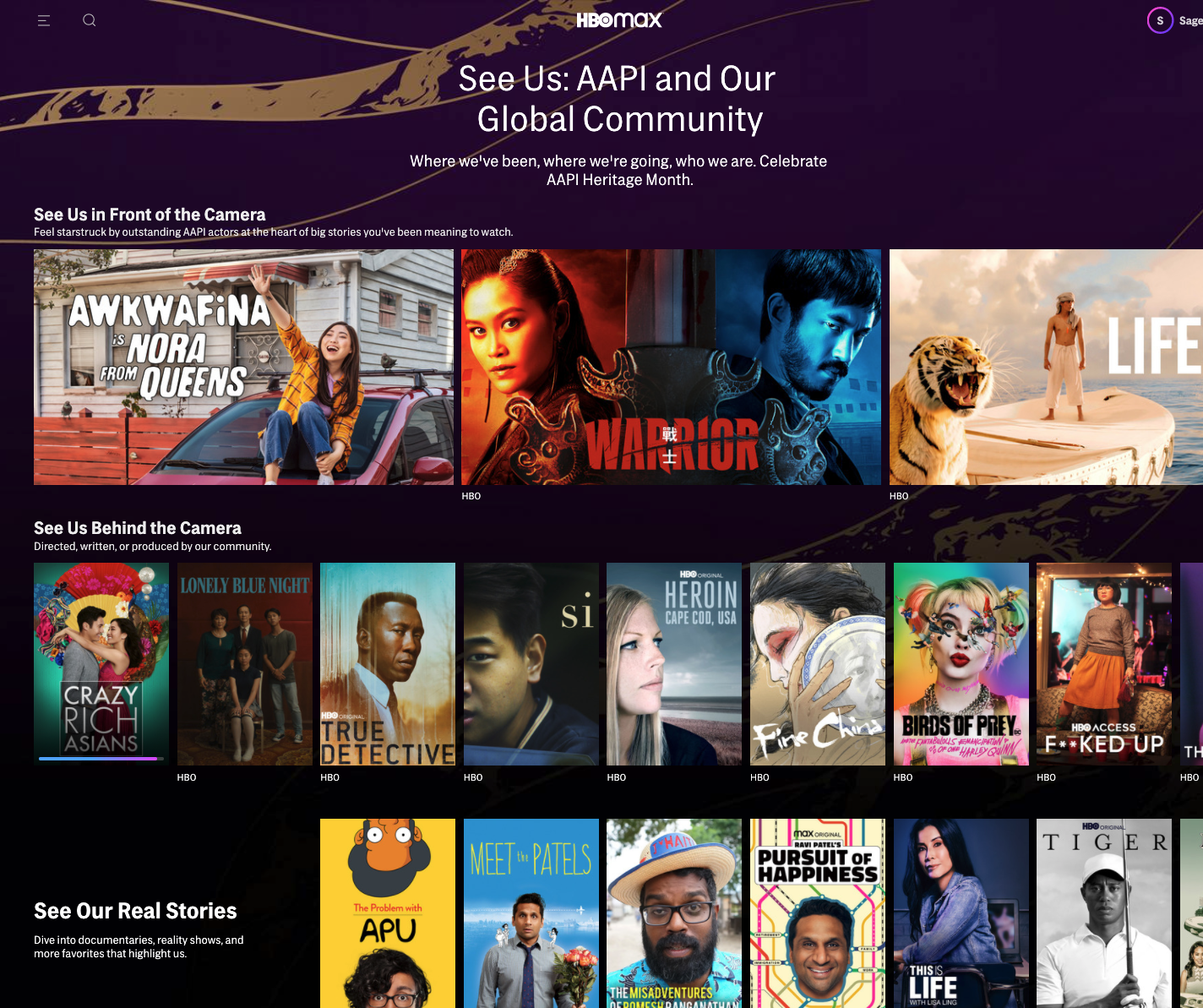