Just for Men is the latest brand to embrace male vulnerability

If there were ever a sign that men's grooming ads—or maybe even men—have changed, it's the "Be the Better Man" campaign breaking Sunday from Just For Men. Even in a business where many brands are trying hard to portray themselves and their customers as more vulnerable and less sexist or stereotypical, the new campaign from the hair-coloring brand is a big departure. An ad show fathers caring for children and even a heavily tattooed millennial applying eye liner. The effort marks the first creative from the Amp Agency, Boston, following decades of in-house creative.

Just For Men was previously known for ads like one where former baseball pitcher Randy Johnson colored his hair to help get a harem of women to do his yard work and serve him drinks.

More recently the brand put the leering faces of (former Met) Keith Hernandez and (former Knick) Walt "Clyde" Frazier into a couple's bedroom. You don't have to delve into the 1980s, the era of Brett Kavanaugh's alleged sexual misconduct, to find those: They date from 2010 and 2015 respectively.

Just For Men's new campaign follows a wave of ads—mostly this year—from grooming brands that aim to show men and their brands in a different light. They include Unilever's Axe and Dollar Shave Club; Procter & Gamble Co.'s Gillette; Edgewell Personal Care's Schick; and Harry's.

Ralph Marburger, VP of men's care at Combe, which owns Just for Men, has noticed the trend—and that played into the decision to try something different that would connect emotionally. But more importantly, after more than two decades of ads heavy on problem-solution selling of products, Just For Men needed to stake its claim on a deeper "brand purpose," he says.

The brand also needs to reach a new generation. Incorporating millennials into ads for products to cover grey hair may seem surprising, but it reflects the changing nature of the business, Marburger says. Combe research finds 60 percent of U.S. men now have facial hair, which can start turning grey when they're in their mid-20s, so coloring mustaches and beards increasingly is the category entry point.

"It's probably a more diverse group of guys consuming our advertising than before," Marburger says. "The definition of what it means to be a man has changed."

That includes more involvement in child rearing, more men being the primary grocery shoppers in their households, and less of their identities tied up in what they do for a living, he says.

But Just For Men is only the latest in a series of brands to get this. Check out how other brands, including Axe, Old Spice and Gillette have evolved over the years here. 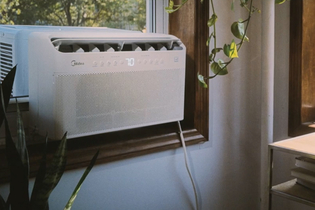 Why an A.C. brand made a (really boring) 90-minute movie 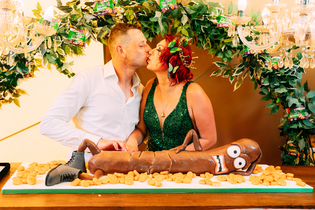 How snack brand Peperami took over a couple's wedding