Learn to play guitar on this beer can

Nothing pairs better with a cold can of beer than some rock 'n’ roll. Now, beer drinkers can do the rocking themselves with the special-edition Notes IPA from SingleCut Beersmiths.

Each can in a four-pack of Notes IPA comes with a distinctive label that teaches the holder the finger positions for a foundational guitar chord: C, D, G or E-minor. To further mimic the feeling of holding the instrument, the labels have a tactile finish that feels like strings. Each can also features a QR code that links to a Snapchat AR filter to bring the cans to life with an animated hand to demonstrate proper form.

When Notes drinkers are ready to put their skills to the test, they can detach an injection-moulded guitar pick that’s hooked to each can’s pull tab and get strumming. The idea was created out of Zulu Alpha Kilo.

“Whether you’re crafting a great IPA or a piece of music, it all comes down to the notes,” said Rich Buceta, founder and head brewer of SingleCut Beersmiths, in a statement. “This beer innovation has been two years in the making and we love that Notes IPA can now inspire our fans to learn guitar or even become the next Jimi Hendrix.” 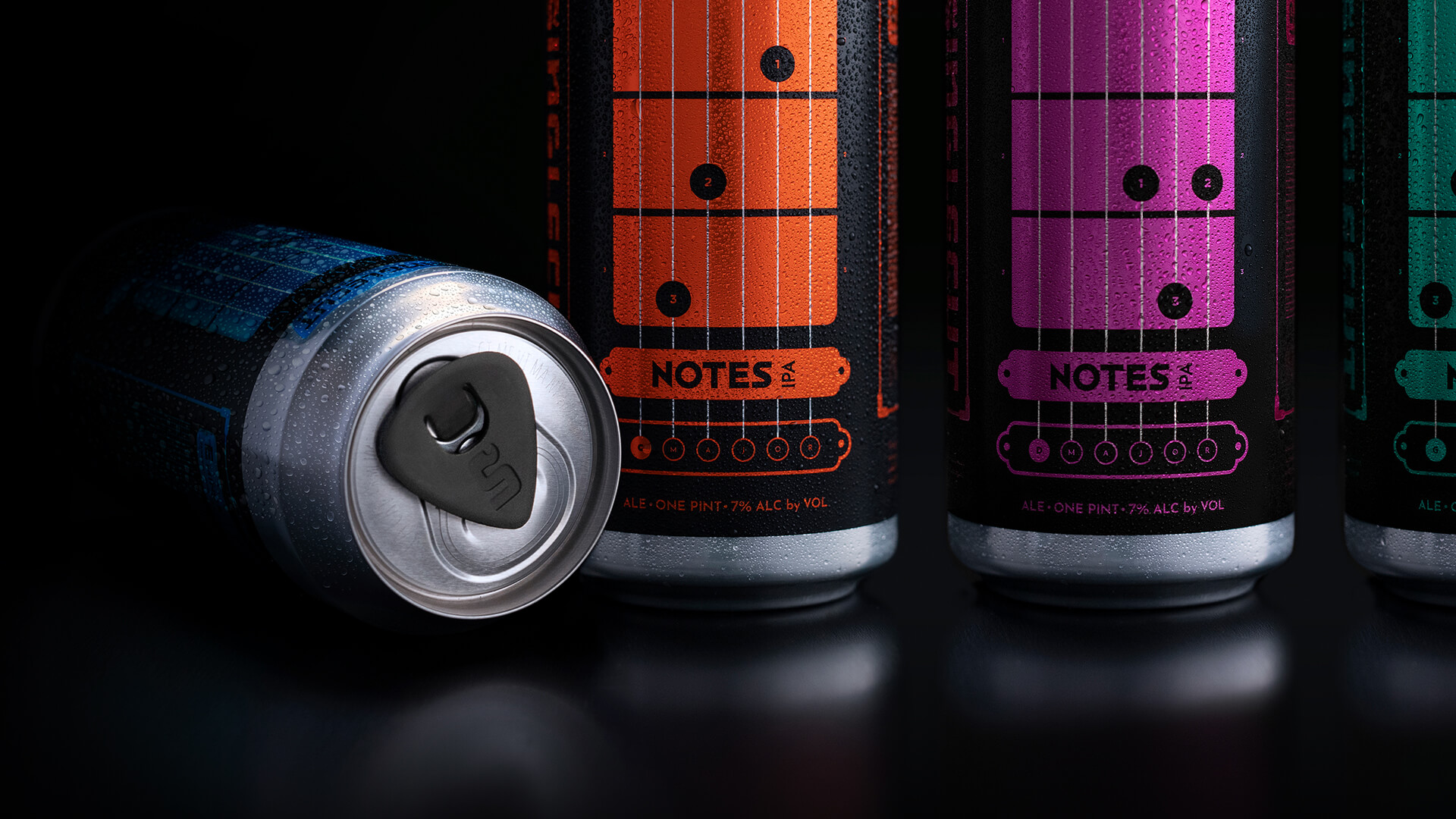 “Notes IPA is the purest distillation of what the SingleCut brand is all about: craft beer and rock ’n’ roll,” added Zak Mroueh, founder and chief creative officer of agency Zulu Alpha Kilo. “Even if you’ve never touched a guitar before or you’re one of the all-time greats, this beer speaks to the guitar hero in all of us.”

Those looking to drink while they learn guitar can grab Notes IPA at both of SingleCut’s taproom locations in Astoria and Clifton Park, New York.