The Final Four is the apex event of NCAA Division 1 Basketball. As official sponsors, Electronics pioneer, LG, wanted to capitalize on their presence with a basketball themed digital sports activation.

The competitors scores were captured live and broadcast on a large video wall made up of 20 curved OLED LG monitors. Measuring at 25×12 feet, the robust digital wall used a custom designed template to deliver multiple data streams including live scores, real time social media posts, commercial video content, and updated live photo and video feeds from within the event.

Attendees also participated in a Slam Dunk competition that placed them in front of a giant 96-inch screen where gesture and motion tracking was translated into a series of slam-dunk tricks executed by a fun video avatar in real time. Scores based on number of tricks and unique combos pushed users to the top of leaderboard. An animated gif was then given to the attendees for social sharing.

Approximately 5,000 users participated in the activities with thousands of impressions on social media making the event a noted success. 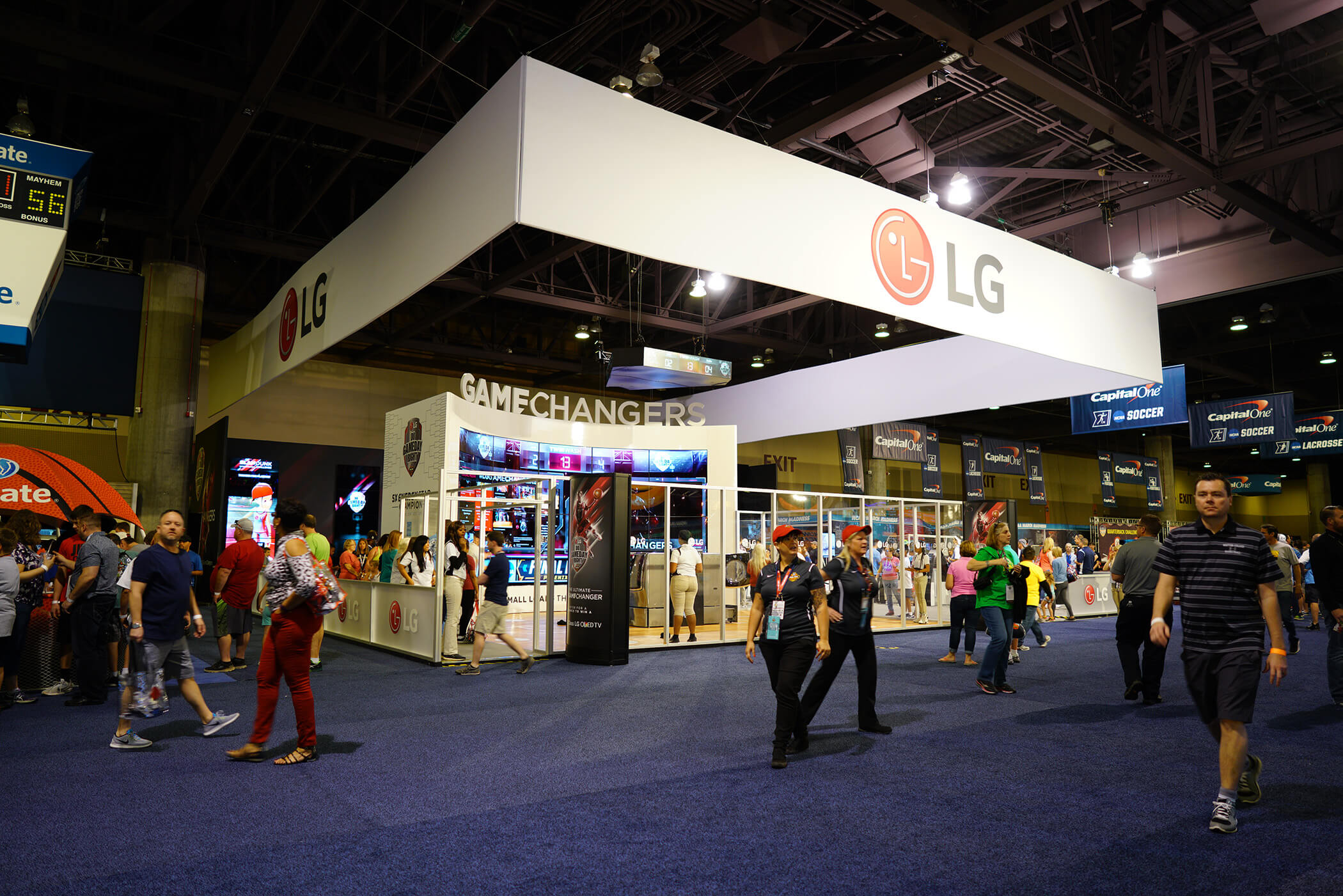 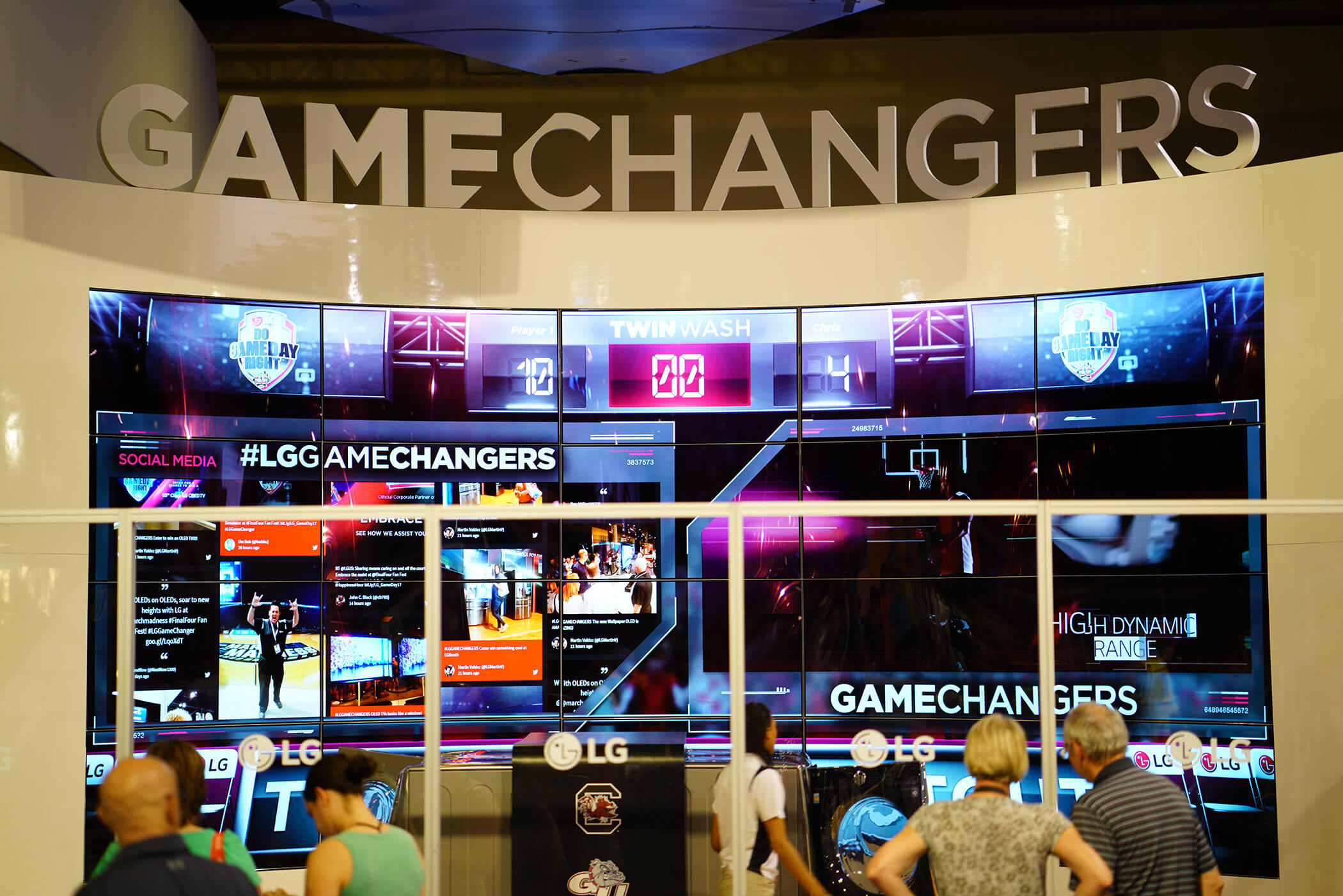 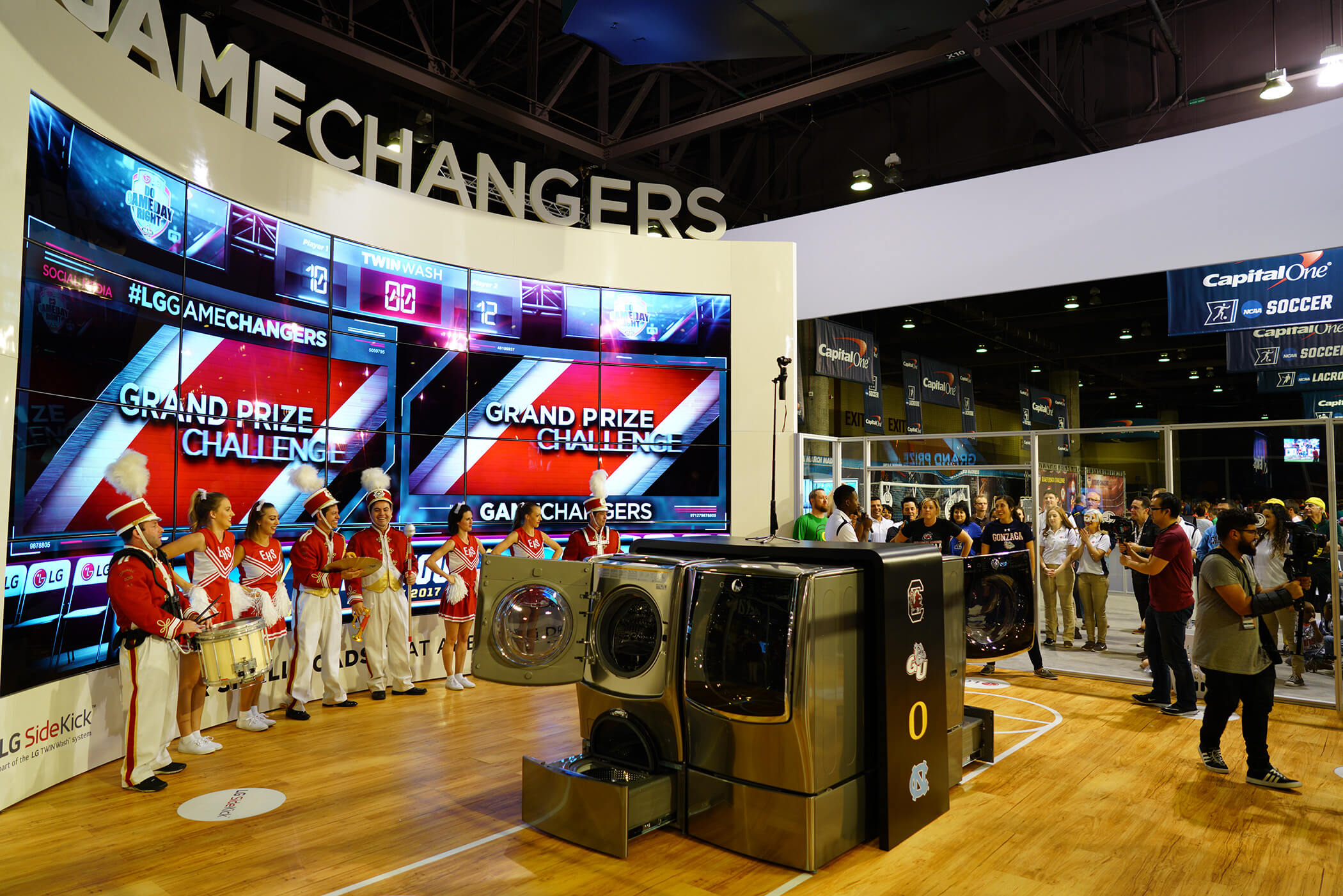 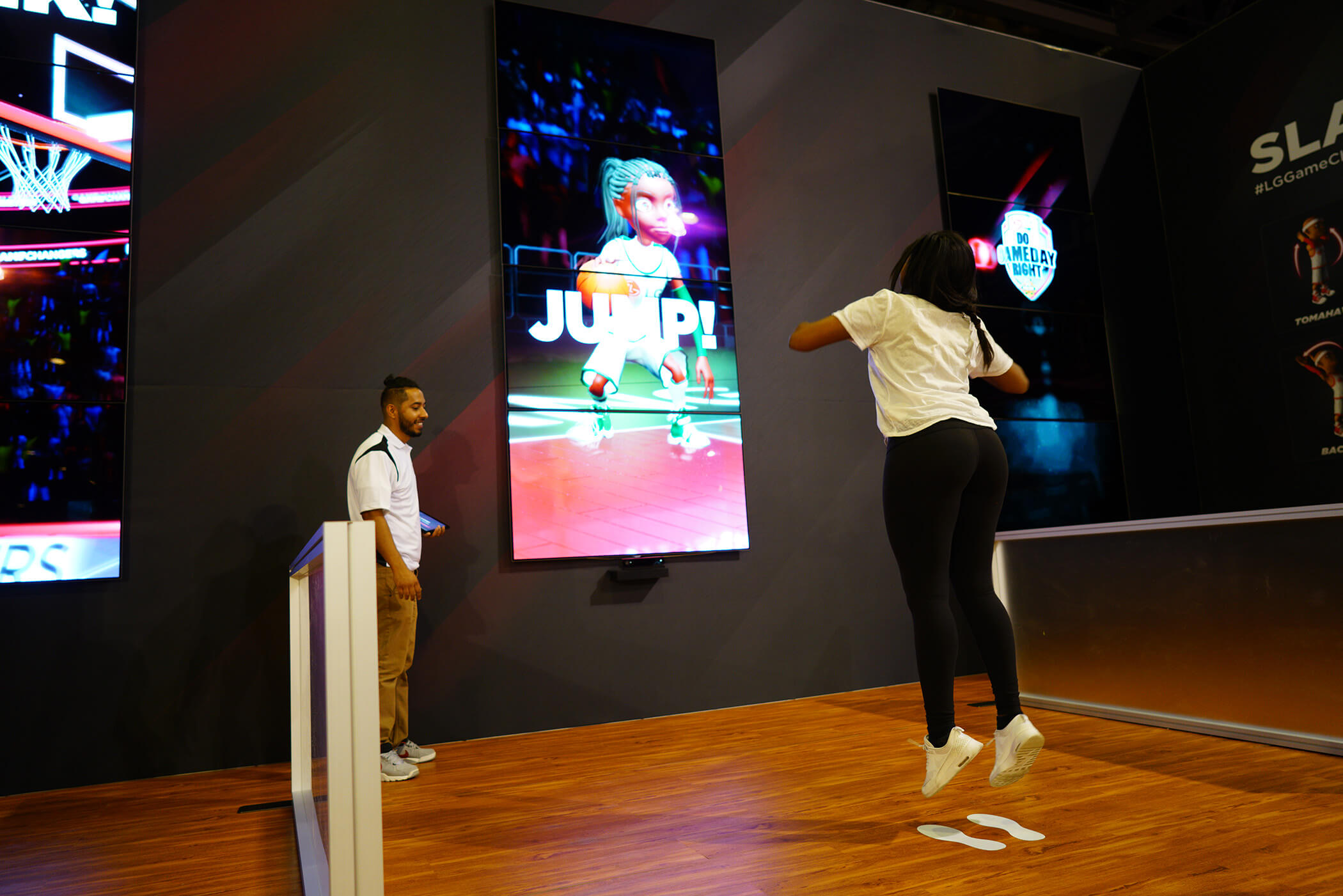 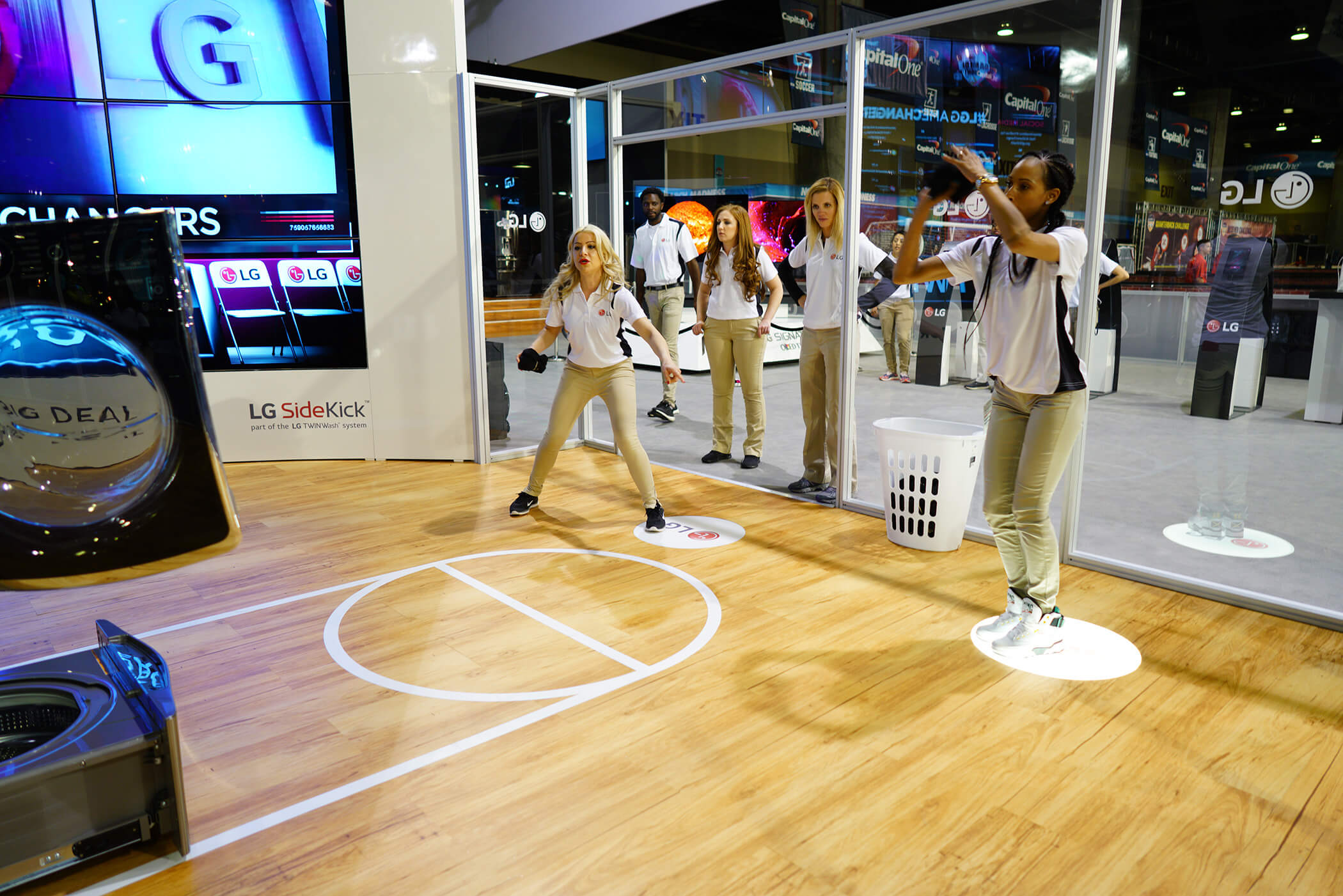 LG: LG's Airport Robot Will Get You to Your Gate On Time