Liquid Death's weird headgear promises to save you from zombies

Heavy metal-themed canned water brand Liquid Death, which entertained us previously with the Killer Baby Namer website that suggested metal band names for your kid, is back with another morbidly fun innovation—a zombie-proof head protector, created in partnership with Netflix's upcoming film "Army of the Dead."

"No Brainer" is a piece of headgear specially designed to "protect your brains from zombies." Created ahead of the May 21 debut of the Zack Snyder-helmed Las Vegas heist movie, it's essentially a neoprene can holder that the wearer can strap around their head and fill with cans of the water, thereby warding off the undead.

Well maybe. To find out if it really works, you'll have to watch the brand's 30-minute spoof infomercial running on late night TV in which co-hosts "demonstrate" the product against actual zombies. The infomercial is running on local channels in Las Vegas, Dallas, L.A., Chicago and New York. Creative is by Colorado-based agency Party Land.

The "No Brainer," which is really on sale for $29.99 from LiquidDeath.com, is also being promoted by creative running in and around Las Vegas, including the largest digital billboard in the city at Vegas Resort World. 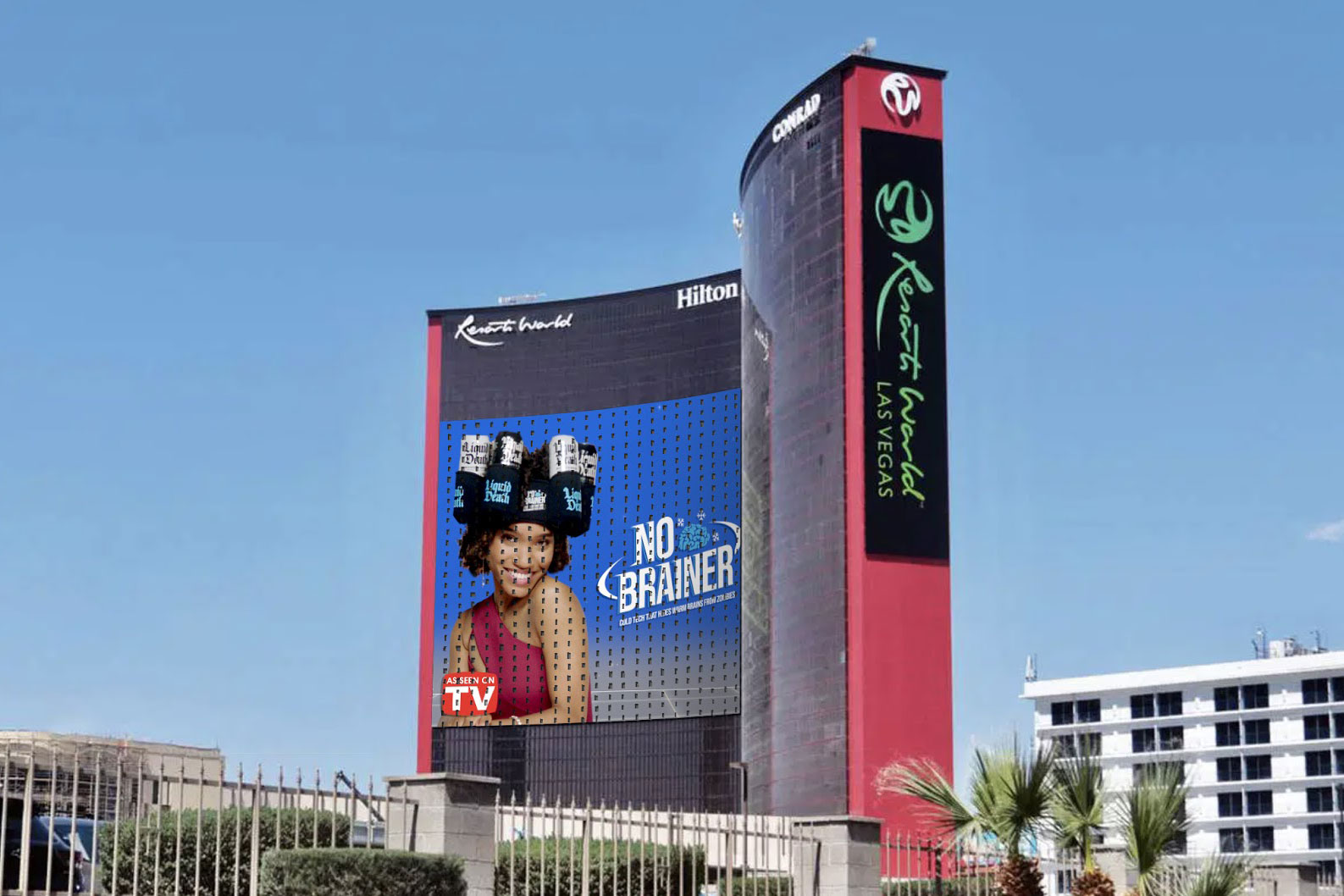