Iron Man teaches beaming, and Ms. Marvel and the Hulk get their smashing on

Lockdown has led many people to pick up new skills—baking, biking, a second language. At-home learning is big business now, and ubiquitous autoplay ads for Masterclass tout the expertise of celebrities like Natalie Portman, celebrity chefs like Gordon Ramsay and tastemakers like Anna Wintour.

But none of them can explain exactly where to place a particle beam for maximum carnage.

A series of new spots for the “Marvel’s Avengers” video game recruits Marvel Cinematic Universe staples Iron Man and The Hulk for their own “Superior Seminars” trailers. Learn how to master the superhero landing, aim for the face and, of course, smash.

Ms. Marvel, who has hammers for hands, also gets a trailer that showcases all the ways she—and ostensibly a viewer—can turn a body into a weapon, though that’s made easier by ignoring fundamental rules of conservation of mass.

The spots use CGI footage from the video game and are directed by Jordan Vogt-Roberts via RSA Films, Ridley Scott’s production company. It’s also some of the first work from BBH New York led by Chief Creative Officer Rafael Rizuto, who joined the agency from TBD in April. Industrial Light & Magic leaned on its experience with the Marvel characters to create the visual effects, and Skywalker Sound handled sound design.

The campaign also includes a CGI trailer for the Crystal Dynamics and Square Enix game, which is available on PlayStation 4, Xbox One, PC and Stadia and will get PlayStation 5 and Xbox Series X later this year. 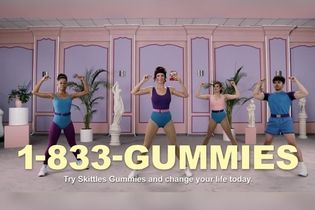 Marvel: This Marvel comic book depicts addiction as a supervillain