To celebrate the launch of the first McDonald's Flagship Store in Latin America, Colombians were able to pay for their food with SMILES!

Coca-Cola and Geometry Colombia announced the opening of their flagship store in Parque de la 93, activating a campaign for McDonald's and Coca Cola called Happy Pay. For the first time, Colombians could turn their smile into a means of payment.

Despite the economic and social difficulties that Colombia and the region are going through, it was interesting to see how in the latest global happiness survey, the country ranks THIRD, as one of the HAPPIEST IN THE WORLD. We understood that this could only mean one thing, the smile of Colombians has a higher value. So we decided to pay tribute to it by combining happiness with technology to make its value visible and turn it into a means of payment.

McDonalds and Coca-Cola wanted to share with Colombians this new and wonderful store capable of providing a much more positive experience. An extremely inspiring brief for the Geometry Colombia team, which found the perfect opportunity to activate a completely different commerce platform, capable of multiplying not only the experience of those who attended the store's inauguration in large numbers, but also of increasing the reach and metrics on social networks around the news. Something like a good dose of Real Magic to turn commerce into happiness. 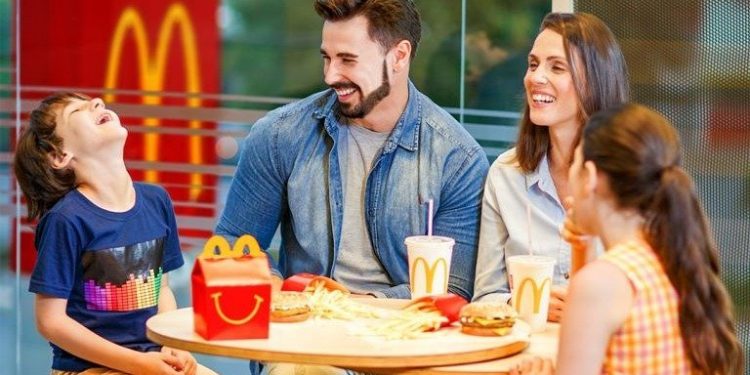