With a tilt, the innocent boy and girl imagery on the restaurant chain's cups takes a less-than-chaste turn

There’s a bit of controversy bubbling over cups for McFizz, an innocent-sounding drink sold by McDonald’s in some international markets.

The sparkling drinks themselves, which have come in a variety of brightly-colored flavors over the years, aren’t what's stirring up the fuss—it’s the cups McDonald’s Japan is serving them in.

The various designs depict a boy on one side of the clear cup and a girl on the other, as posts from McDonald’s Japan show.

When the colorful beverage is finished, it can look as if a boy on one side of the cup and a girl on the other are sharing a kiss on the lips. However, when the cups are tilted slightly, things get frisky in a hurry.

Holding the cups at different angles suggests some imagery that’s NSFW, and definitely NSFM (not suitable for McDonald’s).

Ad Age hasn't seen the cups in person. So we'll leave it to you to interpret the images, as others have done in recent days on Twitter and in posts such as these from SoraNews, Kotaku, Mashable and The Takeout.

While the cups are clear, the planning behind them is not. What is clear is that this isn't the kind of imagery the world has come to expect from the family friendly chain. It’s the middle of the night in Japan, so rather than waking McDonald's Japan's public relations team about this, Ad Age reached out to McDonald’s here in the U.S. to see if the company has any comment. We’ll update you if it does. 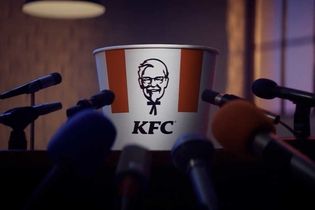 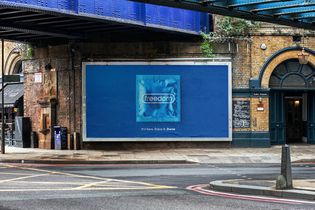