With young people particularly affected by the pandemic, in Sweden, McDonald's is reaching out to businesses to remind them to give youth a chance.

A new music video campaign by the chain's Swedish agency Nord DDB features a choir of teenagers singing a new interpretation of the Swedish rock classic “Open your door” by Tommy Nilsson. The film shows young people from different decades, from the hippies of the '60s to the influencers of today, singing about the different prejudices and preconceptions they had to face about their own generation. Beauty influencer Felicia Aveklew and TikTok influencer Liam Kalevi star in the film and also will be producing their own material for the campaign. Tomas Skoging of Acne Film directed.

McDonald's not only aims to highlight the fact that it's one of the country's biggest youth employers; it's also stressing that it can't help solve youth unemployment on its own. As part of the campaign, the CEO of McDonald’s Sweden, Joachim Knudsen, also wrote an open letter to the Swedish business sector, published in one of Sweden’s biggest financial newspapers, Dagens Industri.

“We are proud to be able to employ thousands of youths this summer, despite the pandemic," said Staffan Ekstam, marketing & communications director at McDonald’s Sweden, in a statement. "We hope that more companies will have the opportunity to do the same. It is incredibly important to give the young generation a sense of hope for the future." 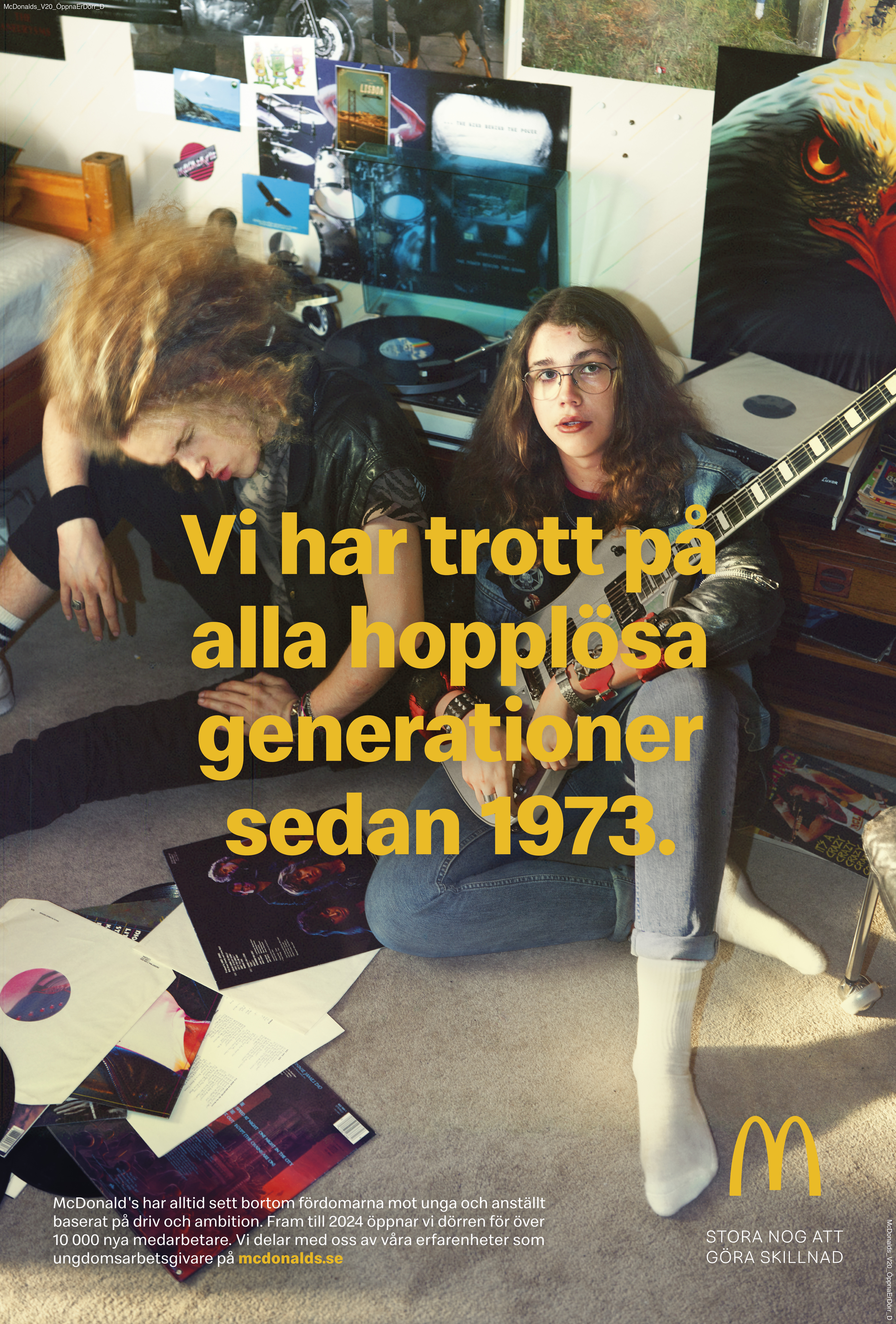 McDonald's-Sweden: 'Soothing' sounds in a McDonald's ad are a cry for help (from your stomach)

McDonald's-Sweden: McDonald's is the best chaser in these nightlife-themed ads

McDonald's-Sweden: McDonald's will give you a Golden Arches hairdo at its virtual barber shop

McDonald's-Sweden: McDonald's replaces its real-world balloons with digital ones