McDonald's cooked up a very on-brand way to honor the inventor of the so-called hamburger menu.

The world's largest restaurant chain and hamburger seller is celebrating the work of Norm Cox with design tweaks and other plans appearing on Reddit for his birthday on Dec. 3.

Cox invented what's known as the hamburger menu, that grouping of horizontal bars, often in the top left corner of a website homepage, that direct users to sections within the site.

McDonald's one-day partnership with Reddit is the latest way for the restaurant to connect with customers as they spend time online. McDonald's has plenty of fans on Reddit, the so-called front page of the Internet, and already advertises on the site. On Monday, McDonald's will offer patrons a way to redeem deals on the McDonald's app by clicking on the hamburger menus on the mobile versions of Reddit and McDonald's. 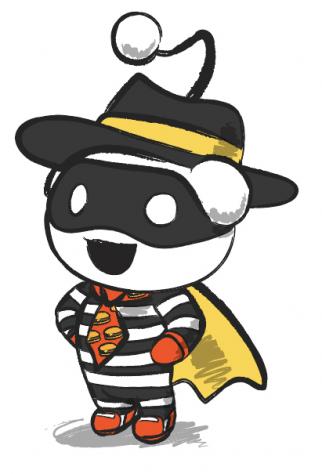 Plus, Reddit's alien mascot, Snoo, created by site co-founder Alexis Ohanian, is getting a one-day makeover as McDonald's Hamburglar. The Golden Arches is calling the mascot the "Snooburglar."

But back to Cox, who came up with the hamburger menu design in the 1980s and is named as an inventor on 29 patents that are related to user interface design. Now, he finds himself starring in a McDonald's video saluting his work.

And, this being a partnership with Reddit, McDonald's plans to host an "Ask Me Anything" session with Cox at 3 p.m. ET on Monday. Content related to the honor will also be posted on Reddit's and McDonald's social media channels.

McDonald's says agencies on the project included Omnicom's We Are Unlimited on creative and OMD on media, and IPG's Golin on PR.