This Sunday, the New York Times will return to Hollywood’s biggest night of the year with a bold, cinematic spot starring actress and singer Janelle Monáe. It’s the publication’s second Oscars appearance since 2017 when it debuted its celebrated “Truth” platform, created out of Droga5.

Helmed by Nigerian-British artist and director Jenn Nkiru, the new ad opens on a wide shot of Monáe standing alone on the Virginia shore. The water swirls behind her and the camera pulls in closer as she recites the following words:

“In August 1619, a ship appeared on this horizon near Point Comfort, Virginia. It carried more than 20 enslaved Africans who were sold to the colonists. No aspect of the country we know today has been untouched by the slavery that followed. America was not America, but this was the moment it began.”

The copy in the campaign’s signature typography then notes that those lines were pulled from the The New York Times’ “The 1619 Project." Led by investigative journalist Nikole Hannah-Jones, who covers racial injustice for the NYT, the multi-platform initiative spans interactive stories, podcasts, events and more to explore the legacy of slavery in America. It debuted last August on the 400th anniversary of when enslaved Africans first set foot on what would become the United States.

With its filmic, but spare, one-shot opening, the new spot (the extended version of which is seen here) is a stylistic departure from the Times’ previous ads, which combine typography, audio and photography to recreate the experiences of Times journalists reporting out their stories. But the endlines ties it back to the platform: “The truth can change how we see the world. The truth is worth it."

“The power of the words from the journalism in this case felt enough,” says Droga5 Group Creative Director Laurie Howell of the new approach. “We wanted to do something that stripped it all back to just those words and find a creative and moving way to elevate them further. We played with other elements in production, but that simplicity became the choice.”

While the spot feels different, the message remains the same, says New York Times Senior VP-Marketing Amy Weisenbach. “The brief was not really different than any other brief,” she says. “Our goal is to help our readers understand the importance of paying for quality journalism because we know if they understand its impact, they’ll subscribe.”

According to Droga5 Group Strategy Director Nick Maschmeyer, when the Times first published the project, it was something the agency was immediately drawn to as it offered an opportunity to help broaden consumers’ notions of what NYT journalism is all about. “It can be so much more than the latest headlines and breaking news,” he says. “The ‘1619 Project’ is a perfect example of the type of important journalism that many readers don’t necessarily consider when they think about ‘the news.'"

In casting, the team homed in immediately on Janelle Monáe, known not only for her acting and music, but also for being an outspoken political activist. “We looked for a powerful orator who had both the expertise and the gravitas to deliver the words of such a pivotal project,” says Droga5 Copywriter Stacy-Ann Ellis. Not only was Monáe familiar with the project, she “was aligned with some of the truths it set out to communicate.” Fortuitously, Monáe will also be performing at the Awards on Sunday.

On returning to the Oscars, Weisenbach says that the ad wasn’t actually made with the show in mind. It just so happened that it once again provided a fitting stage for the message.

“It’s a place that tends to ignite thoughtful conversation about culture at large, whether it’s about the films and performers and directors nominated,” she says. “Certainly, race has been a big part of the conversation.”

The Oscars has long been criticized for its lack of diversity and in 2016 inspired the #OscarsSoWhite hashtag for not honoring persons of color in its performance nominees for two years in a row. The Awards this year just barely missed living up to that reputation, with only one black actor in contention—Cynthia Erivo, for her lead performance as Harriet Tubman in “Harriet.”

The campaign also includes print ads thanking subscribers and announcing how the project has grown since it first debuted and will continue through 2020. 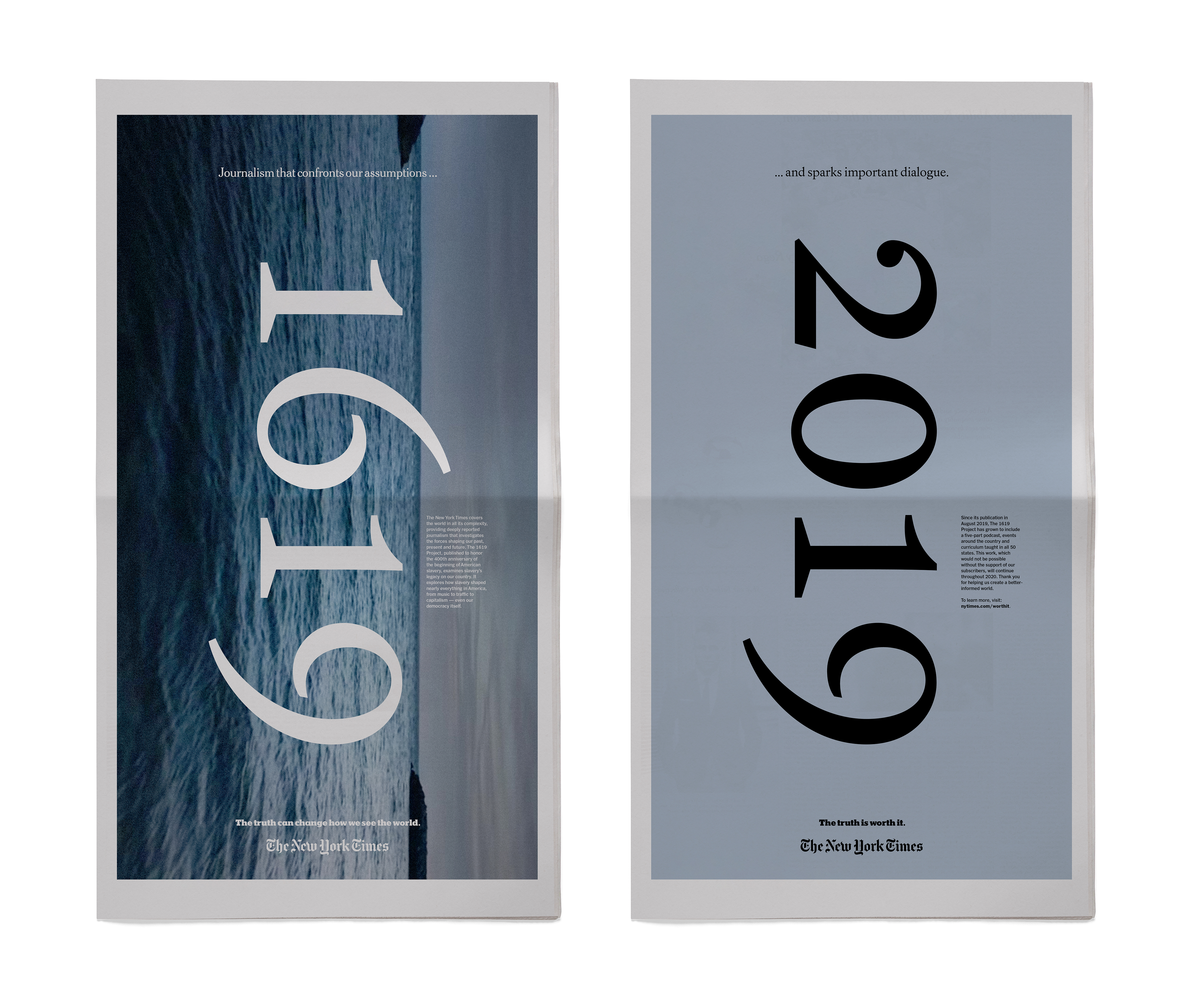 Weisenbach believes the marketing efforts have been paying off. The company recently announced a record 5 million subscriptions, having added 1 million net digital subscriptions in 2019. It also surpassed its goal of hitting $800 million in annual digital revenue ahead of schedule. In 2015, when digital revenue was about $400 million, the Times aimed to hit that amount by year-end 2020.