As UEFA's Women's Euro 2022 soccer tournament kicks off today with England vs Austria, Nike is celebrating the championship with a series of projections onto high profile locations and destinations across the U.K.

In a campaign by Wieden+Kennedy Amsterdam, players from the England team are emblazoned across the White Cliffs of Dover in one projection, with the tagline "You've never seen England like this."

Other locations were chosen to reflect the qualities. personalities and skills of certain players. For example, Lucy Bronze, whose middle name is “Tough”, represents power on the Battersea Power Station, while captain Leah Williamson is projected onto the iconic Tower Bridge. Keira Walsh, known for her creative play, is depicted on London's National Gallery, defender Demi Stokes on the Thames Barriers, and "incredible performer" Georgia Stanway on the Royal Opera House.The images of the players are melded into the red and white design of the St. George's Cross, the well-known symbol of English soccer.

Nike is one of a number of brands running activations around the Women's Euros; others include BT's EE mobile brand which is running a campaign themed around online sexist hate, while TikTok, an official sponsor of the tournament, has created a series of social videos with the theme #SwipeOutHate that aims to combat negativity around the tournament. 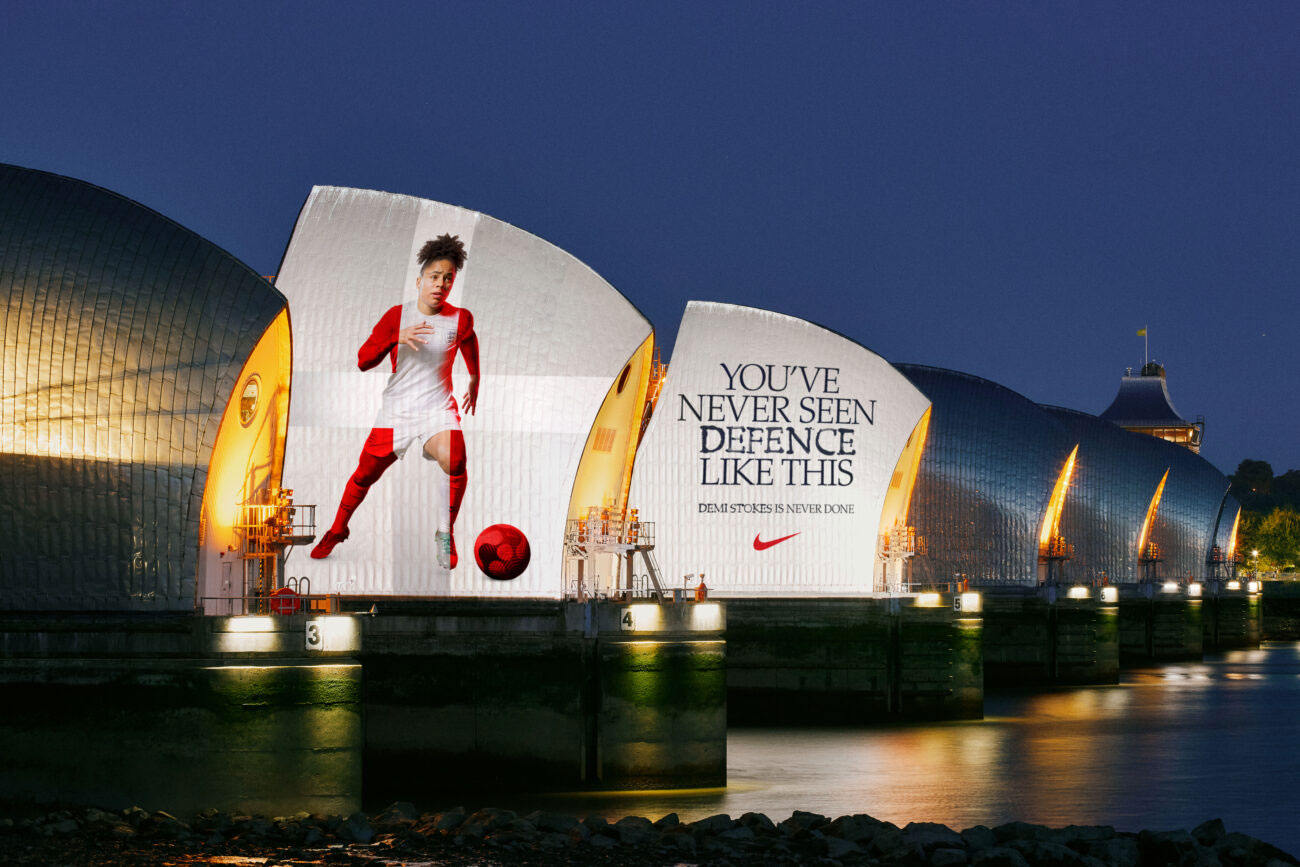 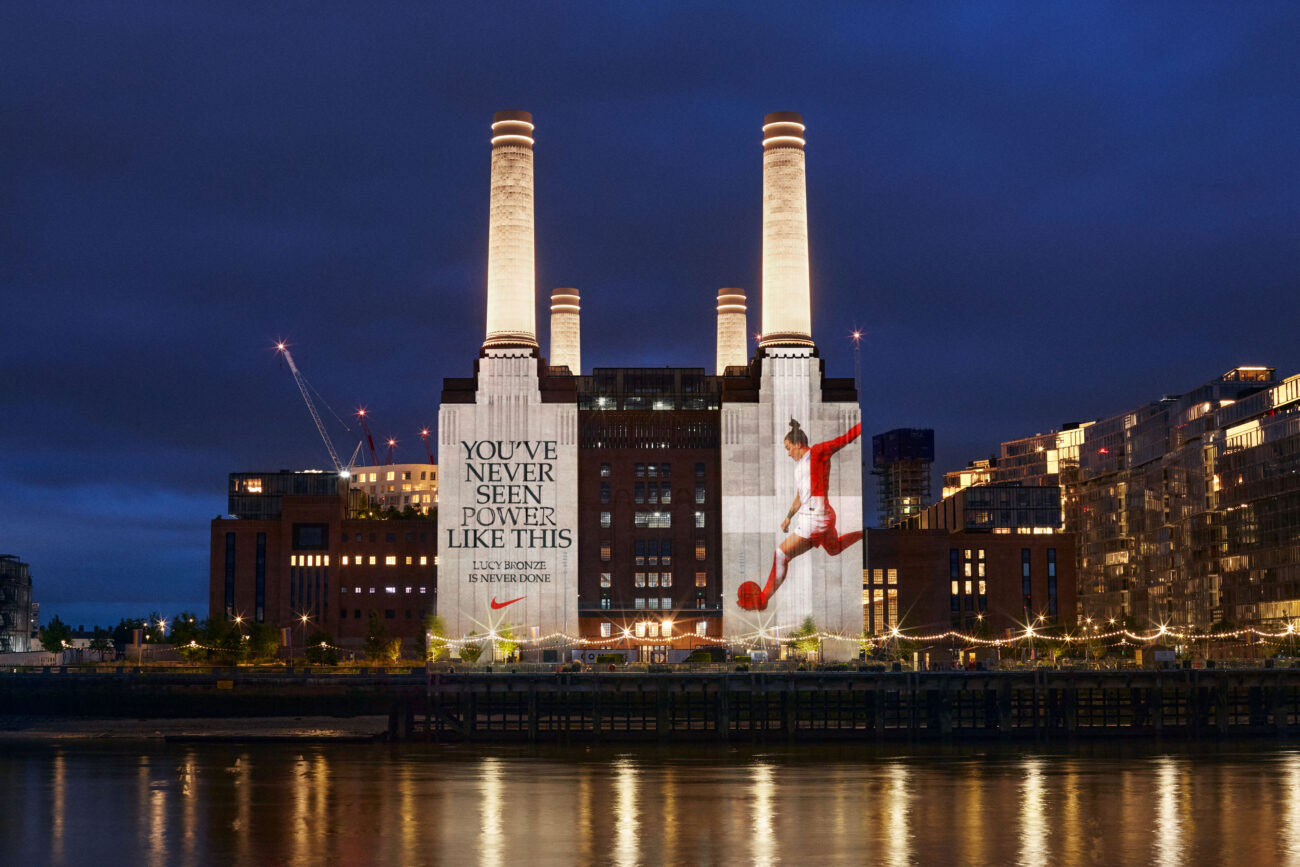 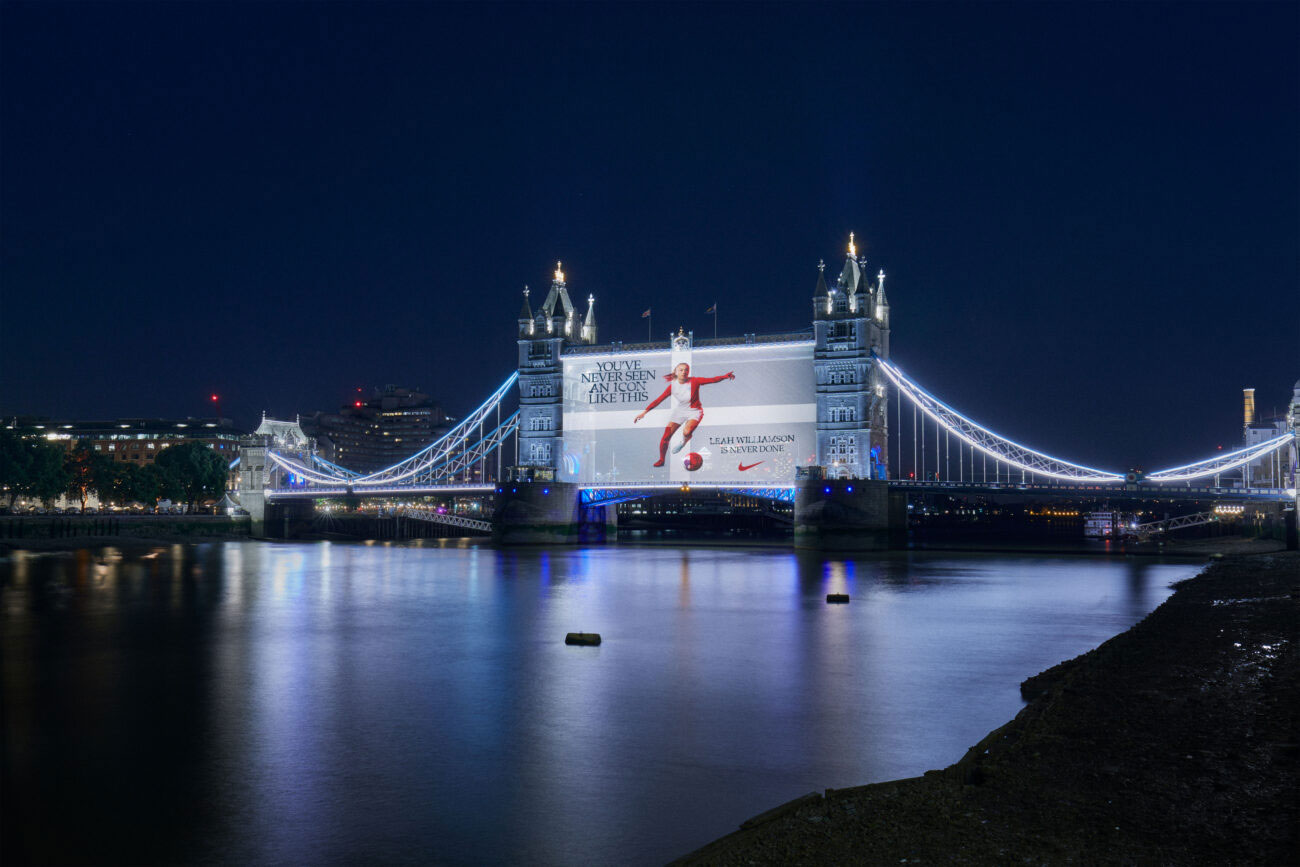 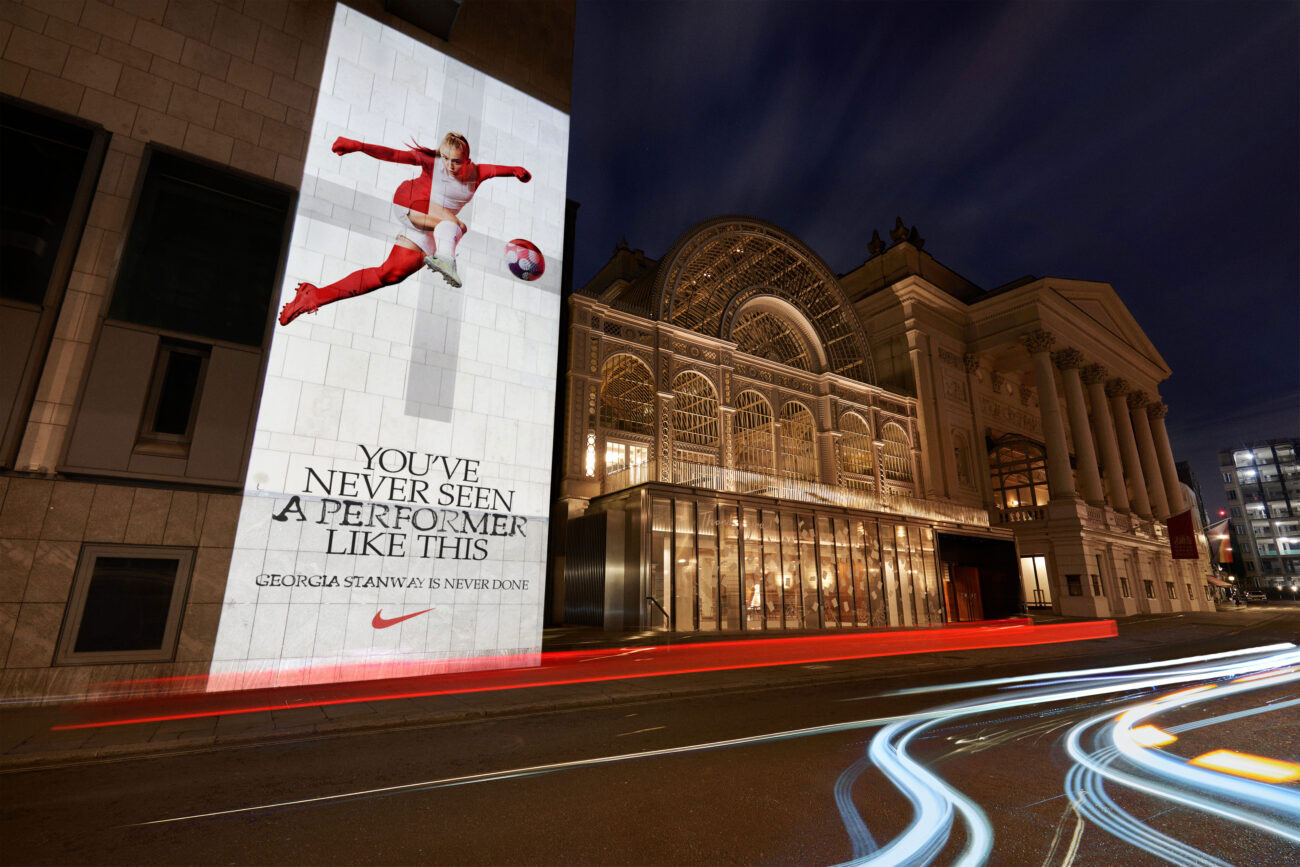 Nike Football: A soccer coach reflects on making his way from prison back to his sport in Nike's inspiring film