Mr. Peanut drives like a nut to save A-Rod from kale chips in Super Bowl ad

In "Crunch Time," Mr. Peanut takes the wheel of the Planters Nutmobile to hastily get to Alex Rodriguez's "nut-mergency." Thanks to Mr. Peanut's speedy and somewhat reckless driving, A-Rod is spared from the fate of having to snack on kale chips, as a can of deluxe mixed nuts flies onto the table.

While Planters already announced the appearance of retired baseball player Rodriguez, the ad also features a cameo by Charlie Sheen. After Mr. Peanut does some particularly daring driving, Sheen remarks "and people think I'm nuts." The soundtrack for Mr. Peanut's epic ride is Motley Crue's "Kickstart My Heart," with a brief pause for "Ave Maria." 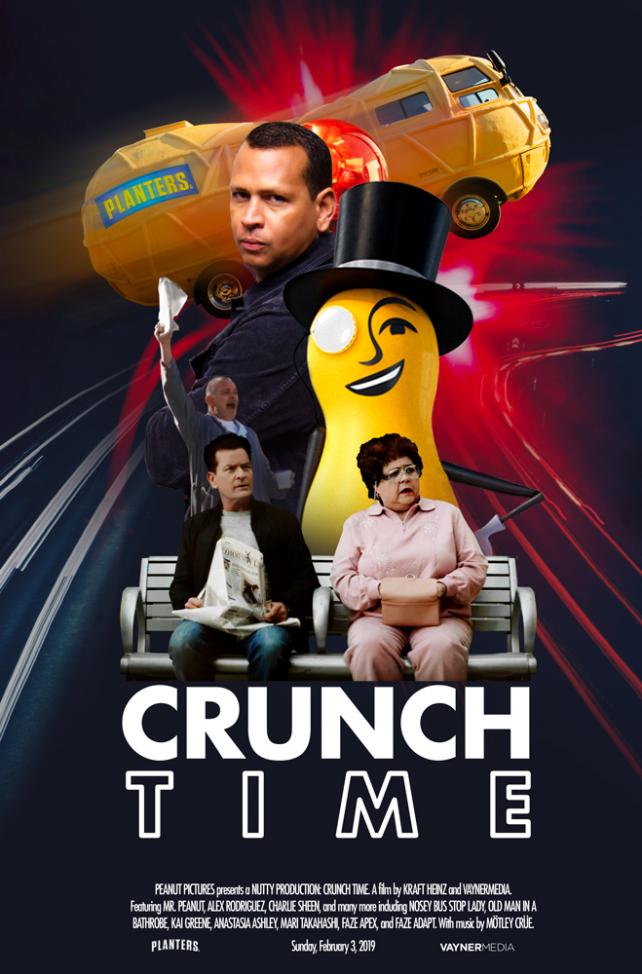 The 30-second commercial from VaynerMedia is set to run during the game's second quarter. An extended 45-second version was also released by the Kraft Heinz brand on Tuesday.

Planters said it will give prizes away via the @MrPeanut Twitter handle on Sunday including signed Rodriguez memorabilia, a solid gold peanut, and the chance to have Mr. Peanut as a personal chauffeur in the Nutmobile for a week.