Over the past few months, director Bryan Buckley of Hungry Man, best known for his popular Super Bowl ads and other blockbuster spots, has paid “tribute” to President Donald Trump in the form of “living statues” that appeared in Washington D.C. and Portland, Oregon. The monuments were actually bold political statements poking fun at his memorable “contributions” to the country such as his photo op at St. John’s Church, his retreat to a White House bunker during Black Lives Matter marches and his deployment of federal forces to quell protesters in Portland.

Now, with less than two months until election day, Buckley and the Trump Statue Initiative, the organization he founded to create these installations, erected a new set of memorials, including one featuring the POTUS along with prominent Fox News hosts Sean Hannity and Laura Ingraham. That new statue appeared in New York City yesterday afternoon in Battery Park and just outside the Fox News building. It depicted Trump driving a golf cart, pushed by Ingraham and Hannity as he appeared to trample over gravestones of American lives lost to the coronavirus and veterans who sacrificed themselves while in service.

One tombstone, for example, read, “IT IS WHAT IT IS—Words uttered by President Trump summing up the record COVID deaths In America,” referencing his remark about the virus’ toll on U.S. citizens during an Axios interview this summer. Another gravestone read “LOSER. 11-12-18 Words uttered by Donald Trump regarding the American soldier lost in battle,” referring to Jeffrey Goldberg’s recent piece in The Atlantic about the POTUS’ disparaging comments about veterans and war heroes.

The pedestal of the statue features the title, “The final push,” encapsulating Trump's efforts to drum up support as November 3 approaches. It’s accompanied by the words “45th President of the United States Donald Trump—'Destroyer of Civil Rights and Liberties' 2016-2020."

According to the Trump Statue Initiative, Battery Park was selected for its backdrop of the Freedom Tower, as many of those involved in the project were personally affected by 9/11, and Buckley himself had shot some work around opening up New York City after the tragedy.

“President Trump has ignored the fragility of life as he seeks to power his way through these final days into another four years in the White House, no matter the cost,” TSI tells Ad Age. “We felt that New Yorker’s value of life would be specifically reflected by this view. At the peak of COVID so far, the United States averaged as many deaths as 9/11 every three days, and Donald Trump’s response was to say, ‘It is what it is.'’’

Other monuments that appeared yesterday featured simpler scenes showing Trump holding his hand to his chest in salute while his other clutched a money-stuffed briefcase, side by side with a kneeling football player (“The Giant vs The Stealer”). Another depicted Trump holding a BLM sign, punctured with bullet holes, while he patted the head of a man holding a machine gun. “Good boy, sit,” read the title of that piece. 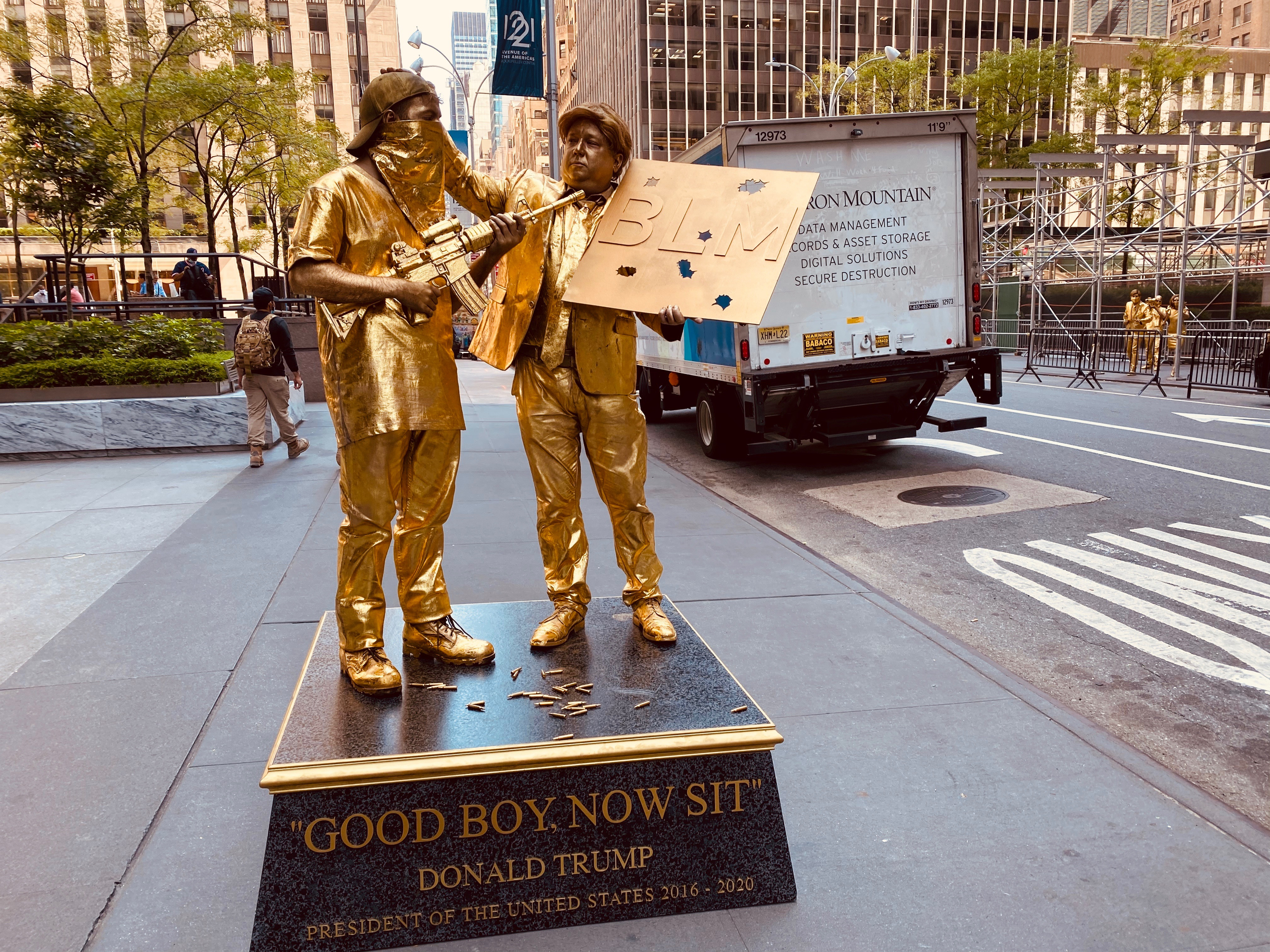 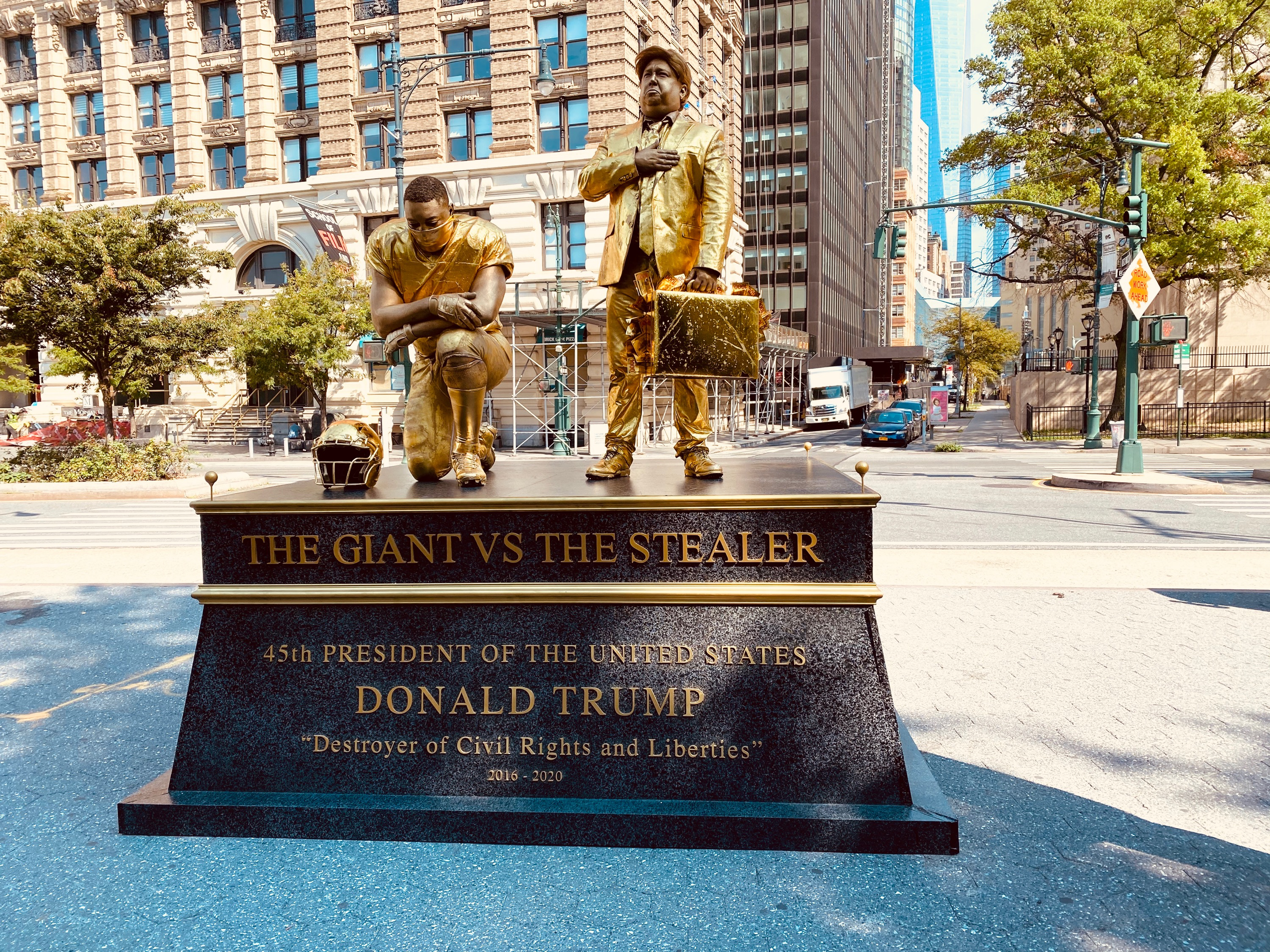 Over Labor Day weekend, the Trump Statue Initiative also made its way back to D.C. and teamed up with artist collective Chalk Riot to create fake shadows near mailboxes around the city. One in Freedom Plaza took the form of a finger pointing toward the White House and read “He’s the fraud,” while others featured lines like “I will fight racism” and “Fight fascism.” 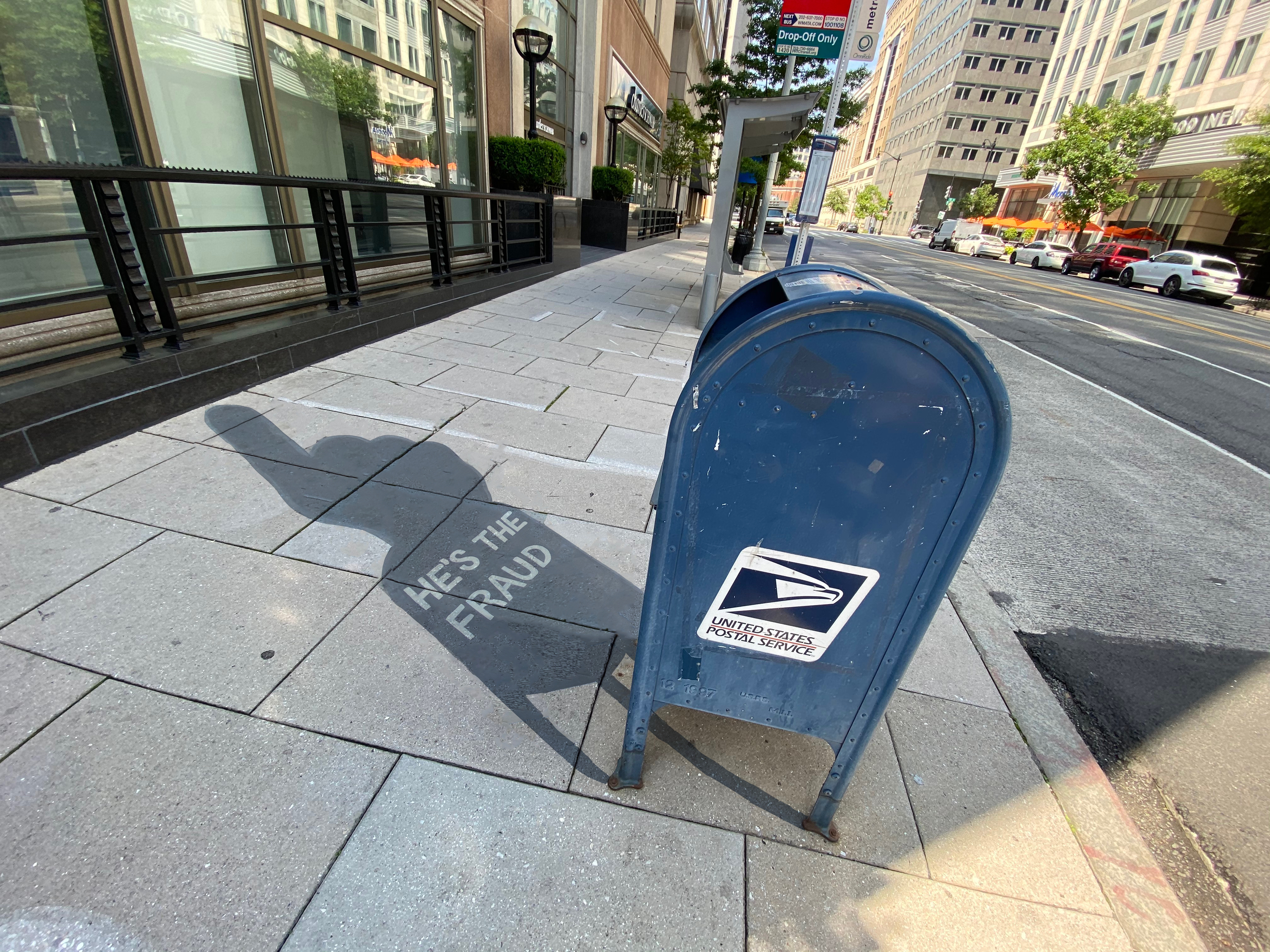 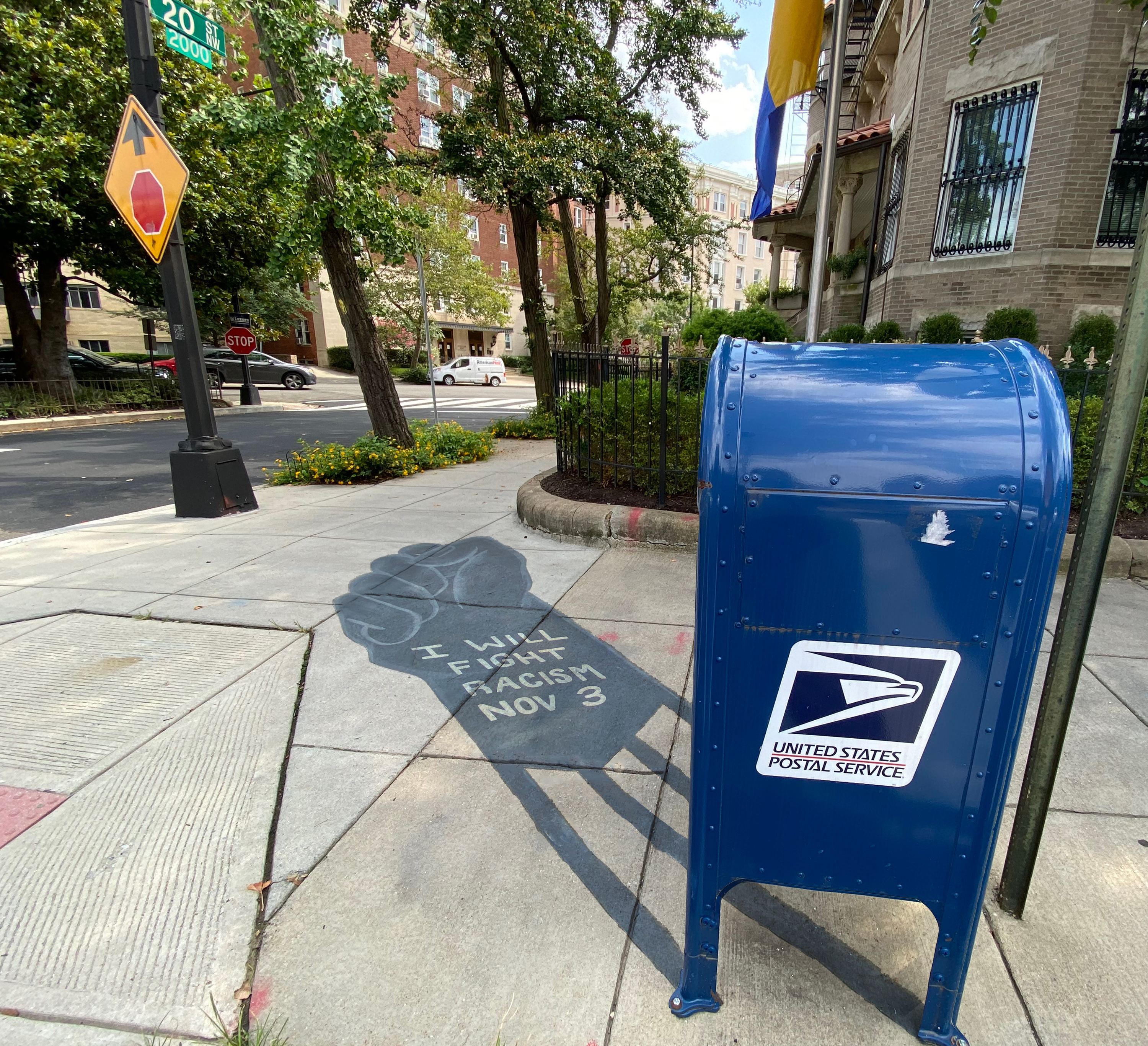