Best of 2015 No. 6 Integrated/IX: That Bag of Chips Is Also an Airline Ticket

At No. 6 in Integrated/Interactive, French agency Les Gaulois and Transavia brought budget airline tickets arguably to where they'd never been before -- the aisles of the grocery store. In an effort to convert potential travelers to actual flyers, the brand created innovative new packaging for snacks like chips and gummy bears into easy purchase vehicles for tickets to destinations such as Portugal, Barcelona and Berlin.

How do you convince convert potential airline travelers into real ones? With a bag of chips -- in the case of this clever stunt for Transavia, created out of French agency Les Gaulois.

In order to distinguish itself from other airlines, whose tickets can easily be bought online, Transavia went totally offline and into the aisles of the grocery store and in vending machines. The company turned bags of chips, chocolate bars, gummy bears and other snacks into plane tickets. Each was labeled with a specific destination, such as Barcelona, Portugal ior Berlin, and included a QR code through which customers could reserve their flights.

The campaign was accompanied by outdoor ads, online and a series of online films showing people entrenched in their boring work lives -- reaching into their bags of snacks to arrive at a dream destination. A smart, fun strategy to induce a new kind of "impulse" buy. 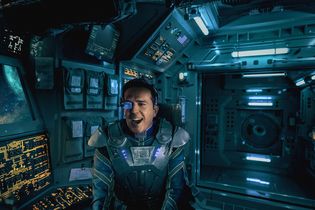