A Snoop Dogg classic becomes a rallying cry for voters

For Snoop Dogg, the 2020 election will be the first time the rapper says he will vote. The Democratic National Committee (DNC) is taking that news and running with it, using his 2004 chart-topper hit “Drop It Likes It’s Hot” as an anthem for a new spot to get others excited to “drop” their own votes.

In the one-minute spot, the DNC features individuals explaining why voting is important and shows them “dropping” their ballots at official ballot drop boxes, which have been set up in states across the U.S. as the country expects a high-rate of mail-in voting.

Although Snoop Dogg himself does not make an appearance, the spot features a number of micro-influencers like the Compton Cowboys, a group of friends from childhood who use horseback riding and equestrian culture to help inner-city youth and have a following of 136,000 followers on Instagram.

The spot is running across digital platforms including YouTube, Facebook and Hulu, with emphasis in swing states: Arizona, Florida, Michigan, Pennsylvania and Wisconsin.

It was created by L.A-based creative agency Cashmere, which has had a long-running relationship with Snoop Dogg. To helm the ad, it tapped director Chris Robinson, known for his work for “Black-ish,” “Wu-Tang: An American Saga” and music videos for Chris Brown and Drake’s “No Guidance” and Lil Wayne’s “How to Love.”

“With the challenges happening with the USPS and mail delivery services being slower than ever before, the song embodies the sense of urgency that we should all have right now to vote early,” he tells Ad Age. “[Snoop Dogg] has the influence and reach to ensure that young people, especially young people of color will play an active role in this election.”

Cashmere is also working on a voter registration drive campaign called #VoteWithSnoop that runs through election day in partnership with Rock the Vote and 1Vote Closer. Along with social media posts, the agency’s social justice initiative OneOpp worked with street artist and Obey Clothing founder Shepard Fairey to create a series of posters set up around L.A. that show Snoop Dogg and state: “I’m voting because I want to end police brutality.” QR codes on the posters allow viewers to register to vote. 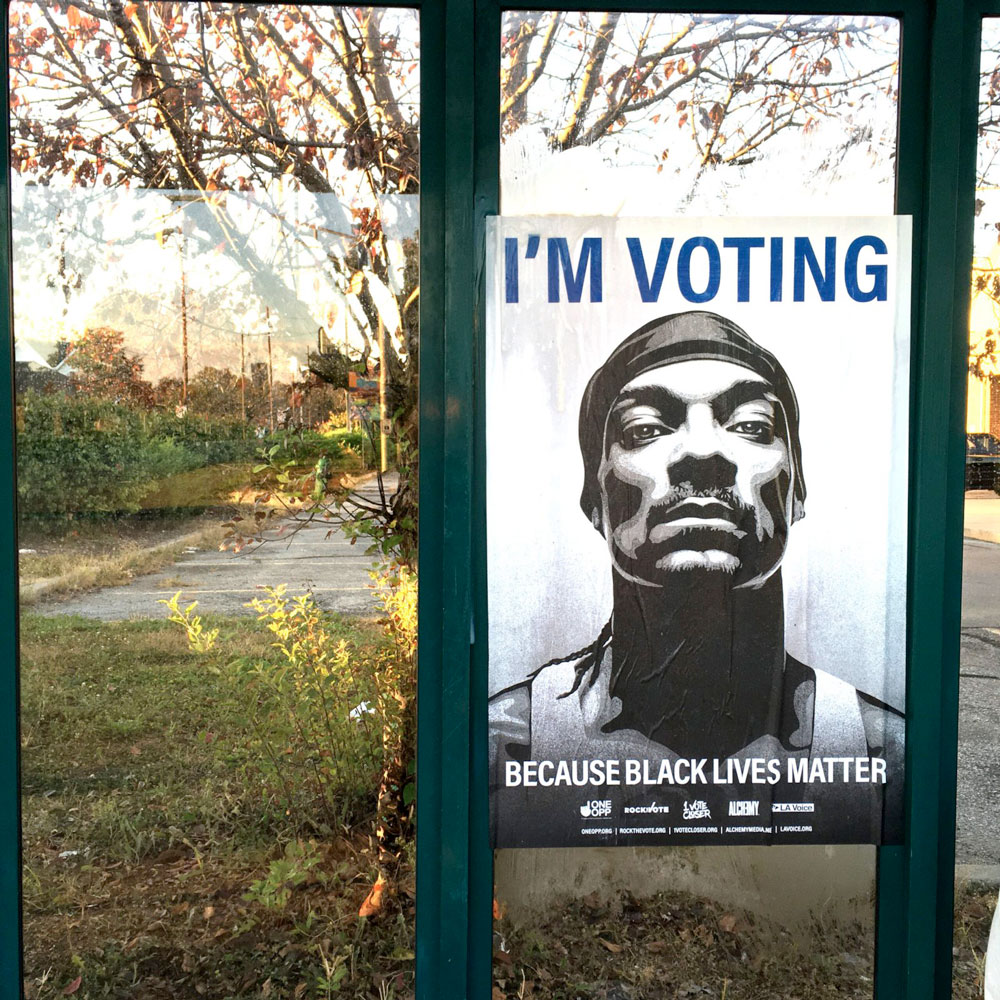 Danielle McCoy on celebrating the Black Joy Parade with dynamic images of power, pride and liberation