Talking dogs, singing cats, glittery dancing unicorns. If you have a working web connection in 2013, you're likely to have spent (more) time (than you care to admit) watching such videos. Which is why Dutch mobile provider Hi and FHV BBDO bring you #morecrap from the internet in a campaign they launched this week. The reasoning is simple: a subscription to fast 4G internet + big data plan = you guessed it, all of the internet crap you can handle (within your data limit).

The company's desire to attract a young demographic is what inspired the web-focused campaign and partnership with popular Dutch website dumpert.nl, now home to Rotterdam-based actor, funnyman, and Uria Arnhem's #morecrap webseries. Mr. Arnhem gained recognition in the Netherlands after being featured in previous Hi commercials and will continue to explore the world of internet nonsense in the series. And hopefully, he'll encourage followers to create and share their own nonsensical content.

Budget allocation favored the world wide medium as opposed to television, so the client's counting on support from image-based social media sites and their devotees to help spread the word. The team started off by placing unbranded content on Reddit, 9GAG and Vine -- within an hour, one of their films became the most popular GIF on Reddit and that in turn was viewed more tahn 250,000 times on 9GAG the same day.

Hi will launch a large-scale video banner campaign next week. Additionally, the Hi and BBDO team has joined forces with YouTube in creating pre-roll ads like this one and this one -- starring Mr. Arnhem, hoping to keep viewers so enthralled that they will forget to click "skip ad" altogether. 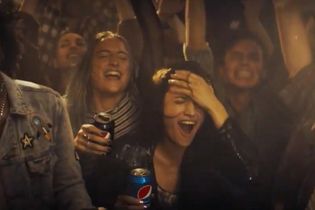 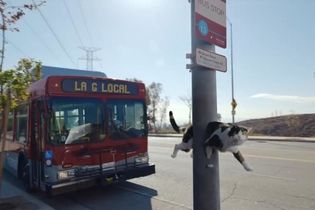 Production Company :
We are Will