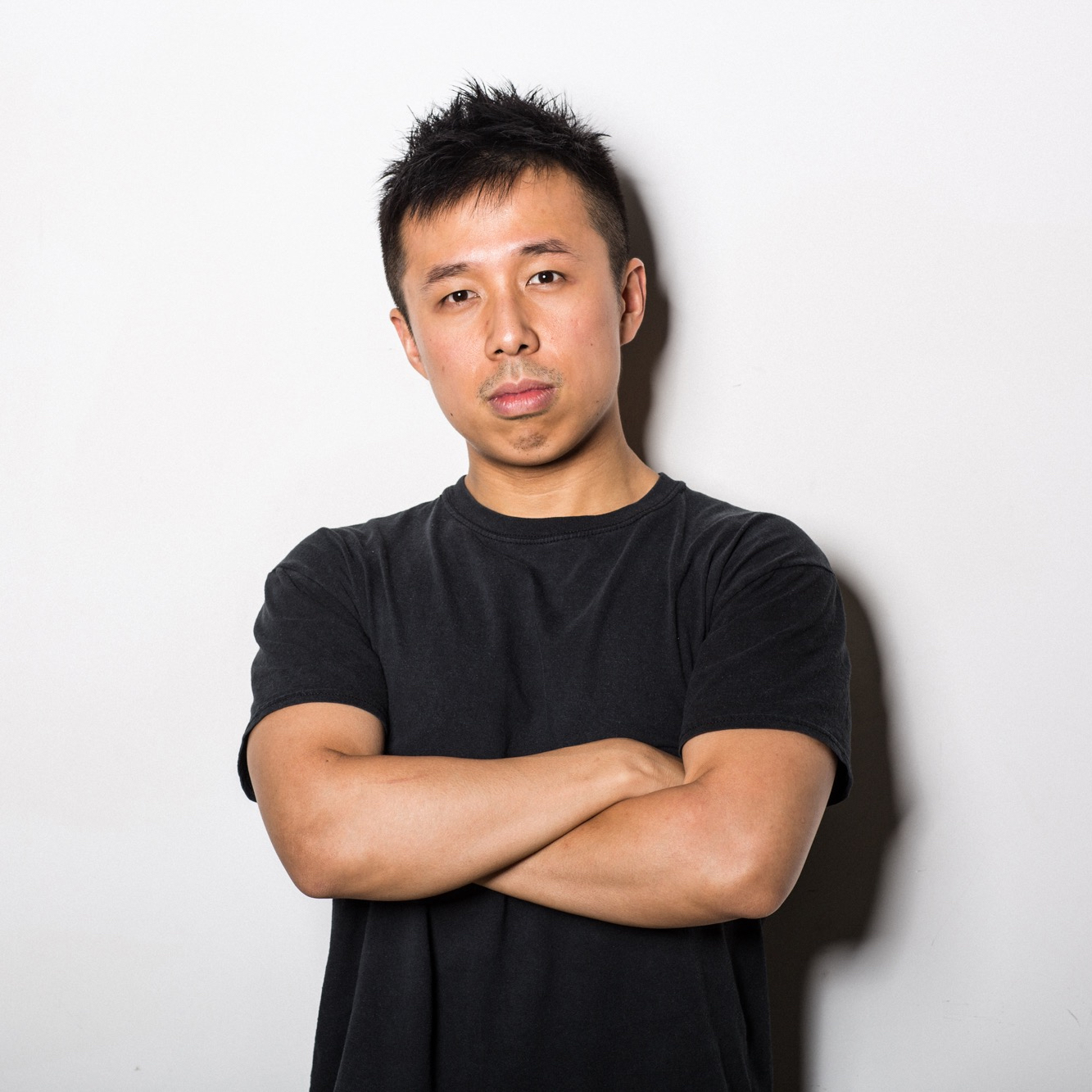 Today’s installment of our Asian American Pacific Islander Creative Excellence series shines a light on Eric Lau, who divides his time across a number of creative gigs: Currently, he serves as director of visual intelligence at Omnicom Group cultural consultancy Sparks & Honey and also teaches at Parsons, FIT and Miami Ad School. And then, there’s his career as a fine artist.

In 2012, Lau made the leap to seriously pursue his passion for photography. Since then, he has received numerous honors for his photos, which have been featured in the New York Times, Apple’s Instagram account, Time Out New York and more. He also dedicates much of his time to sharing insights and lessons about his craft to aspiring talents (as seen in the photo above, of a presentation he gave at an Apple store in Brooklyn).

This week’s guest editor, Kay Hsu, head of creative and design, partnerships marketing at Facebook Inc., describes Lau as “the epitome of a creative soul that can do both art work and commercial work.”

Here, Lau shares about how one key decision led to a full and fulfilling dual career straddling art and commerce, and how he now makes all his pictures with one device: his iPhone.

I don’t have a campaign or piece of work that changed me and my life; instead, it was a decision that did that for me.

My journey started in 2009 when I was a fresh graduate from Parsons School of Design. Quickly I found my footing within the advertising industry. I worked as an art director for many different clients including Lego, Star Wars, LG, United, Jameson, and Wendy’s, with some agencies including Saatchi and TBWA. Our luck was great, and Cannes, the Clios and Art Directors Club recognized the work we did. But despite such recognition, deep down, I felt a need to go beyond this and surpass the “now” I was currently in.

In 2012 I decided to pursue my passion for photography as a fine artist. This was a pivotal point that made me into who I am today.

I have always loved photography. I became hooked on studio photography in 2007 when I was interning at JWT Hong Kong. I got really fascinated by the idea of creating images with lights and a camera. I loved it so much that I threw together a portfolio and studied communication design and studio photography after the internship ended. However, I found that the idea of working in a studio with lights and cameras pretty sterile. So after a year of work, I didn’t pursue it further. My photography came to a pause.

It wasn’t until I started working in NYC that the idea of street photography kicked in. A French colleague invited me to explore the streets of Brooklyn, and I really loved the idea of creating images that reflect culture and reality. The adrenaline from wondering if the best image is right around the next corner ignited my passion to go further. Every street photo, good or bad, is “ichi-go ichi-e,” which roughly translates from Japanese to “once in a lifetime.” It describes a cultural concept of treasuring the unrepeatable nature of a moment. In studio photography, you can more or less recreate. But when it comes to street photography, your subject, yourself, the lights, are all out of your control and the scene will only appear once, and you have this one moment to capture it. It has made me treasure each moment I have to create images on the street, and to an extent, to treasure more each moment in life.

My choice of equipment has surprised many. All the images I have shot since 2015 have been on an iPhone. One day, I read a phrase “The best camera is the one you have with you.” It really resonated with me. It isn’t about the camera you have, and you do not need any kind of fancy, expensive camera in order to be serious about photography. That’s why I finally decided to sell my vintage camera collection, my DSLR collection and use my cell phone camera. This approach has really given me clarity to focus on how to make my images instead of what kind of equipment I used to make my images.

My breakthrough came when I started  using my daily subway commute to make images, instead of focusing on something “afar” like a neighborhood that I have never been to or an exotic country. The subway is such an infinite source of inspiration. I keep seeing new things even though I’ve been in NYC and riding the train since 2005.

One particular photo from my NYC Subway series won the title of "Winning Artist" at an exhibition held at Sotheby's NYC in 2018 and was then purchased by a prominent art collector. It is a classic NYC subway scene of two teenagers, only their hands in the photo. I was on my way home, and the subway doors were closing. Just before, the two teenagers tried to rush onto the train. One made it and the other didn’t and was left on the platform. His hands got to the door and he was trying to get it open again. His friend who made it on the train pointed and laughed to tears (the pointing finger on the right side of the photo). The operator wouldn’t let the door open, and the two friends were separated. I was at the right place, right time and captured this in a very precious few seconds.

The following year, I earned first place at the International Competition of Photography (ICP) for another photo. I saw two girls on the subway and I noticed they both wore white tops and a denim skirt. I thought to myself, what a great image! After I was able to get my camera, a lady got onto the train and stood right between them. I was kicking myself— if I had been slightly quicker, I would have gotten that image. I took a few shots anyways, and ended up with my favorite picture. The lady who stood in the foreground created a very unique composition, and I was so glad that I took the shot in the end.

Many people I’ve met have doubts about if their artwork is worthy or not. I hope my pursuit of my fine art career so far can show that you do not need to do this full time and sell everything to become an artist. You can be both. Also, you can go a long way without any formal fine art training. Ultimately it is not about being published in certain place or getting certain awards. It is the journey of self discovery. If you are being honest with your art, it will inform so much about who you are. And I believe this goes beyond art and creativity and can be applied to so many things in life. As long as you believe in it, you can do it.